Dr Jack Underwood is a poet and critic. A winner of the Eric Gregory Award in 2007, his debut pamphlet was published by Faber as part of the first Faber New Poets series in 2009. He has taught courses for the Arvon Foundation, Ideas Tap, The Poetry School and the Poetry Society’s Young Poets Network. Jack was awarded a Jerwood Opera Writing Fellowship in 2009 and wrote the libretto for the opera The Commission, (comp. Elspeth Brooke) which was performed at The Royal Opera House, Aldeburgh Music and Opera North in 2014.

He was co-founder of the leading anthology series Stop Sharpening Your Knives and has published work widely in UK magazines, and internationally, having been translated into seven languages. As a critic he has been a regular reviewer for both Poetry Review, and Poetry London, and has also published essays with Five Dials (Hamish Hamilton) and Prac Crit. He has been commissioned to produce new work for Tate magazine, the Centre for Contemporary Art, Derry and Sprüth Magers gallery among others. His debut collection Happiness was published by Faber in 2015 and is winner of the 2016 Somerset Maugham prize.

Jack has run workshops both inside and outside of academia for nearly a decade. While he continues to support emerging writers outside of his academic role, he has been teaching undergraduate students at Goldmsiths since joining the department as an associate lecturer in 2007.

He has been course convenor of the Level 6 ‘Project Development’ creative writing dissertation module since its first year, in 2009-10, and also remains a regular tutor on the Level 4 ‘Foundation Workshop’ creative writing module. Elsewhere he has taught on the ‘Modern Poetry’,’ ‘Engaging Poetry’ and ‘Introduction to Poetry’ modules, as well as ‘Creating the Text’.

He also gives lectures on Level 4 undergraduate English modules on poetry and literary theory. He has been the Staff Representative for the English Society, and Admissions Tutor for the BA Hons English with Creative Writing degree programme since 2009.

Jack has supervised Creative Writing PhDs including work on fragmentation and feminism in modern and contemporary contemporary fiction, found poetry, ‘Post-Internet’ poetics and Hauntology, Gender and the lyric ‘I’, and contemporary Haiku. He has also supervised undergraduate dissertations on Sylvia Plath, Anne Sexton, and Spoken Word Poetry and race.

Jack continues to publish poetry widely, but has also been working on a non-fiction work, Not Even This, which looks at the epistemic value of “uncertain” poetic knowledge forms, and the role that poetic language plays in other fields, such as mathematics, quantum theory, black hole science, post-humanism and robotics, as well as finance and law.

I am a poet, librettist and musician, currently completing a PhD in Creative Writing at Goldsmiths. I am interested in emerging theoretical approaches to creative writing studies, post-structuralism and psychoanalytic theory. I co-edit the anthology series Stop Sharpening Your Knives and write reviews for Poetry London and Ambit.

Underwood, Jack. 2019. This has no sound. Poetry London, London.

Underwood, J W. 2016. Instead of Bad News about a Person I Love. POETRY FOUNDATION, Chicago. 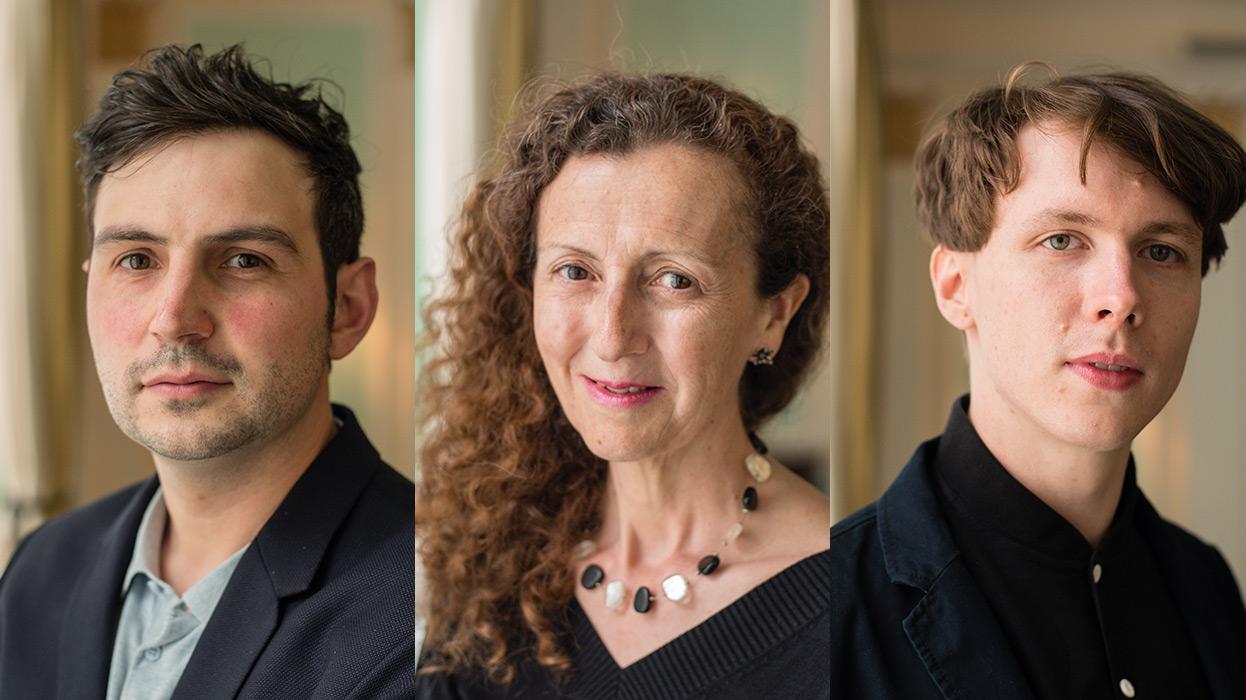