Earlier this month the BBC launched Year ’21, a series of radio programmes exploring the story of the creation of Northern Ireland. Contributors toward the 50-episode series include Goldsmiths, University of London’s Professor Richard Grayson.

Following his first appearance on Year ’21, we asked Richard for a potted history of 1921’s significance, discussed his research into his own family ties to the Unionist story, and asked how historians can help people understand the complexities of Irish history.

Richard Grayson: We’re marking 1921 as part of a wider ‘Decade of Centenaries’, as it is called across Ireland, which has included not only the events of the Irish Revolution, but also the First World War. 1921 was pivotal in the history of the island of Ireland - it was the year in which two new states were initiated.

Northern Ireland was actually created in December 1920 under the terms of the Government of Ireland Act, which also established a state which the British called ‘Southern Ireland’. The British government hoped this would end the crisis which began with the publication of the Third Home Rule Bill in 1912, and had resulted in the outbreak of the War of Independence in 1919. The 1920 act came into force in May 1921.

Many Unionists had never wanted partition, but it was better from their perspective than being part of a Catholic-dominated Irish Parliament based in Dublin, so they went along with it and the Northern Ireland Parliament was opened by King George V in June 1921. However, Irish Republicans had no intention of accepting a ‘Southern Ireland’ which fell far short of their goal of independence, so the War of Independence continued until the Truce of July 1921, which eventually led to the Anglo-Irish Treaty in December. That treaty proved to be deeply controversial. It created the Irish Free State which was more independent than ‘Southern Ireland’ would have been, but Michael Collins’ acceptance of, for example, partition and the continuation of the King as head of state, was objectionable to many Republicans and that led to the Irish Civil War in 1922 to 1923.

SC: So should 1921 be seen as a commemoration or a celebration?

RG: There’s considerable controversy in Northern Ireland over whether 1921 should be seen as a commemoration or a celebration. There are certainly Unionists and Loyalists who want it to be the latter, because the existence of Northern Ireland is absolutely central to their identity and the new state’s creation is something they wish to mark in a positive way. On the other hand, it is the moment at which partition of the island was enshrined in law, so Nationalists and Republicans do not see anything to celebrate. They do have an opportunity to discuss once more why they think that partition was wrong. For historians, it gives us ample opportunity to reflect on what happened, why it happened, and the significance of that history for people's identities today.

SC: How are you and your Department of History colleagues involved in the Year ’21 series?

RG: The BBC first contacted my colleague Erin Scheopner, an Associate Lecturer in History with particular interests in the way that the media covered the period from the Easter Rising through the wider Irish Revolution. That was the subject of her PhD and is currently being turned into a book so she has significant expertise in the field and will be contributing toward later episodes. We’re strong on Irish history generally at Goldsmiths, with Maurice Walsh also having written two brilliant books on coverage of the Irish Revolution in the media. I think that people can expect to hear lots of Goldsmiths voices on the programme.

Much of my expertise in this period is on matters related to the First World War. I'm going to be talking about veterans’ experiences in the new Northern Ireland state, and also how the state co-opted commemoration of the First World War into its rituals. For me, one of the really interesting points on this subject is how service in the First World War is absolutely essential to a Unionist identity, something I know about from my own family. In episode three of the series, I talk about Unionist perspectives on partition. 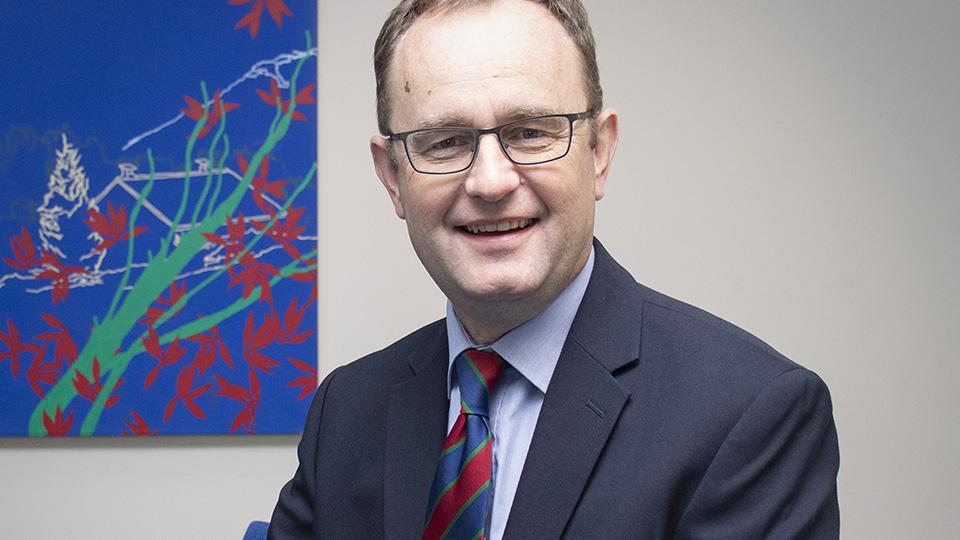 SC: Can you tell us a bit more about your family’s long history in Northern Ireland?

RG: The family story is that six Grayson brothers went from England (Grayson being a common name in both Lancashire and Yorkshire) to Ireland in the late 1600s as part of King William's army. In addition, my paternal grandmother's family were called Powell and they were said to be descended from Huguenots. I’ve not been able to verify those parts of the story, and they are certainly the types of things that Unionist families would like to say about themselves, so one needs to be wary of the possibility of myth coming in here. However, I have traced the Grayson line back to the 1790s in Lurgan, County Armagh, and there were also Graysons in that area in the early 1700s, which would fit with the story about going there in King William's army. At some point I will try and fill in the gap, as it looks like they moved somewhere between the early and late 1700s.

By the early 1900s both of my grandparents were living in Lurgan and their families signed the 1912 Ulster Covenant (to protest against the Third Home Rule Bill introduced by the British Government) in large numbers. Men signed the Covenant, and women signed a Declaration in support. My grandfather, Edward Grayson, signed it with his brother Francis (their names are next to each other on one page). My Grayson great-grandparents, Francis and Mary, signed along with many other relatives. On the Powell side, my great-grandparents signed it, and many other relatives, though not my grandmother, Maud, which has always intrigued me. Roughly half of the Protestant population of Ulster signed the Covenant or the Declaration, which was a major mobilisation of public opinion.

Meanwhile, a great-uncle (a brother of my grandmother), Joseph Powell, joined the Ulster Volunteer Force in 1913 and later went off to war in the 36th (Ulster) Division which was formed from the UVF. His younger brother, Charles, served in the same division, but in a different battalion because he enlisted under-age in Belfast, ending the war as a prisoner of war in Germany. Their elder brother, James, was killed serving in a regular army battalion in 1915. It was his story – in which he was much talked about as ‘Uncle Jimmy’ - which sparked my interest in the First World War, along with the story of my grandfather, Edward Grayson, who served in the Royal Flying Corps in 1917-18. These combinations of politics and military service are absolutely central to the narratives which Unionists offer about themselves, and having those in my own family have given me an insight into that mindset, as well as feeling a strong personal connection. 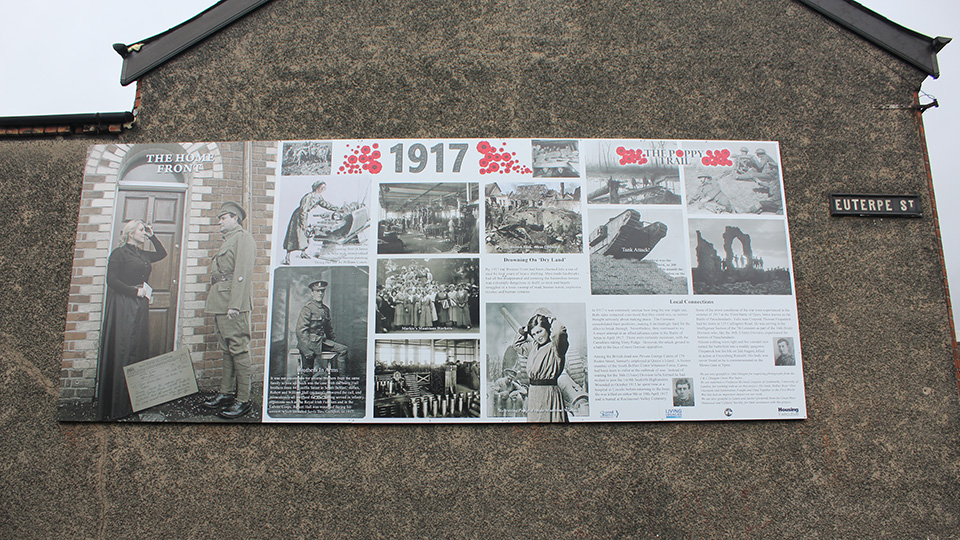 SC: The introductory episode of ‘Year 21 discusses how many people see Northern Ireland simply through the ‘prism of the Troubles’ and its history is taught ‘casually’ in schools. How do you think people could or should best access this history?

RG: I think that it’s key for schools and universities to ensure that the complications of history are more widely understood than they often are. I’ve been very involved in public engagement work during the Decade of Centenaries, and this has led to my research being a Research Excellence Framework case study both in the 2014 REF and the upcoming 2021 REF. One of the things I have tried to do is explain complications and to try to overcome some of the sectarian narratives which are offered. For example, within Loyalism in particular, there is a focus on service pre-war in the Ulster Volunteer Force, leading to service in the British Army in the 36th Ulster (Division) in 1914-18, highlighting service on the Somme in 1916. In reality, not much of the war is talked about, and this approach dominates the murals that you see on the gable ends of houses in Belfast in particular.

I understand some of that – I had two great-uncles in the 36th Division. However, my grandfather was in the Royal Flying Corps not the Ulster Division. My great-uncle who was killed, was nowhere near the Somme and was serving in a regular battalion. The vast majority of men from Ulster did not serve in a sectarian or political formation. Those regular battalions were at the heart of Belfast and Boys: How Unionists and Nationalists Fought and Died Together in the First World War. They were interesting to me as an academic because their composition - mixed between Protestants and Catholics - indicated a hidden history which is very different to the sectarian narratives of contemporary popular memory.

I’m not suggesting that because men did some things together in the past, there are no important differences on the island of Ireland. But what I have done is try to suggest that the past - which has so often been simplified and used to tell a divisive narrative - is far more complex than people realise. Rooting divisions today in apparent divisions in the past overlooks the reality of what that past was. One of the ways this has manifested itself in terms of ‘impact’ is in a series of murals in the Greater Village area of Belfast which have used information from my research to offer both ‘sides’ of a story which is commonly told as being one of largely Protestant service in the British Army, almost always focused on the Somme.

SC: What can historians do to research and communicate this complexity?

RG: The obligation for people working on these issues is to carry out thorough historical research, and then tell the stories in a way that reflects our research and can speak to concerns that people have today. With caution, we should engage with people starting from where they are, and build on that, rather than go into communities in some kind of revisionist way suggesting that what they think is somehow ‘wrong’. It's not wrong, it's just only part of the story.