BBC Radio 4 presenter John Humphrys has branded the Today programme's 'Thought for the Day' feature 'deeply boring', sparking debate over whether it should be replaced by secular content.

Goldsmiths Professor of Race, Faith & Culture, Abby Day, believes the feature should be replaced, and claims that religion should be put under similiar scrutiny to that which Today's guests often face at the hands of its presenters.

She said: "The country’s foremost news presenter, John Humphrys of the BBC ‘Today’ programme was right to call for an end to the programme’s ‘Thought for the Day’ slot.

"This three-minute, Christian-dominated segment is, he suggests, inappropriate because 'rather more than half our population have no religion at all. Certainly, very few of them are practising Christians … we have Hindus of course, and we have the occasional Muslim, the occasional Jew, but by and large it’s Christian. Why?'.

"Although he’s right that the Christian-centred slot does not reflect today’s contemporary religious landscapes, where most people have no religion - that’s not only the reason the BBC should abandon it.

"Whatever religious persuasion that commentators might have - if even, as Humanists UK has long suggested they may have none - the central problem reflects one of the main reasons people have rejected religion in the first place - they don’t like being preached at. As he says, an otherwise fascinating news show is cut short so listeners 'can hear somebody tell us that Jesus was really nice'.

"The Today Programme should report on religion as an important social force, responsible today for both war and peace, killing and cohesion. It does not belong in a ‘God slot’, but should be subjected to the same tough grilling Humphrys and associates give politicians and other leaders in the public sphere.

"Younger generations have turned away from their parents’ and grandparents’ respect for so-called ‘tradition’ and authority. Religion does not get a ‘get out of jail free card’. For about the last 50 years, generations from the baby-boomers to millennials have chosen to believe in authenticity, legitimacy and a kind of authority that earns itself. They would much rather exchange thoughts with people for whom they have a respect because they can have a dialogue with them, unlike the older generation – whom I call the last active Anglican generation – who still bend a knee for God, Queen and country.

"That’s why the traditional Anglican churches have an average congregation size of around 50 people, most of whom are well over the age of 60. That’s the age group that listens to ‘Thought for the Day’ and will, undoubtedly, cry to the BBC and anyone else who will listen that Humphrys’ attack is not just an attack on programming, but on all the values ‘we’ (meaning ‘they') cherish and form part of ‘our’ (meaning ‘their’) Christian culture.

"Plainly, they’re wrong, but it won’t stop the headlines surge to come over the next few days." 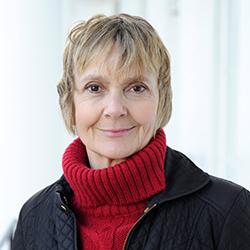