The concert featured the BBC Concert Orchestra and BBC Singers, conducted by Barry Wordsworth, who presented a celebration of royal music for the Queen’s Platinum Jubilee.

Berta, a music scholar, BBC critic, and former professional singer, has a range of specialisms - from eighteenth-century European art repertories through to British ballad opera and transatlantic Black music of the past.

Lizzie Ellis: Why, historically, has music been such an important part of royal occasions?

Berta Joncus: Music at royal occasions was important for shaping the feelings of all those involved. The BBC Prom 10 programme provides examples of royal music’s varied affective impacts from across 500 years. The contrasts, from the Tudor era to today, are radical. King Henry VIII not only composed music for royal occasions but also vastly expanded the use of music at court events, from religious worship to lusty dances.

As musical conventions and royal taste changed, so too did the ways in which music interpreted a royal event for its participants. A major shift came in the late 17th Century with the emergence of the public consumption of music. Coronations, weddings, and jubilee celebrations began at this time to be held within vast soundscapes intended to express royal aspirations.

That’s one reason Handel’s 1737 Coronation Anthem Zadok the Priest, which features in the Prom 10 broadcast, was such an instant hit. The anthem’s complexity and grandeur – which critics of the day called ‘sublime’ – immersed the 1000-plus attendees at its premiere in their monarchs’ sweeping imperial ambitions. That Zadok the Priest has been performed at every British coronation ever since speaks for its power to express a perceived collective sentiment.

LE: Has your research uncovered any trends in royal music over the centuries?

BJ: We can see how music for formal royal occasions went from being essentially restricted to court circles to being taken up among ever-widening audiences.

Henry VIII probably composed his ballad Pasttime in Good company for his first wife Catherine of Aragon shortly after their marriage; it was copied around 1509 and preserved within a bound manuscript collection of 1518. Yet it took many decades in the 16th Century for The King’s Ballad, as it become known, to spread orally and in writing as a song and a catchy instrumental tune. By Handel’s day, music for royal occasions was immediately arranged as cheap sheet scores that members of the public could both afford and read, and quickly featured in informal gatherings in playhouses, taverns, and the long or drawing rooms of homes.

Once sound recording made music hearable by anyone, at any time, music for royal occasions came to be written not so much for royalty as for the British and international public, and from there ploughed back into royal occasions. The BBC Prom 10 programme features Arthur Bliss’s Jubilant Fanfare and John Ireland’s Epic March, which were both commissioned by the government to boost morale during World War II.

As the BBC’s music director, Bliss was tasked with supplying six fanfares – three ‘jubilant’ and three ‘solemn’ – for King George VI’s 1943 Christmas speech, broadcast internationally by the BBC. On 8 May 1945, when the BBC announced victory in Europe, one of Bliss’s ‘jubilant’ fanfares was re-broadcast, and in 1953 it was performed at the coronation of Queen Elizabeth. The history of Ireland’s Epic March is similar: in 1942 the Ministry of Information asked four composers – Ireland, Ralph Vaughn Williams, Roger Quilter, and George Dyson – to supply the BBC with patriotic music that would lift the listeners’ spirits in wartime. After regular performances at the Proms during the 1940s, Ireland’s Epic March was, along with Bliss’s fanfare, selected for Queen Elizabeth II’s coronation.

LE: With so many types of music available now, do you think royal music is still relevant to society?

BJ: I would say that it is necessary. Only music can trigger the ‘collective effervescence’ identified by Émile Durkheim, in which members of a community come to feel euphorically as one through a ritual publicly enacted. Music for such a ritual must be familiar, either previously performed or using standard conventions, so that it generates a sense of unity both across listeners and within hierarchies.

This music is certainly still relevant to the circumstances and aims of these occasions. For solemn occasions, art music of the past is chosen to show continuity with tradition. Handel’s Zadok the Priest is not only the music of every British coronation since 1727, to a text used for every coronation since 983, but also reflects native traditions such as choral singing, the Anglican church service, and Handel’s identification as Britain’s ‘musical Shakespeare’. This continuity need not depend on the music having been composed specifically for a royal occasion. Elgar wrote his Pomp and Circumstance marches as concert pieces, and they were popularised through the Proms; only once the marches had become staples of British public concert life were they selected for royal occasions. March no 4, which is in the Prom 10 programme, was completed in 1907, performed at Queen Elizabeth’s coronation in 1953, and served as recessional music at the wedding of Prince Charles and Lady Diana Spencer in 1981.

For new music, relevance has most recently been sought by commissioning high-style work from a celebrated contemporary female composer – such as I love all beauteous things, the Prom 10 choral piece by Judith Weir. In 2014 Queen Elizabeth II appointed Weir the first woman ever to hold the centuries-old post of Master of the Queen’s Music, and I love all beauteous things was a royal commission for the Queen’s 90th birthday in 2016. For the Queen’s Diamond Jubilee, Cheryl Frances-Hoad was commissioned to reset words from William Byrd’s 1570 anthem for Queen Elizabeth I; this work received its world première at Prom 10.

LE: What did you find most interesting about presenting the Music for Royal Occasions Prom on the radio?

BJ: The Proms is a live, on-site broadcast. Commenting in real time for a global public on an event unfolding in front of you, and on the audience’s reaction to it, is intimidating, thrilling, and fascinating. Witnessing artists’ reaction to the music, and the audience's reaction to the artists, was unexpectedly moving for me: I could see how the music was viscerally, visibly making participants happier, and improving their well-being. As a scholar who often gets wrapped up in theory, I always need the practice to pull me back to the value of what do. Music is something that happens in performance, and that benefits us all. 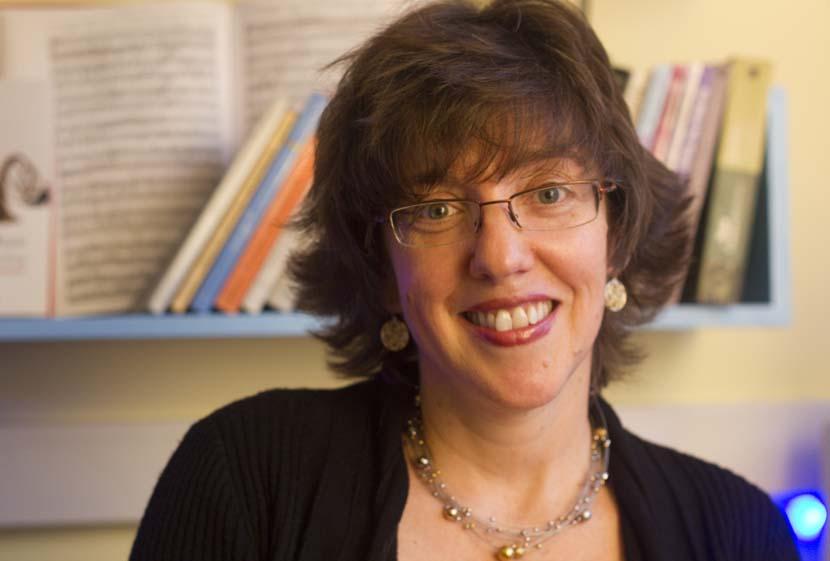