An academic from Goldsmiths, University of London is helping lead the humanitarian mission in Calais to bring unaccompanied children to Britain.

Professor Sue Clayton from the Department of Media and Communications has spent the last two weeks in the camp known as The Jungle working with young refugees.

She said: "The 10,000 strong camp is a chaotic place – it's not officially recognised so has no official aid presence. It's left to concerned individuals and informal groups to conduct censuses and advocate for the estimated 1,000 lone children living there."

One such group, Safe Passage (part of Citizens UK) identified 378 minors who have a legal claim to be in UK and Prof Clayton has now compiled a list of over a hundred more.

The children she found range in age from nine years old to late teens, and are from Syria, Afghanistan, Darfur and Eritrea.

Prof Clayton with support from Lord Roberts of Llandudno, leads a team in Calais of nine UK human rights lawyers , and a large group of of UK volunteers from Social Workers Across Borders. As Clayton identities new children, her team conduct assessments with the aim of bringing these cases to the UK courts within days or weeks.

She said: "I'm finding young children in tents huddled together and scared to go out into the camp, and with little food, and no light or heat. If I and colleagues don't find and register them, and take on their cases, who would?  After all many have spent nearly a year here, it's no good the Home Office belatedly admitting that some may have the right to come to the UK when no one is contacting them to explain what is going on."

The French authorities are set to begin demolishing the camp in the coming days, raising fears for those living there.

Prof Clayton worked for in the camp for five days before Home Office officials arrived in the camp on Friday.

She said: "The ones I'm worried about are those who are fourteen and under.

"If the camp's going to go they're the ones who will be at risk.

They will get trafficked and exploited, or will make ever more rash attempts to enter the UK illegally in the coming days - and so far 12 have died that way.

"It's ironic that a large number of them do have the right to come to UK, but havent been apprised of that- and the camp being razed next week means we're racing against the clock." 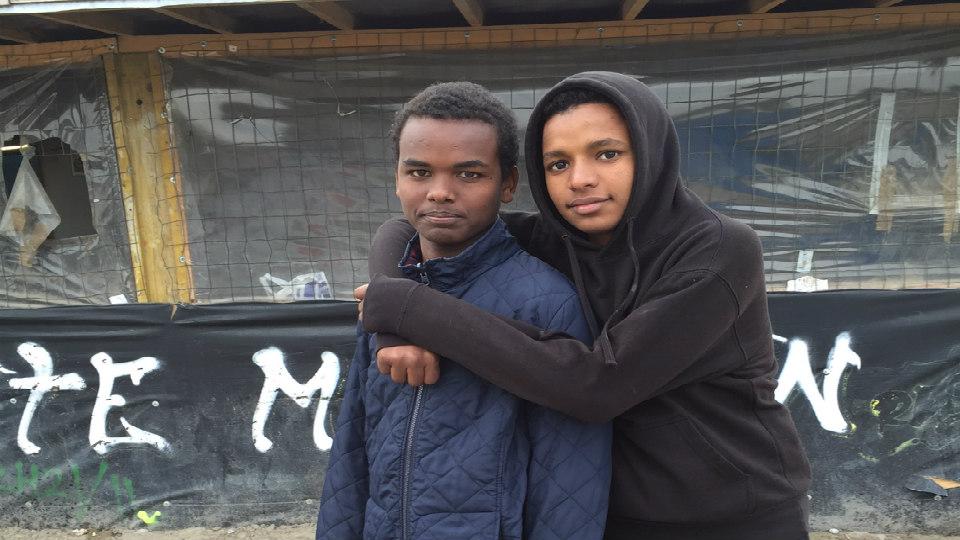 Professor Clayton's work has been captured by ITV News with National Editor Allegra Stratton filing a report broadcast in the 6.30pm and 10pm bulletins and the academic was interviewed by Sky News for the 7pm News yesterday. Further reports filmed by Sue's own crew all be on ITN across the coming week.

Professor Clayton leads the Screen School at Goldsmiths and has been given special dispensation by the Department to carry out her advocacy and filming work.

The filmmaker who made the highy-praised work Hamedullah: The Road Home is also documenting the situation in Calais with a new film entitled Calais Children – A Case To Answer.

Former Archbishop of Canterbury Dr Rowan Williams has accused the government of dragging its feet over accepting children from the camp.

Lord Williams said "the clock is ticking" because of the expected demolition of the site next week.

But Lord Williams said no process had yet been put in place to accept children without relatives in the UK.

Home Secretary Amber Rudd last week indicated unaccompanied children, both those with and without relatives in the UK, would be allowed into Britain.

An EU regulation allows children to seek UK asylum because they have close relatives in the country but a number of other children became eligible for admission under an amendment to the Immigration Act introduced in May by Lord Dubs.

However it has been suggested that the UK Home Office plans to accept only around 100 of the children in total while Clayton and her team, and other groups on the ground estimate that at least five times that many have a legal case.

Clayton fears that without more resourcing the youngsters' cases cannot be brought before the Jungle is destroyed.

She said: "We're working 20 hours a day to document this emergency. The French police came into the camp in riot gear and nailed notices to every little shop and stall saying they must close within 48 hours or be destroyed.

"As a consequence  there were riots  and the police fired tear gas right across camp. This is not a safe place for anyone, let alone unaccompanied children. We must get them to safety."

Earlier this month Goldsmiths hosted the conference Uncertain Journeys: Strategies and Initiatives for the Support of Unaccompanied and Separated Migrant Children an event which presented three years of ESRC- and DFID-funded research by academics at Goldsmiths and Royal Holloway, University of London.

At the event Lord Roberts launched a citizen-led campaign to bring the first 387 unaccompanied children to Britain.

Work is going on across Goldsmiths looking at the plight of refugees in Calais.

This includes a project entitled Design Unlikely Futures which has seen two Goldsmiths academics who have also volunteered in Calais mapping the camp to give it recognition and to prevent the camp’s inhabitants being seen as “non people in a non space”.

Sue is a UK feature film director, writer and composer. She has written and directed features, shorts and documentaries.