Goldsmiths, University of London’s Centre for Caribbean and Studies will re-launch on the 15 October – in the middle of Black History month – marking a new chapter in the Centre’s thirty-three year history.

With its re-launch, the Centre will continue to develop - with a range of contemporary practitioners including writers, performers, oral historians, and technologists - the representation and promotion of Caribbean cultural knowledge and heritage in the UK, and internationally.

The Centre’s story began in 1979 when a group of local people representing the Caribbean community decided to take action to address the difficulties of black students attempting to gain access to higher education.

Hopeful of change, they set up a working party whose main agenda was discussing with their local university – Goldsmiths - the urgent issue of the absence of black students. Two reports submitted to Goldsmiths a year later spelt out the problem of exclusion of Caribbean students and the fears of the Caribbean community.

An ad hoc committee also proposed some timely solutions, including the call for a Centre for Caribbean Studies hosted by Goldsmiths. A day conference held at Goldsmiths in 1981 – a year that would see black young people rioting on the streets of London – shared the Caribbean community’s concerns about black exclusion.

Out of the conference a steering group emerged, including Buddy Larrier, Trevor Sinclair and Beverley Campbell.

"I remember it vividly. As Chair of the Steering Committee, I recall the enormity of the task we faced. This was, after all, an era in which any concern with the black community was viewed with suspicion."

"It was perceived by the host community as taking away from rather than enriching the knowledge and experience of the society in which we all lived. But the crucial point of the Centre was that Caribbean Studies carries its own validity as a field of academic study.”

In 1983 Professor Alan Little lent his support on behalf of Goldsmiths, and the steering group’s aim for the Centre for Caribbean Studies became clear: Caribbean community access to higher education at all levels, and academic research by Caribbean peoples. 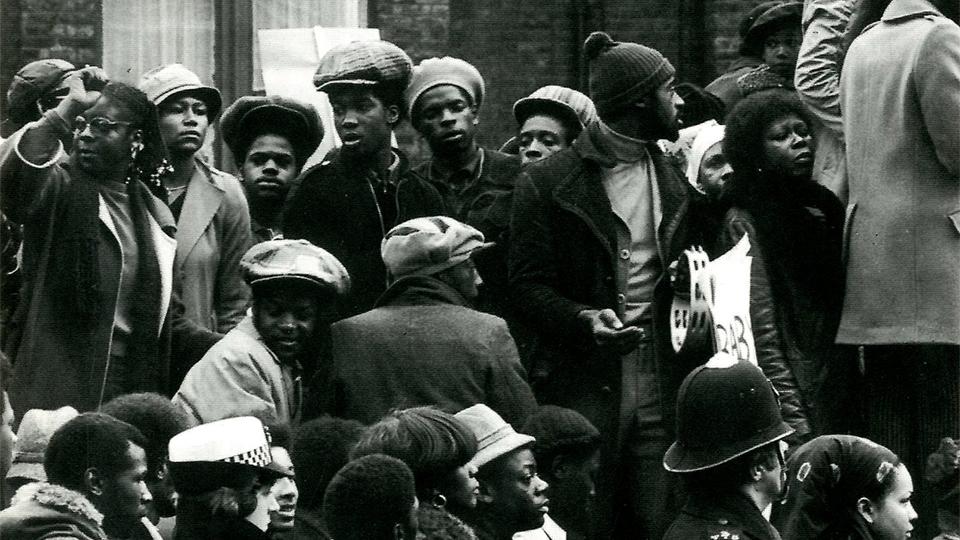 (Image from the cover of Professor Joan Anim-Addo's book 'Longest Journey: A History of Black Lewisham')

On 15 October, the Centre re-launches under a new name: the Centre for Caribbean and Diaspora Studies. Professor Joan Anim-Addo, director of the Centre for fifteen years explains the shift in focus:

“We are in another era, one that might be seen as diasporic expansion or greater globalisation. Sadly, the need for an academic home within our university system is still keenly felt by black students. I don’t think that I need to refer you to the scant statistics on black students and academics in Higher Education. We are happy to open up our hard-won and always nomadic home.”

This year sees the first cohort of students studying on our MA in Black British Writing, co-convened by Dr Deirdre Osborne and Professor Anim-Addo and based in the Department of Theatre and Performance in association with the Department of English and Comparative Literature. The postgraduate degree is a world first- nowhere else in the world can you study this field in such a richly, referenced way - in the country where the writing is produced.

In 2015 it was reported that of some 18,000 university professors in the UK, less than 0.50% are black and overwhelmingly, outside the humanities disciplines. The MA, and the Centre’s re-launch, comes at a critical time in preparing and empowering scholars in the field of Black British Writing, drama and performance.

Join us for the re-launch of the Centre for Caribbean and Diaspora Studies on 15 October. Professor Joan Anim-Addo will give an inaugural lecture titled "Groundings: Visionaries, Books, Bridges and Feeling the Rain".