A Goldsmiths, University of London sociologist’s book on young homeless people and the city has been shortlisted for a prestigious BBC Radio 4 book award.

Published in August 2015, the book is based on an innovative multi-method study of the young people using a King’s Cross day centre.

It explores contemporary spaces of homelessness and how space impacts on the self. Taking an expanded view, 'Young Homeless People and Urban Space' threads together experiences of organisational spaces, routes taken through the city and the occupation of public space.

Dr Jackson – a lecturer in the Department of Sociology at Goldsmiths - argues that young homeless people become fixed in mobility, a condition that impacts on both everyday life and the future.

The book draws on mental maps, photography, interviews and observation in order to produce an engaging and rich ethnographic account of young homeless people in the city.

In a special edition of Thinking Allowed, presenter Laurie Taylor was joined by three of the Ethnography Award’s judges: Claire Alexander, Professor of Sociology at the University of Manchester, Helen Sampson, Director of the Seafarers International Research Centre at Cardiff University and Olivia Sheringham, Postdoctoral Research Fellow in the School of Geography at Queen Mary.

After describing Dr Jackson’s book as a “lovely study” Taylor went on to explain how, as he read, he found himself contrasting the young homeless people’s sense of space and geography in London with the way he experiences the city.

One of the judges described the book’s “great strength” to be the way it addresses the limitations of interviewing people who are constantly being asked to give accounts of themselves. Another explained how Dr Jackson demonstrates how policy impacts on real people’s lives, drawing attention to the failings of local councils in managing homelessness.

"Thinking Allowed is such an important platform for public sociology and their annual award continues to highlight the contribution ethnographic work makes to interpreting the world around us," says Dr Jackson. "Being on this list is a massive honour, especially given the quality and diversity of the other books."

In 2015 Professor Caroline Knowles, Department of Sociology, was shortlisted for her work 'Flip-Flop: A Journey Through Globalisation's Backroads'.

Young Homeless People and Urban Space is published by Routledge.

Read more from Emma in the Guardian: 'We are on the brink of a homelessness crisis among young people' 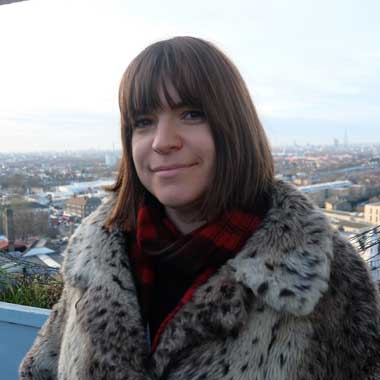 An urban sociologist and ethnographer, Emma explores the relationship between belonging, place and urban change.