Written byChris Smith
Published on 11 May 2018

A Lecturer in Tourism & Event Management at Goldsmiths, University of London claims the UK must learn from the Swedish model to stand any chance of overturning its image as a perennial Eurovision loser.

The 2018 final takes place in Lisbon on Saturday 12 May and the UK's entry (performed by former Coldplay backing singer SuRie), is again expected to score badly.

Sara Linden, based in the Institute for Creative and Cultural Entrepreneurship, has studied Eurovision and its fans in her native Sweden for many years.

I spoke to her to find out what the UK might learn from Sweden when it comes to succeeding at Eurovision.

Chris Smith: The UK very rarely scores highly at Eurovision. How can they get better?

Sara Linden: Not only do they need to send a better song – they need a whole new approach. They should stop treating Eurovision as a laughable kitsch-fest, realise its serious commercial potential and embrace the enormous community of fans worldwide.

CS: A common complaint from UK supporters is that the judging is biased against them. Is that really the case?

SL: The ‘it’s rigged against us’ excuse was used in Sweden when the competition was opened to Eastern European countries in the late ‘90s who mostly voted for each other. But Sweden adapted and started concentrating on making quality, engaging pop music which has brought success. This is what the UK must do to start getting higher marks.

CS: Is part of the problem that the UK just doesn't take the competition seriously enough?

SL: Definitely. It's just seen as something to laugh at really. In Sweden, they left behind the ABBA rip offs in the early 00s, and started producing sophisticated songs and strong visual performances that have resulted in six top five finishes in the last seven years.

Also, the Swedish music industry has realised the commercial potential of involving their music in a competition with 180 million viewers worldwide. Last year’s final featured nine songs written by Swedes. The UK music industry needs to better align itself with its Eurovision output.

CS: Why is Eurovision so popular in Sweden?

SL: Sweden is probably the most Eurovision crazy country in the world - Swedes love the glamour and madness of it. The broadcast of the final is constantly among the most watched programmes on television - a frenzy that has been built up by six national competitions to pick the final Swedish entry.

Eurovision is about a community of fans in the arenas and on the sofa. The UK needs to get involved in the fun and appreciate it for what it is - a big, friendly family of fans, music lovers and fun seekers alike.

CS: Typically, what are the differences between the UK and Sweden's songs?

SL: Swedish people actually like their country's Eurovision songs - they download them, listen to them and cheer their artists on in the competition.

Swedish entrants are already big stars with audiences and proper promotional campaigns behind them. This year’s entry, Benjamin Ingrosso’s ‘Dance You Off’ has sold platinum and reached number two in Sweden. The song from the UK's SuRie didn’t even chart. 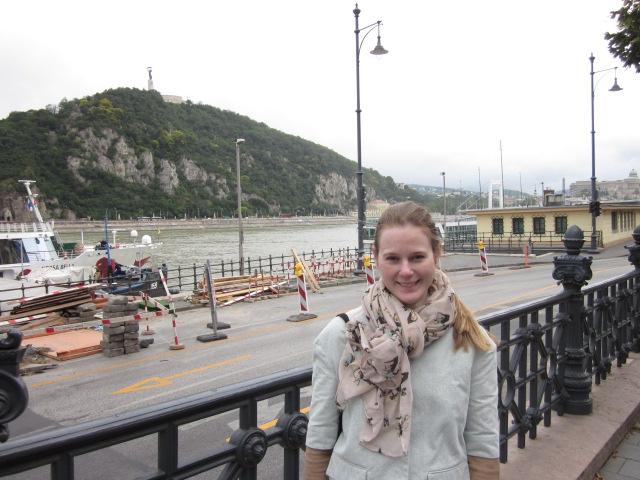 Sara’s interests include city branding, gender and urban spaces, and representation of cities in the media.