A new report by researchers from Goldsmiths, University of London calls on fashion media, lobbying bodies and art schools to support fashion start-ups in London and in other towns and cities across the UK.

Through interviews, observation and event attendance in London, Milan and Berlin, alongside conversations with fashion experts and consultants, Professor Angela McRobbie’s in-depth report (funded through AHRC CREATe) found a competitive ‘winner takes all’ environment in London.

This, combined with prohibitively expensive rental space, means that only a handful of designers each year are able to benefit from existing forms of support and collaborations, and they usually have to be prize-winners.

But what about the rest? Why is it so difficult to make a name for yourself as a designer outside London? Art schools and universities from Aberdeen to Falmouth teach fashion and produce talented young designers. Do they all have to gravitate to London?

Professor McRobbie’s report asks why the fashion industry, with its global reach, must be so concentrated in London and the South East of England, especially in the days of online shopping and e-commerce. Has the London-based fashion sector rested on its laurels and ignored the need for a more socially-informed approach?

In contrast, the Berlin Senate (with support from the EU and the Federal government) has developed proactive cultural policies and protection for affordable work and living space with the result that Berlin has become a hotbed of small, independent, creative fashion start-ups.

Berlin’s largely female-led fashion scene has benefitted from rent control and other government policies that often help build a bridge between unemployment or semi-employment into self-employment and entrepreneurship.

The 100s of mostly-female fashion micro-producers across Berlin are often living on low incomes and producing one-off items for sale locally or online, but they are still able to make a living and participate in a lively, creative and socially meaningful practice.

In addition there are dozens of high end designers like Michael Sontag and Esther Perbandt who are able to pursue their creative visions with their own shops combined with an atelier workshop in well-positioned urban locations. 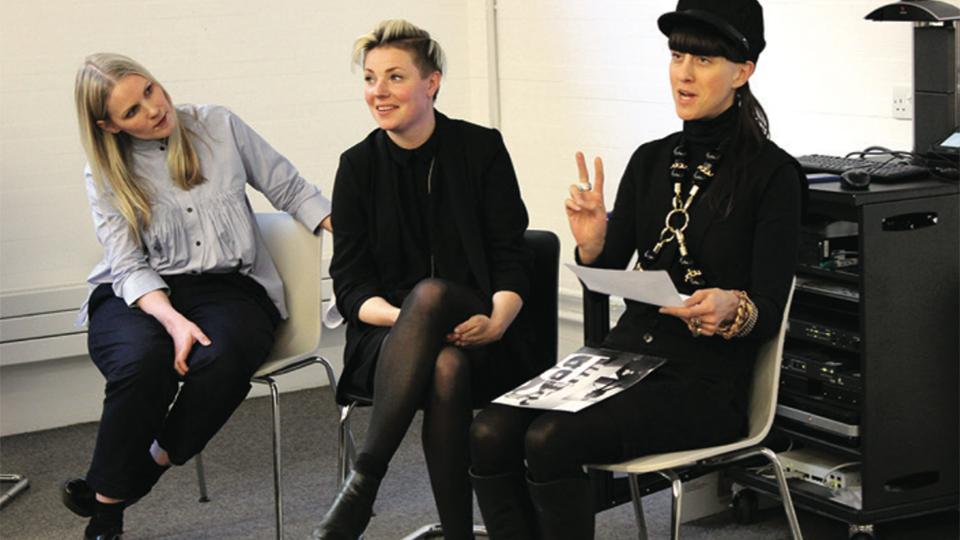 (CREATe designers at the Glasgow School of Art)

In Milan the researchers found many young women challenging their city’s patriarchal culture in the field of fashion through their creative work. But start-up culture was still in its early stages, having seemingly emerged from the unemployment crisis among young graduates since 2008.

Young creators in Milan – otherwise unemployed - were finding psychological relief and self-respect by starting small businesses, even if returns were small and they needed to live with their families in the absence of government-funded programmes for job creation and support.

Professor McRobbie and her colleagues conclude that the Berlin model of fashion social enterprises represents the most egalitarian model and one that could be of value for the development of regional and local fashion economies.

The Goldsmiths team of researchers are also calling for wider attention to be paid at a socio-cultural level to the issues of intellectual property and copyright theft, after finding that the creators of small fashion start-ups in all three cities have deep anxieties about the issue, and an inability to pay legal fees to protect their work.

This issue is intrinsically woven into the other financial problems faced by young people struggling to build a small business.

Professor McRobbie says: “We recommend that the powerful fashion media and various lobbying bodies, along with the art and design schools and universities, should play a role in establishing a voluntary code of practice.

“They should encourage all parties, including middle market retailers, to sign up to such a convention in the same way that there is now social awareness in regard to ethical, environmental and labour issues for the fashion industry as a whole.

“There are long-established fashion traditions of ‘being inspired by’ a design, ‘paying homage to’ it, or learning through copying. In fashion there’s a rationale for a more relaxed attitude to some degree of copying than in other creative industries, but we believe there is also a need to tighten up on this issue. As Berlin designer Esther Perbandt said, we need to show the world that copying is not acceptable.” 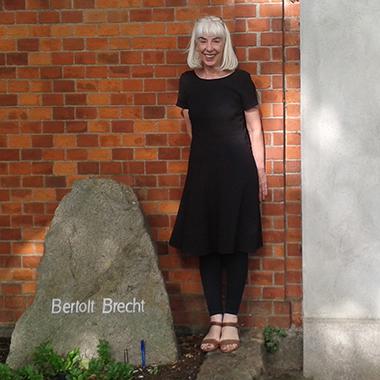 An elected Fellow of the Royal Society of the Arts, Angela has provided a feminist critique of the fashion industry.