He was a leader, in education and on the battlefield. This October we remember William Loring, academic, soldier and first Warden of Goldsmiths.

Marking the 100th anniversary of his death during the Dardanelles campaign of the First World War, historians, students and archivists from the university have joined together to present Postcards from Gallipoli.

An evening event on Monday 19 October will look at Goldsmiths’ involvement in the ill-fated campaign and the wider impact on society in 1915.

Having previously served with distinction during the South African war of 1899-1902, at the age of 50 reservist Loring went to Gallipoli as a Captain in the 1/2nd  Scottish Horse. He did not return.

A sniper shot him in the leg, it was amputated on a hospital ship and he died from gangrene only a few days before the allies withdrew from the disastrous campaign. 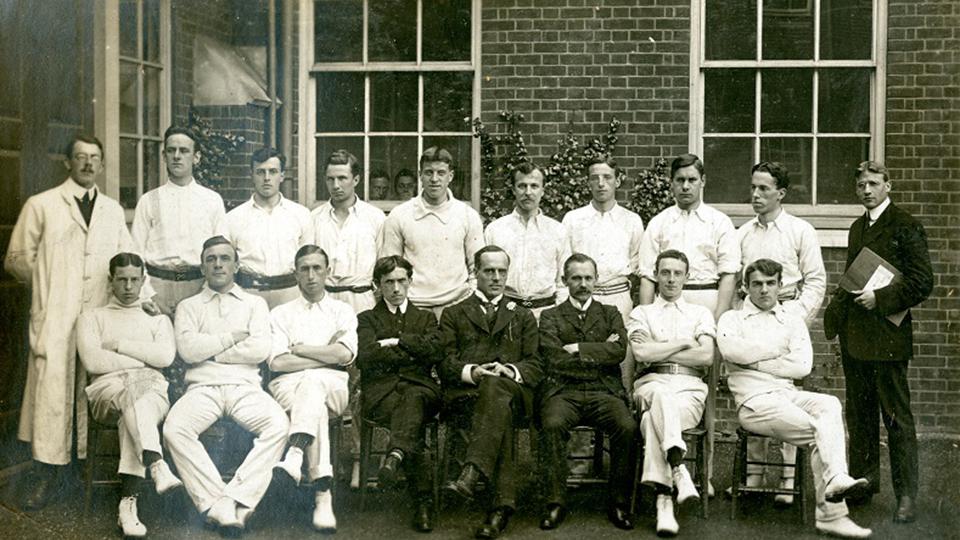 Prior to his deployment, Loring wrote a letter published in the college magazine of the time called the Goldsmithian detailing his preparations for battle.

Dated the 15 December, 1914, the letter records the training schedule undertaken by the regiment before going on to reveal Loring’s strength of feeling about conflict.

Writing of faith being the “highest” and “fundamental” virtue of man, he adds: “It is in war that it gleams most brightly.”

Using rich language which reveals the pervading spirit of Britain so early on in the conflict, he continues: “In peace we philosophize, we hesitate… But the soldier, on the battlefield, has no need to philosophize. He does not believe, he knows, –and the doubter admits that he is right.

He goes on: “Better far that his shattered body lie buried in its blanket than be the vehicle of a tainted soul. Better that he die brave than that he live a coward.”

Some 109 people who either studied or taught at Goldsmiths were killed during the First World War – with their names gracing the memorial to the fallen which now stands inside the entrance to the Richard Hoggart Building.

The evening will see readings from the College archive and academics and students reflecting on life at Goldsmiths and the wider society of 1915 – as well as those from the Goldsmiths community who died at Gallipoli.

Relatives of Loring are travelling to campus to take part in the celebration. They are also donating family papers to the Goldsmiths Archives.

One of these documents includes a handwritten copy of William Loring’s application to be the first Warden of Goldsmiths in 1905.

"It might not seem that Goldsmiths of today has anything in common with its first Warden extolling the martial tradition- but the story of the College in 1915 is all about the courage of leadership, ideas, debate, creativity and cultural progress in a world turned ugly and seemingly mad.

"[The memorial event] includes an impressive line-up of cutting edge scholarship and research shining a light on the humanity of Goldsmiths at war one hundred years ago." 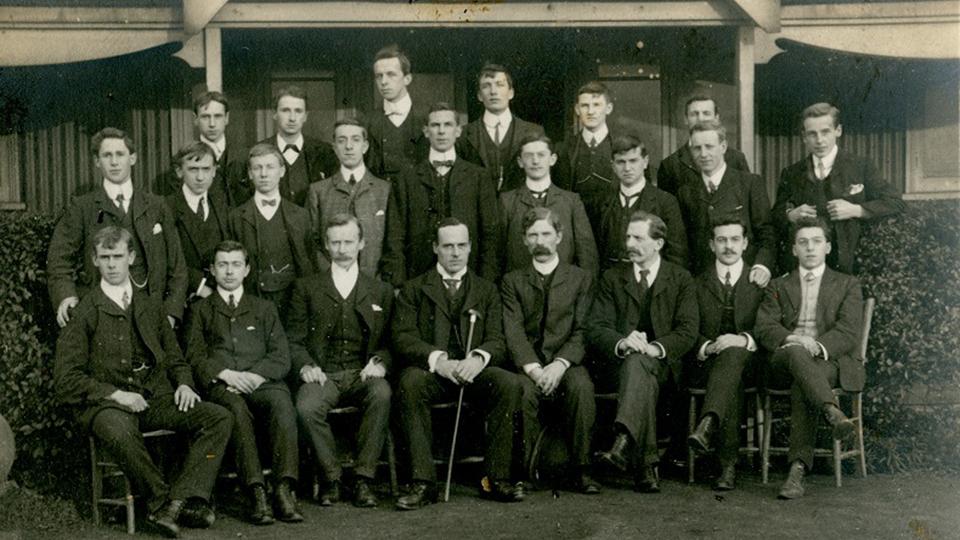 The schedule for the evening is as follows:

6 – 6.15pm: He died a gentleman and soldier, The present Warden, Pat Loughrey, remembers the first Warden William Loring with readings from the Goldsmiths archives.

6.15 – 6.25pm: Rosie Kennedy, Lecturer in the Department of History College War Memorial- Those who died at Gallipoli and Ellie Grigsby (Year 3 BA History) Captain Loring and his battalion The Scottish Horse.

6.25 – 6.35pm: Professor Richard Grayson. The Story of Thomas Seeds. A presentation about the Irish at Gallipoli through the snapshot of one person.

7.05 – 7.15 pm: Richard Shannon The Poetry of Gallipoli and my grandfather Ernest.

7.30 – 9pm: There is a digital exhibition of documents and photographs from Goldsmiths’ Special Collections & Archives in the ground floor of the refectory in the Richard Hoggart Main Building.

‘Postcards from Gallipoli’ is a joint project between Media & Communications, History and Special Collections & Archives.