A digital artwork by an academic from Goldsmiths, University of London which draws upon the traditions of Renaissance European Anatomy Theatres is now live online.

Professor Anna Furse’s I AM NOT A PIECE OF MEAT invites the spectator to embark on a journey into the realm of Renaissance medicine, contemporary dissection labs, myth and taboo.

The audience is drawn into a meditation on the material body in life and death, the status of the cadaver, and the moral and ethical issues surrounding our attitude, past and present, to the parsed and opened body.

It is an immersive experience commissioned by Create Ireland’s Collaborative Arts Partnership Programme (CAPP) EU project who say the work “steps beyond the parameters of traditional artform conventions to innovate and expand the theatre space, and transfer it into new experiential online, virtual and augmented experiences of live performance".

Professor Furse says: “This publication integrates and extends all elements of the creation of my performance – including traditional historical and cultural research and field work with the medical community at the Donor Scheme at Trinity College Dublin and the Anatomy Department at Kings College London, where I was invited to research in their dissection lab for one month in their Anatomy Summer School.

"It has been an opportunity to share and develop some of the many ideas that have gone into the creation of a one-hour performance."

The interactive publication includes new writing by Professor Furse, accompanied by a commissioned soundtrack by world-renowned musical saw-player David Coulter, who created the sound score for the performance.

Instead of representing documentation, the work endeavours to generate a digital interface that is interactive and experiential, investigating the parameters between dissemination, live performance and remote critical engagement.

Within the overarching project THE THEATRE OF OUR BODIES, this new online work includes the video archive of her production ANNA FURSE PERFORMS AN ANATOMY ACT: A SHOW AND TELL that was commissioned by Create Ireland’s CAPP EU project and premiered at Live Collision International Festival in November 2016.

CAPP is a transnational cultural programme (2015 – 2018) focusing on the field of collaborative and socially engaged arts practice across art- form and context. CAPP comprises a nine-organisation European network, led by Create, the national development agency for collaborative arts in Ireland.

Professor Furse’s final work for her three-year CAPP commission is the publication of a limited edition analogue art book, CORPOGRAPHY, in early 2019.

THE THEATE OF OUR BODIES is a project with Goldsmiths research Centre of the Body that Professor Furse Co-Directs. 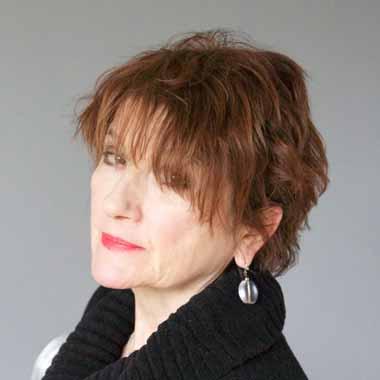 From 40 years of feminist performance research, theatre directing and writing, Anna now focuses on the body performing in social, cultural and medical contexts.