An examination of a Russian strike on a TV tower in the heart of Kyiv, on 1 March 2022, shows how it relates to the site of one of the worst massacres of the Holocaust.

The Ukrainian group Center for Spatial Technologies and Forensic Architecture, a research agency based at Goldsmiths, University of London, used videos, maps and archival materials to study the attack in the vicinity of Babyn Yar and the history of the sites damaged by Russian missiles.

Video analysis demonstrates how Russian forces fired two missiles, thought to be air-launched cruise missiles, with one striking just below the unoccupied control room of the TV tower, the other hitting a nearby gym building. Five people died as a result of the attack.

Historians estimate that over the course of the German occupation of Kyiv, between 1941 and 1943, approximately 100,000 people – Jews, Ukrainian political prisoners, Roma, Soviet prisoners of war, and psychiatric patients – were murdered in the Babyn Yar area.

The investigation reconstructs the ravines of Babyn Yar where retreating German forces, and post-war Soviet authorities, attempted to conceal evidence of the massacre by filling in and flattening the landscape. Archive photos and maps show that where the missiles landed had once been a 19th Century cemetery used by Kyiv’s Jewish, Muslim and Crimean Karaite communities. The TV tower itself, constructed in 1968, was built on what had been the Russian Orthodox section of this cemetery.

The missile strikes, which happened on the sixth day of the Russian invasion, appear to have been part of a series of attacks on TV towers across Ukraine. The researchers describe how the strikes “hit not only media and communication networks but a tangled nervous system of historical references and repressed memories”. They highlight that this attempt to silence information networks echoes how in the past both German and Soviet authorities attempted to suppress information about the atrocities in the area “connecting the present war with the deep history of the site”. 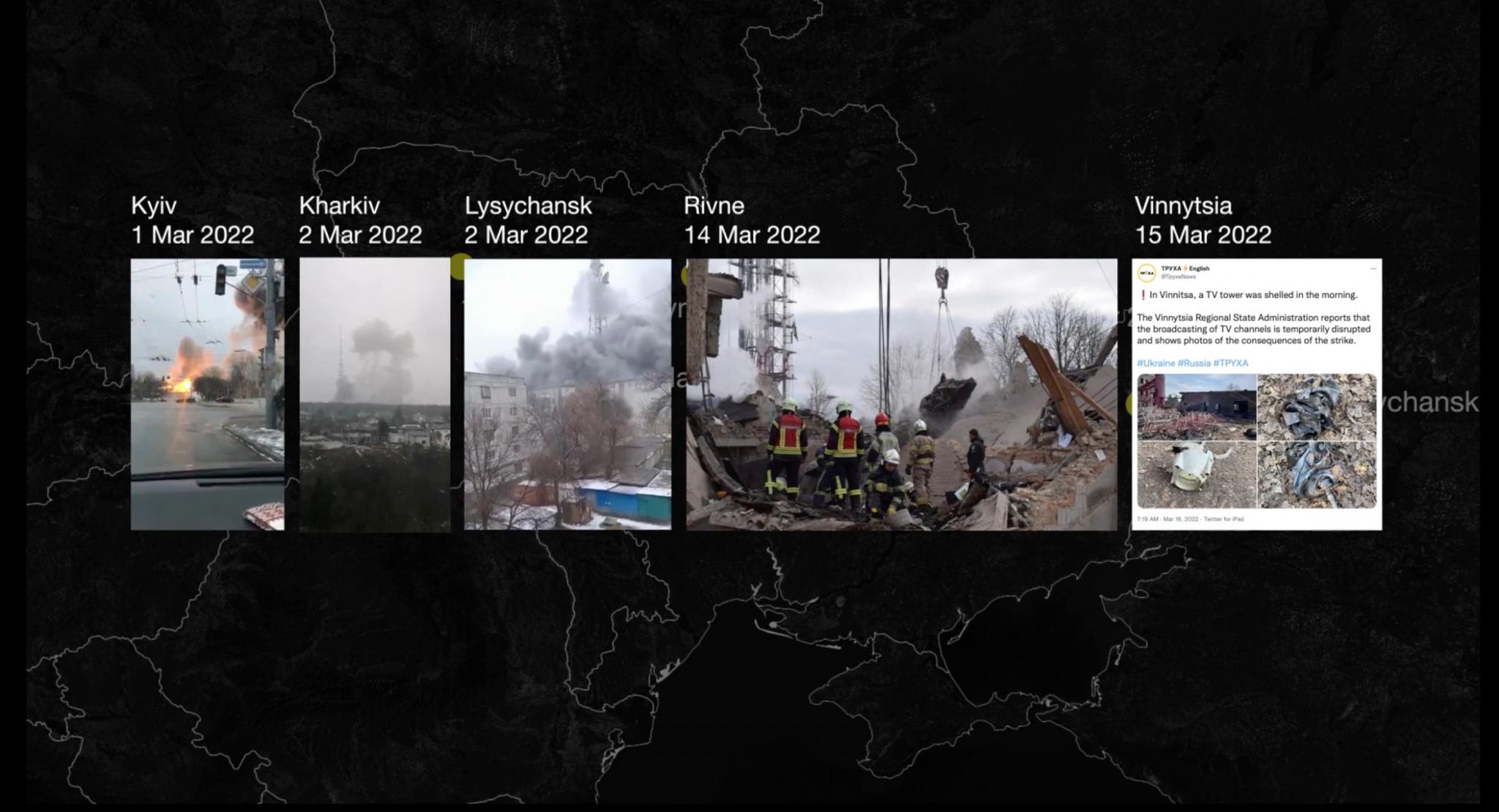 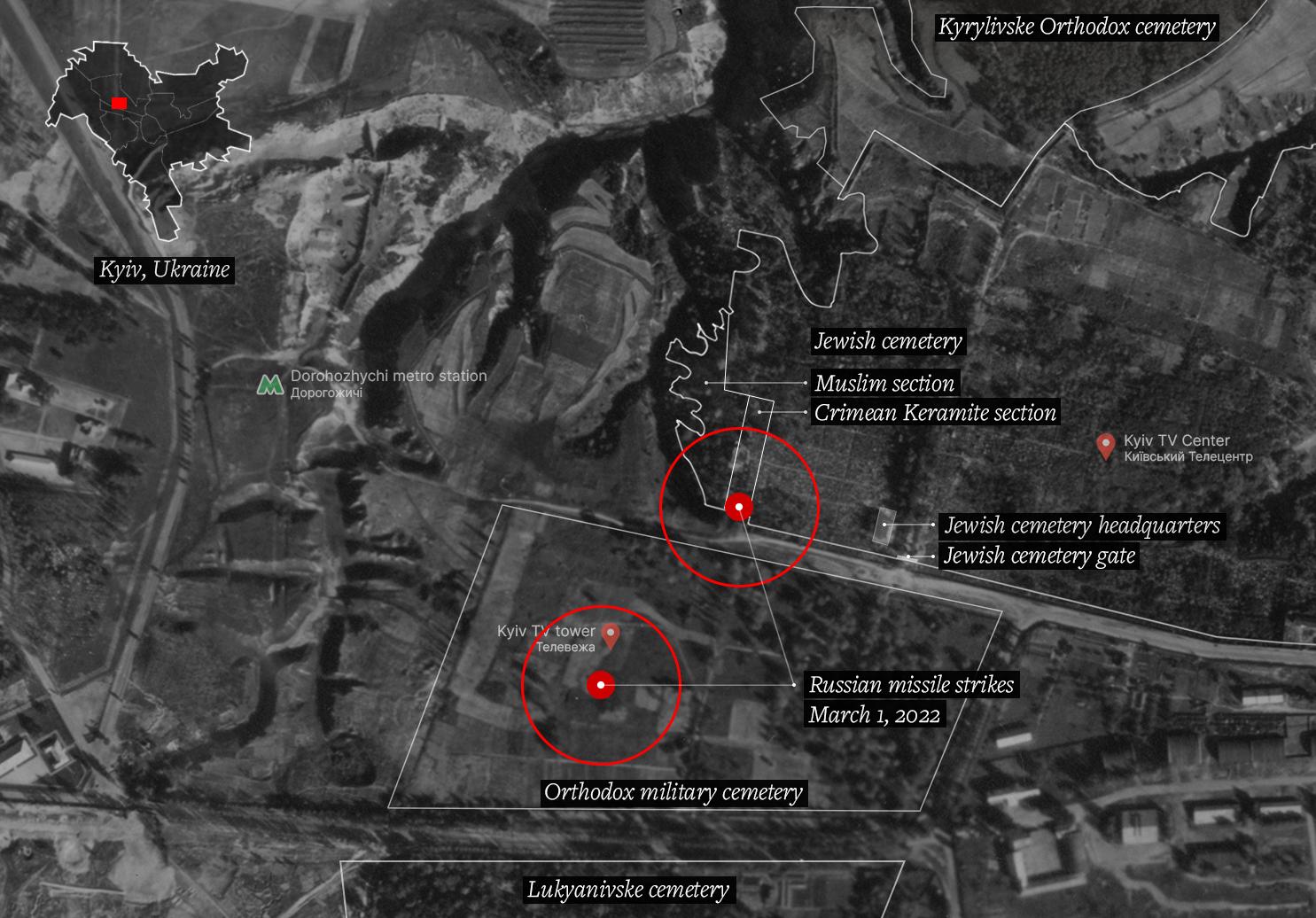 Forensic Architecture is part of the Department of Visual Cultures.