Taking part in naturist activities can help make us significantly more satisfied with our bodies and lives, new research from Goldsmiths, University of London has found.

Researchers led by Dr Keon West (Department of Psychology) investigated the associations between naturist activity and psychological well-being, as well as the immediate effects of two real naturist events on participants’ life-satisfaction.

The first study - an online survey of some 850 British people of a variety of ages, ethnicities and religions - found that those who spent time naked or partially naked around others (eg. topless sunbathing or taking part in World Naked Cycle Rides), also liked their own bodies more, thought better of themselves, and were more satisfied with their lives overall.

The longer they had been practicing naturism and the more frequently they did it, the happier they were.

The second and third studies took place at a “Bare all for Polar Bears” event at the Yorkshire Wildlife Park (24 participants) and British Naturism’s Waterworld event in Stoke on Trent (100 participants). At both events, participants were assessed just before shedding their clothes and at the end of the event, before they put them back on.

In both cases participants experienced immediate and significant improvements in body-image, self-esteem and life satisfaction.

For decades, research has shown that body image dissatisfaction is a serious, global problem that negatively affects psychological health. Much of it stems from overexposure to “idealised bodies” such as those widely seen in magazines, on television, and increasingly on social media.

Previous research also shows that positive or neutral reactions to one’s own body, and exposure to “non-idealised” bodies (otherwise known as normal people), should counter the negative effects of idealised imagery. Logically, then, naturism – the practice of being naked in the company of non-intimate others – should be good for your body image and self-esteem.

"The naturists have been saying this for some time. However, despite a lot of positive claims, little to no empirical research has investigated whether naturist activity (rather than attitude or beliefs) actually makes us happier or, just as importantly, why it makes us happier.”

Dr West believes that this current research is a good first step, but that there are still many more questions to answer. How exactly does naturism have these positive effects? And do the effects taper off after a certain number of naturist events?

Initial analyses of the data suggests that seeing other people naked is more important than being seen naked yourself. The data also seemed to find that the benefits hit a ceiling after about 20 naturist events a year – further naturist activity beyond this did not appear to make a difference.

Dr West suggests that further research, including longitudinal designs and randomised controlled trials would shed more light on these initial findings.  While representation at the two naturist events was diverse, most of the respondents to the first survey were male, most were white, most were straight, and most were middle-aged. While the same effects were found when gender, ethnicity, sexual orientation and age were included as factors in the analyses, Dr West believes it would be useful to conduct research with more diverse populations.

However, this should not detract from the conclusion that naturism appears to have psychological benefits. For a long time many people, even health professionals, assumed that public nudity was a sign of psychological dysfunction. This perception has stuck even though an increasing number of people are now taking part in clothes-free activities.

The findings certainly indicate that naturism appears to have positive effects, not negative ones. As such, Dr West suspects that it could offer a low-cost, widely available solution to the problem of body dissatisfaction. “At the very least”, he concludes, “this is worth investigating”.

Naked and unashamed: Investigations and applications of the effects of naturist activities on body image, self-esteem and life satisfaction by Dr Keon West is published in the Journal of Happiness Studies. 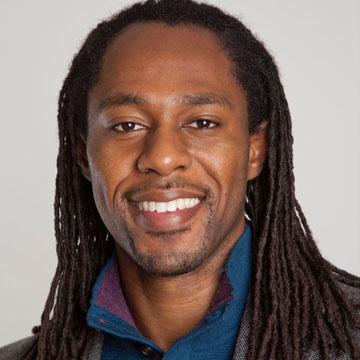