A Goldsmiths, University of London student has designed a way of using football scarves to communicate with her younger brother who has autism.

Erin Button worked with her brother Joe - a big Aston Villa fan - to capture his responses to life events as data that is then knitted into the pattern of football scarves.

This has created what she describes as ‘Pattern Language’ - or the observation, documentation and translation of human behaviours into textiles.

For her final BA Design project, Erin documented a typical day in Joe’s routine, using a small webcam sensor to record his head tics, which are connected to his levels of anxiety, over 30-minute time periods.

A code was then used to create a data sheet, and the data then ‘translated’ using an automatic knitting machine, generating colourful striped wool scarves.

With the quantitative data collected, it is Erin’s role as the translator and maker to convert the data, which embodies an emotional response of Joe’s autism, into a pattern which can be read and understood by Joe and herself.

One scarf documents a 30-minute football recording, with every blue line of stitch representing one anxious tick that Joe experienced, while others capture 30 minutes of EastEnders and a FIFA game on the PlayStation.

For Joe and Erin, producing and being able to read the scarves has become a way of understanding Joe’s complex responses to anxiety, which he cannot verbally explain but shows through his head tics. 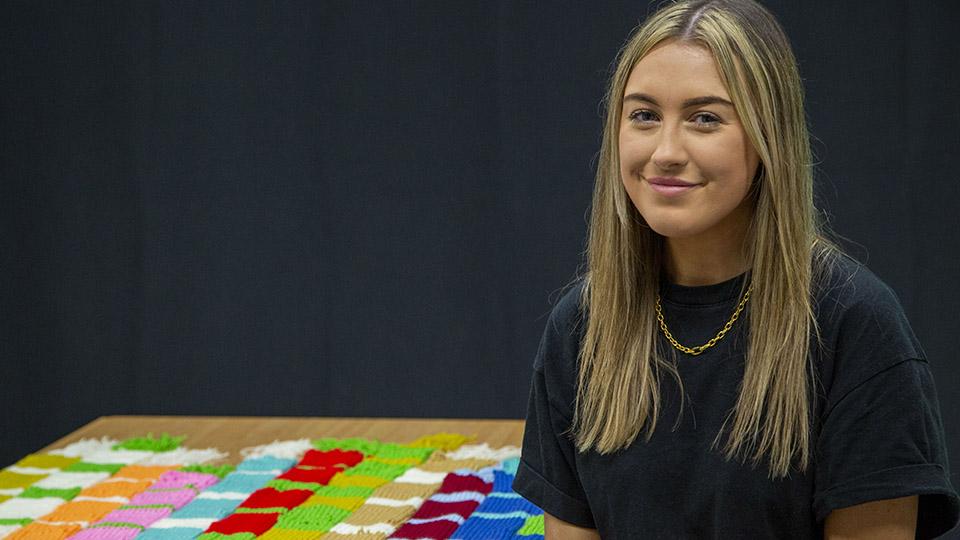 The colour of each scarf contextualises a scenario. White and brown aesthetically imitates a beer at the pub, and claret and blue imitates Aston Villa's team colours. One stitch equals one tick, so the heavier the Pattern Language within the scarf, the more anxious Joe was feeling in that specific environment.

Laying out the scarves together as a collection for her degree show, Erin asks that viewers reflect on how the ‘other’ is represented, and consider how people who are neurotypical often require those who are not to adapt, despite the systematic disadvantage and discrimination they experience from neurotypical exclusive design. 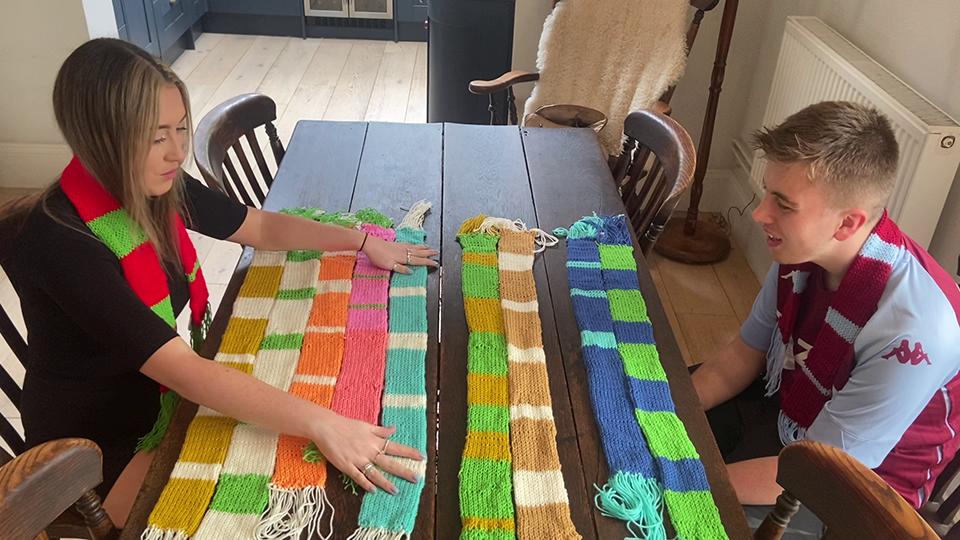 Erin, aged 21, from Herefordshire, said: “Our signature behaviours often go unnoticed, for example this could be shaking your knee or tucking hair behind your ear. My project collects these behaviours as data and then embodies that data in the creation of objects – in this case, football scarves, but other materials could be made.

“Each scarf represents one scenario. The scenarios are collected from a typical day in Joe’s routine which can demonstrate the amount of anxiety he and others with ASD experience on a daily basis, from breakfast to watching the soaps to doing college work.

“Through my role as the translator, I was reliving Joe’s temporary experiences through making and thus strengthening my understanding of his struggles with his autism, but also strengthening and embodying our relationship as brother and sister.

“For Joe and I, Pattern Language creates a dialogue for him to safely express how he feels in certain scenarios, and for me to get educated about it and understand him. The collection acts as a sentiment to understanding Joe as an individual, but also as a narrative tool to support and create safe spaces for him in these different anxiety provoking scenarios.”

Erin’s project is on display as part of this year’s BA Design degree show, titled ‘My Friend, ~ Oh! It's been So Long’. Running from 28 June – 4 July, the exhibition is a celebration of work from final year undergraduate students in the Department of Design at Goldsmiths. The programme features events, a publication, web content, performances, lectures and more.

All information and photographs have been shared with permission from both Erin and Joe Button. 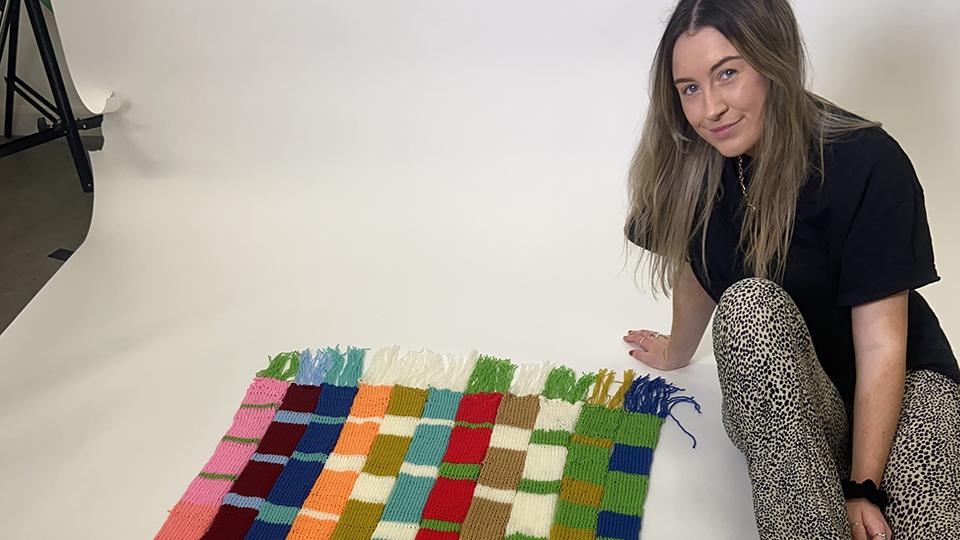 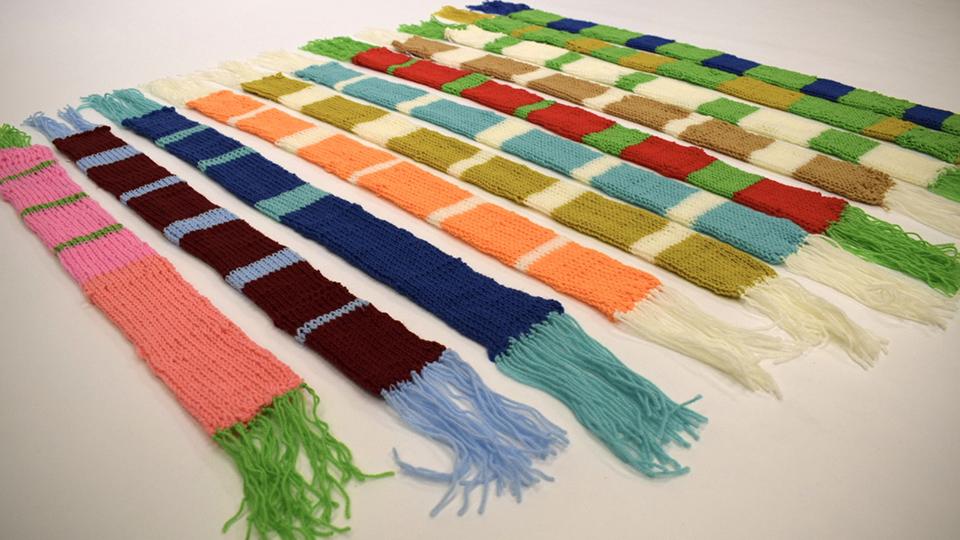 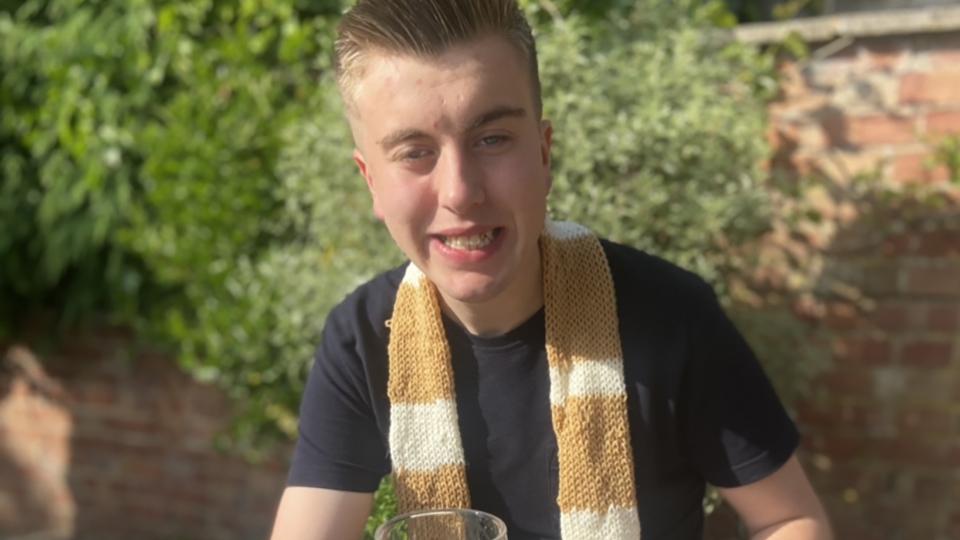 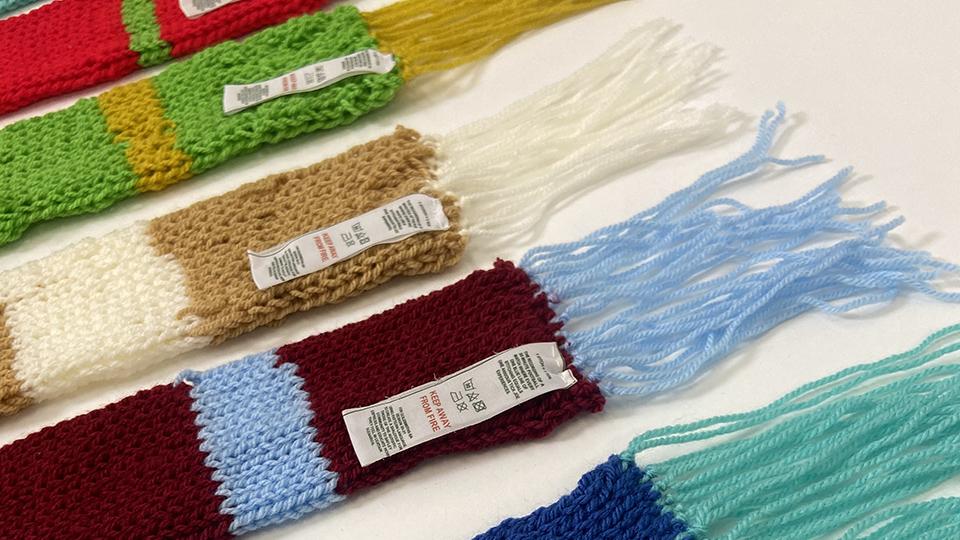