An all-female London tech start-up has created the perfect solution to the loneliness and heartache of long-distance relationships: a gadget which makes your partner’s pillow pulsate with the sound of your heartbeat, however far away you are.

Ideal for military personal overseas, or perhaps new students missing their high school partners on the other side of the country, the Pillow Talk wristband, speaker and app have attracted a waiting list of some 50,000 people before they've even gone on sale.

So how does it work?

One partner wears a wristband which picks up their heartbeat in realtime and transmits it via smartphone app to the other person's pillow.
Placing your head on your pillow enables you to hear the realtime heartbeat of your loved one, either through earphones or a Pillow Talk speaker tucked under the pillow and plugged into the phone.
The result is an intimate interaction between two people, regardless of the distance between them.
“Pillow Talk is not a conventional wearable; it’s not a fitness or sleep tracker or any sort of ‘qualified self’ product,” says Joanna Montgomery, the founder and CEO of Little Riot. “Pillow Talk is about communication and feeling connected to someone."
Joanna believes that current methods of digital communication between those separated by distance, such as e-mail, Facebook or Skype, are very two-dimensional and require active participation. Pillow Talk creates the illusion and feeling of presence, allowing lovers to co-exist and to interact with each other in a fluid, non-invasive way. This phenomenon has not been explored before on the commercial market and will have a huge impact on how people communicate using technology.

Gary Stewart, Director at Wayra UK – the Telefónica-funded incubator which helped accelerate Little Riot’s development – adds: “Pillow Talk will significantly improve users' ability to explore the digital world by tapping into the unrealised potential of ‘digital presence’. This product meets the needs and wants generated by the ever growing complexity of the digital world by presenting a new and previously unexplored way for humans to interact with technology, creating an immersive experience which currently cannot be matched.”

Little Riot are now aiming to raise £75,000 through crowdfunding platform Kickstarter to manufacture the hardware. The campaign, which launches on November 10th, will enable backers to donate as little as £3 to help bring Pillow Talk to life. 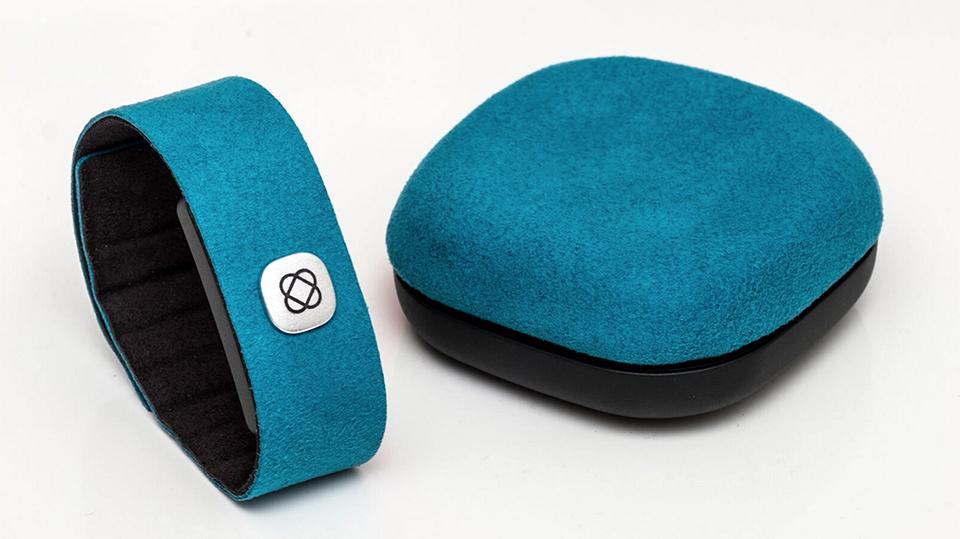 The product began as a project when Joanna, an interaction designer, was exploring alternative uses of technology at university in Dundee. After posting a video of her concept online, the project went viral and attracted worldwide attention. It has since received worldwide attention and amassed a community of over 50,000 individuals waiting for the product. Over the last few years Little Riot has worked to raise funding and develop Pillow Talk into a commercial product.
Marion, who graduated from Goldsmiths in 2012, says: “Pillow Talk offers a way to completely rethink the way we interact using technology today. At Goldsmiths we’re taught to go out and disrup the status quo, and given by the numbers of requests we’ve already had it seems people are keen for disruption.”
“I’m from a tiny Scottish village, and while I was studying I made friends from all over the world, and many have since returned to home. We’re so used to being able to be constantly connected, but I’m fed up of emoticons! Pillow Talk offers a truly unique, innovative way of interacting long distance.” 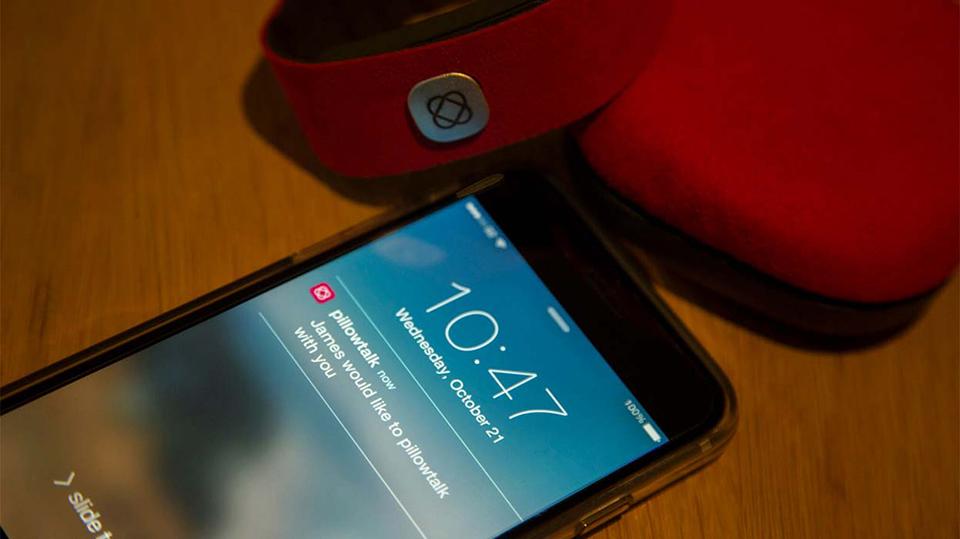 Find out more at www.pillowtalk.love
Find Pillow Talk on Kickstarter