Young people are getting hands-on with Goldsmiths research at the Science Museum this summer, as part of a project to find out whether pretend play with 3D toys can help children overcome prejudice and better interact with peers from marginalised social groups.

Dr Siân Jones and student assistants from the Department of Psychology have been based in the Science Museum’s ‘Who am I?’ gallery throughout July and are continuing their placement into August.

They’ve installed a host of Playmobil ™ figures and sets, such as a school and a park, in the gallery, with several of the figures representing children with disabilities. One figure uses a wheelchair, one has no right arm, one has a visual impairment and assistance dog, one has a hearing impairment, there’s a child with a cast on his leg, and another who has the traits of autism.

Kids are asked to pretend they are another Playmobil ™ figure, and should use the models with disabilities and play at ‘having a fun time’ with them. The children are quizzed on their attitudes both before and after the play session, while parents or guardians are simultaneously asked about their own attitudes – although Dr Jones notes the hardest part of the research can be to drag the kids away from playing!

Dr Jones has observed certain themes reoccurring as the children play. Pretend play is much more equal across the toy figures when children start playing imaginary games where the Playmobil ™ children themselves have superpowers.

A lot of children begin by assuming a child with a disability will not be sporty, but can then start to see how they could join in with a game of football or basketball – or even explore an adventure playground.

Some 250 children aged 5-11 years and their parents have already taken part in the Science Museum sessions, with between 700 and 1,000 in total expected by the middle of August. 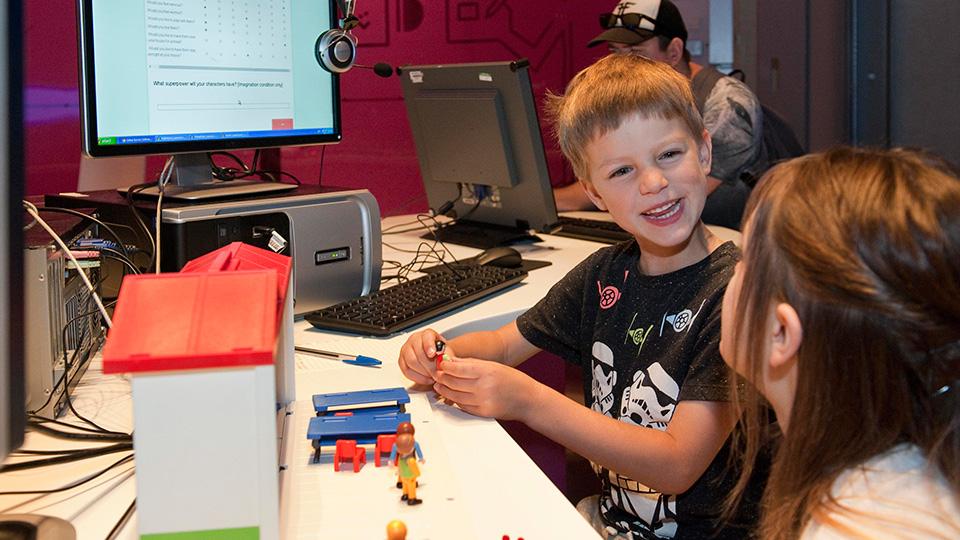 With a small grant scheme award from the British Academy and Leverhulme Trust, the psychologists now plan to work, over a year, with 5-9 year olds in London’s diverse schools to test whether Playmobil ™ can also help children better imagine friendships towards immigrant and refugee children.

“This is of mounting urgency in a climate where some children are coming across racism for the first time in school, post-EU-referendum,” Dr Jones explains.

Dr Jones and Professor Adam Rutland believe that by bringing imagined contact with kids from other cultures into a 3D realm, where children use Playmobil ™ to imagine interacting in a physical space, it’s hoped that their ideas about friendship will be better stimulated, and this will then transfer into a real-life setting. 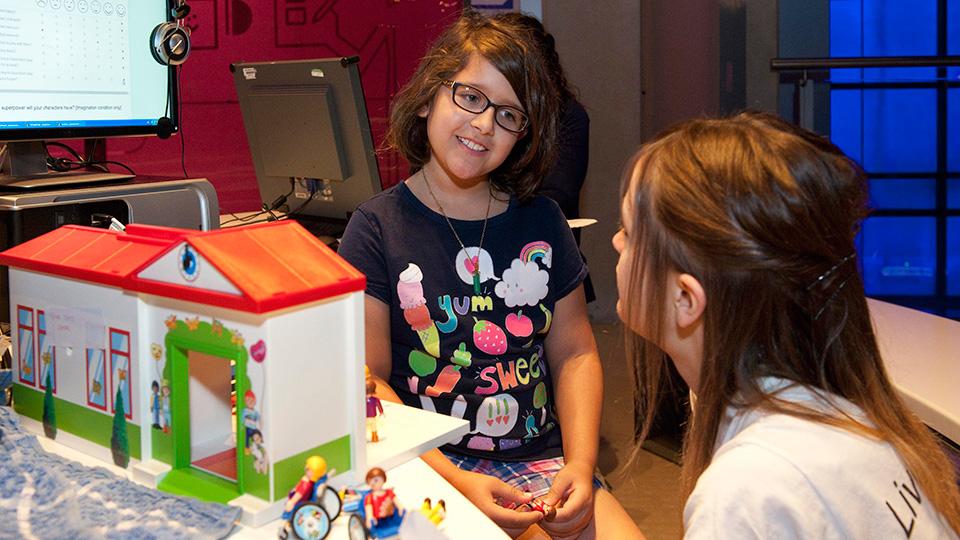 The studies are inspired by earlier work from colleagues in the Department of Psychology at the University of Kent who found that the pictures in storybooks were an effective tool in encouraging children to overcome prejudices.

But could the effect be amplified using a more interactive 3D world? With plastic models a relatively cheap and accessible product, available in lots of different forms and attractive to kids, Playmobil was an obvious choice as a research tool.

The Science Museum’s Who am I? gallery hosts a series of thought-provoking displays and hands-on activities investigating some of the characteristics which make humans such successful species.

Dr Siân Jones and colleagues will be in the gallery on Thursdays, Fridays and Saturdays until August 6th