Former students of Goldsmiths, University of London who qualified as teachers before an undergraduate degree became mandatory have received an honorary degree.

To mark their extraordinary lifetime contributions to teaching, those who obtained a Certificate in Education at Goldsmiths prior to 1981 were invited to receive an Honorary Bachelor of Education at a special graduation ceremony held on 20 December 2018.

Many of the 300 former students who attended the ceremony are now in their 80s or 90s and studied at Goldsmiths in the 1940s or 1950s. Some completed all or part of their teacher training at University College Nottingham when Goldsmiths was evacuated during WWII.

Most went on to spend decades teaching in the local area, across the country and overseas, from Uganda to Bahrain. Career paths included work as primary or secondary teachers, headteachers, in adult and higher education or special educational needs. Others went on to roles with local authorities, or in heritage, performing arts or advertising.

They credit Goldsmiths as the place they gained the skills needed for diverse, challenging and rewarding careers, as well as somewhere they met lifelong friends and often their partners. 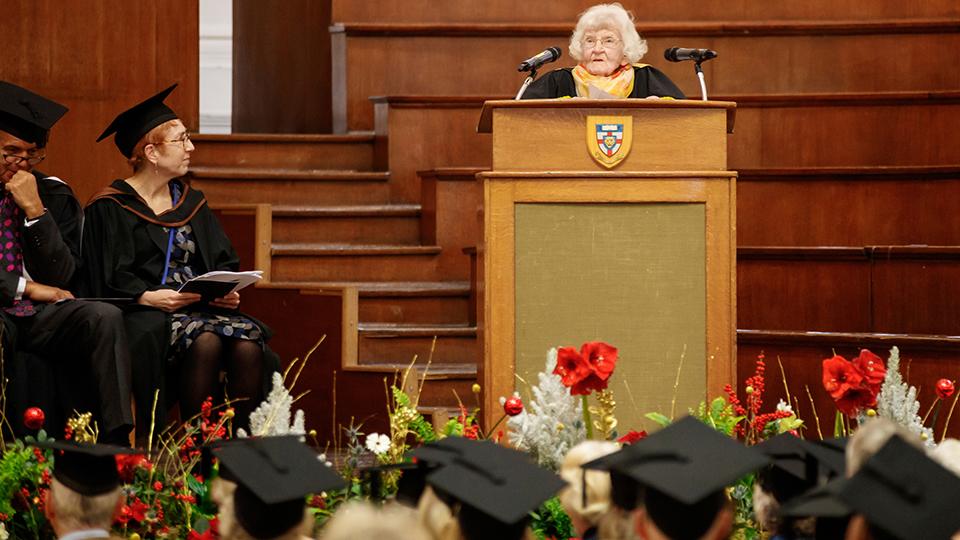 Marion Panzetta (class of 1952) delivered a speech during the Honorary Degree ceremony, which was attended by graduates in full academic dress accompanied by family and other guests. She recalled memories of singing in the refectory and of her teaching practice classes being unexpectedly diminished by outbreaks of chicken pox among the children.

Marion said: “Goldsmiths made me into the best teacher I could possibly be. My time here was wonderful, the start of my life. The name ‘Goldsmiths’ was, and remains, a talisman.”

After specialising in music teaching at Goldsmiths, Marion taught for several years at the school she had attended as a child. After starting a family, she founded a morning nursery school, worked as a supply teacher and spent decades running music and dance evening clubs and classes for children and teachers, alongside other projects.

Head of the Department of Educational Studies, Maggie Pitfield, said: “We are immensely proud of alumni who went on to teach and to serve the field of education over the decades. Thousands of alumni did so without receiving a degree. We wanted to do something about this, not just because of the remarkable contribution that alumni of this period had on future generations, and indeed, on society, but because they form part of the bedrock of this institution - in so many ways they are the past, present and future of our department and of Goldsmiths.” 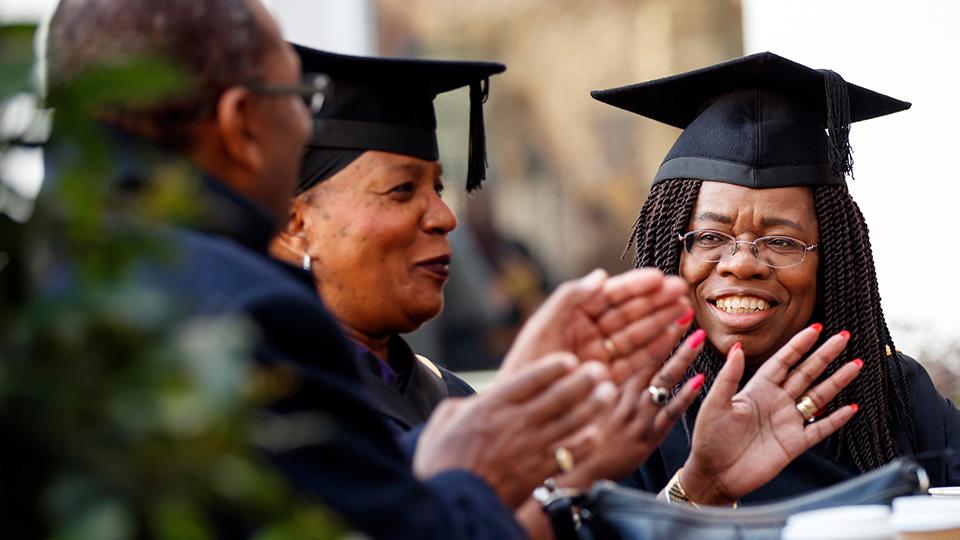 In 1904, the Goldsmiths’ Company’s Technical and Recreative Institute was incorporated into the University of London, becoming Goldsmiths’ College. In 1905, a new co-educational and non-residential two-year teacher training programme was established under Vice Principals Caroline Graveson and Thomas Raymont with the first Warden of Goldsmiths, William Loring. Education courses run by the Rachel McMillan Training College in Deptford were incorporated into Goldsmiths in 1976.

While a Certificate in Education was originally required to teach, it was discontinued in the early 1980s when the law was changed to require all trainees to complete a graduate or postgraduate course.

Find out more about programmes in the Department of Educational Studies