Whether street buskers sing recognisable chart-toppers or something more obscure makes little difference to how much money they make, new research from Goldsmiths, University of London suggests.

Psychologists working with a performer at London’s Waterloo station over 24 days wanted to find out which performative aspects may make busking more successful.

They found that whether or not the performer was playing some of Lady Gaga, Katy Perry, Pink and Kelly Clarkson’s most popular tracks had no impact on the donations she received.

When playing lesser-known songs with a similar style, from the same albums by the same artists, donations were just a few pennies lower – an average of £3.10 compared to £3.58.

Similarly, when the performer was more animated in her performance, compared to simply standing still, donation size and frequency barely changed. With expressive movements she earned an average of £3.14 per donation, compared to £3.04 while restricting her hands and arms.

A camera set up to film the busker’s donation bag recorded 278 people donating over the 24 sessions (each one hour long) at London’s most crowded station. Most people saw her for 5-30 seconds, while hearing the music for longer.

The researchers conclude that busy commuters in busy Underground stations may be paying little attention to what buskers are doing.

A report on the research by Dr Diana Omigie, Heather Thueringer (both Goldsmiths) and Dr Manuel Anglada-Tort (Technical University of Berlin), has been published in the journal Psychomusicology: Music, Mind and Brain.

The results of this field study contrast with a large body of prior research on music familiarity and preference, emotional engagement, and willingness to pay for music. Most work has been conducted in a lab setting, where conditions are highly controlled and, therefore, artificial, and participants are aware that they are involved in an experiment.

The study in Waterloo suggests that many important psychological findings repeatedly investigated in scientific literature may not replicate when measuring behaviour in real-world conditions.

The Waterloo study controlled for a range of factors – the music stimuli, the day of the week, the time and location, for example. The busker pre-recorded her voice and then mimed convincingly during each session, to ensure a constant standard.

Some aspects could not be regulated, however, including varying background noise or how many people passed the busker at any given time.

Dr Omigie said: “Field research is scarce in the field of music psychology, and while lab studies have their benefits, they can lack a real-world validity. Our unexpected results indicate that street performers don’t need to use familiar music to create a positive affect and maximise their profits, and that we don’t necessarily make obvious decisions in our music-listening or charity-donating behaviours.

“Perhaps we’ll see a move away from old classics and more experimental variety from buskers on the Underground in future!” 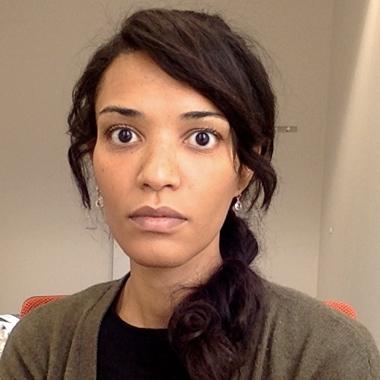 Diana has research interests that revolve around the behaviour, physiology and neurology of music-induced emotions.