A new performance and exhibition by women in prison will explore the relationship between gender and persecution, sex and success, through a focus on Macbeth and The Crucible.

Led by Professor of Shakespeare Studies, Charlotte Scott, workshops at HMP Styal in Cheshire will explore the history of gender-based persecution through the figure of the witch and the changing cultural contexts in which women are deemed successful or demonic.

Working together to produce creative work, including drama, art and prose, the women involved will re-imagine the historicised figure of the witch and the invisible stories of the communities in which they were both persecuted and celebrated.

Having worked with the women in HMP Styal in 2019, on A Midsummer Night’s Dream, and how to change your story, this new project, Women, Witches, and Wonder: working with Shakespeare in Prison will continue to inspire the women of Styal through narrative process and role playing.

Charlotte has worked with women in prison and those at risk of a custodial sentence for over five years, supporting and delivering projects that create access to languages, experiences, communities and cultures many vulnerable women are excluded from.

The focus is on inclusion, access, and understanding of art and drama as a social process rather than an elite experience.

Charlotte said: “It’s fundamental to me as Shakespeare evolves and adapts to different audiences, that his work remains relevant and that it is accessible through a variety of different ways.

“There is a potential for everyone to have their own version of Shakespeare's art - whether through story, setting, imagination, role play, history or performance, the plays can be made to listen to those who read them as well as engage them. These workshops provide a different space to listen to the voices of the invisible, both past and present.”

With funding from Arts Council England, from September 2021 workshops at HMP Styal will be led by Professor Scott with Dr Aleksandar Brkić, a producer, arts manager and lecturer in the Institute for Creative and Cultural Entrepreneurship at Goldsmiths.

Reimagining the historical category of the witch, the workshops will explore what it means to be a woman, both historically and now, and how cultures create their own monsters to promote division, exclusion and fear. Looking at what makes women ‘wonderful’, both in terms of horrifying and exceptional, those involved will put the witch in close up and reimagine the terms and times that got her there.

Women enrolled in the project will have the chance to engage with these ideas of female identity and their own stories through creative writing, costume, arts and design, music, physical theatre and historical research. They will also gain key skills in terms of literacy, historical understanding, public speaking, costume and set design as well as team work, opportunities for leadership, marketing and curating.

Their final play will be performed within the prison and the creative work will be on show in the local community, including Quarry Bank Mill, owned and supported by The National Trust, and The Clink restaurant, Styal. 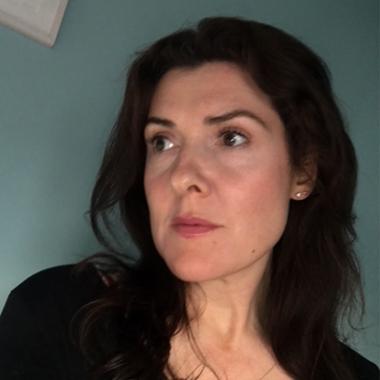 Charlotte’s primary research interests focus on the relationship between drama and social history.

Aleksandar is experienced in arts management and cultural policy as a researcher, creative producer and arts manager.