Over the last few years, an increasing number of young Londoners have packed their bags and moved to Berlin, deterred from taking career risks by London’s rocketing rents and scant opportunities in the arts and media.

Now a new report by Professor Caroline Knowles suggests that perhaps it should be Beijing, not Berlin, they’re heading for.

Download the full report, 'Young Londoners in Beijing' (PDF), and join us for a launch event on Thursday 28 January

Read 'Londoners are packing their bags for Beijing - here’s why' by Caroline Knowles on theconversation.com

From 2012-14 the Department of Sociology's Professor Knowles visited Beijing to interview dozens of young migrants from the UK, predominantly from London, and predominantly working or wanting to work in the arts and culture industries – journalism, writing, filmmaking, for example – or employed by NGOs.

China’s nowhere near the top of our list of popular overseas destinations, by and large we prefer English-speaking countries like Australia, Canada and New Zealand, or the proximity but nicer weather of France and Spain. Beijing’s got a population of 21 million but only around 5,000 of those are from the UK.

Of the 32 ‘temporary migrants’ Professor Knowles spoke to, 19 were from London, most were male, and most only have sketchy plans to return to our capital.

The young migrants like living in Beijing. It provides them with the freedom of a viable adult life that they can’t find in London because of limited opportunities in their chosen careers and the gap between wages and living costs. It gives them a sense of adventure, and time to plan more.

They don’t have the worry and expense of the massive commutes or overpriced house shares with six strangers that their peers back home are used to. As Tim (names have been changed) states: “I’ve never had as much disposable income as I do now.”

“The British middle-class is changing and past privileges can no longer be relied on,” explains Professor Knowles. “These young people have moved to Beijing in response to that. In London, previously accessible opportunities are more difficult and subject to fiercer competition. They might have gone to Oxford or Cambridge but even transferring from elite universities to the world of work has become more difficult.

“They’re the beneficiaries of comfortable middle class circumstances but neither of these things guarantees their future. They require new forms of social distinction differentiating them from competitors. Beijing may – it remains to be seen – provide this.”

The city provides job opportunities and training. It helps if you have some rudimentary Chinese language skills but you can get by without: several teach much-demanded English, Philosophy, Latin and Greek to young Beijingers, for example.

Around half the group surveyed for the report aren’t properly documented. It causes tensions, but as Professor Knowles points out: it appears not to shape their employment and life opportunities in any serious way, other than creating extra travel, expense and red tape. 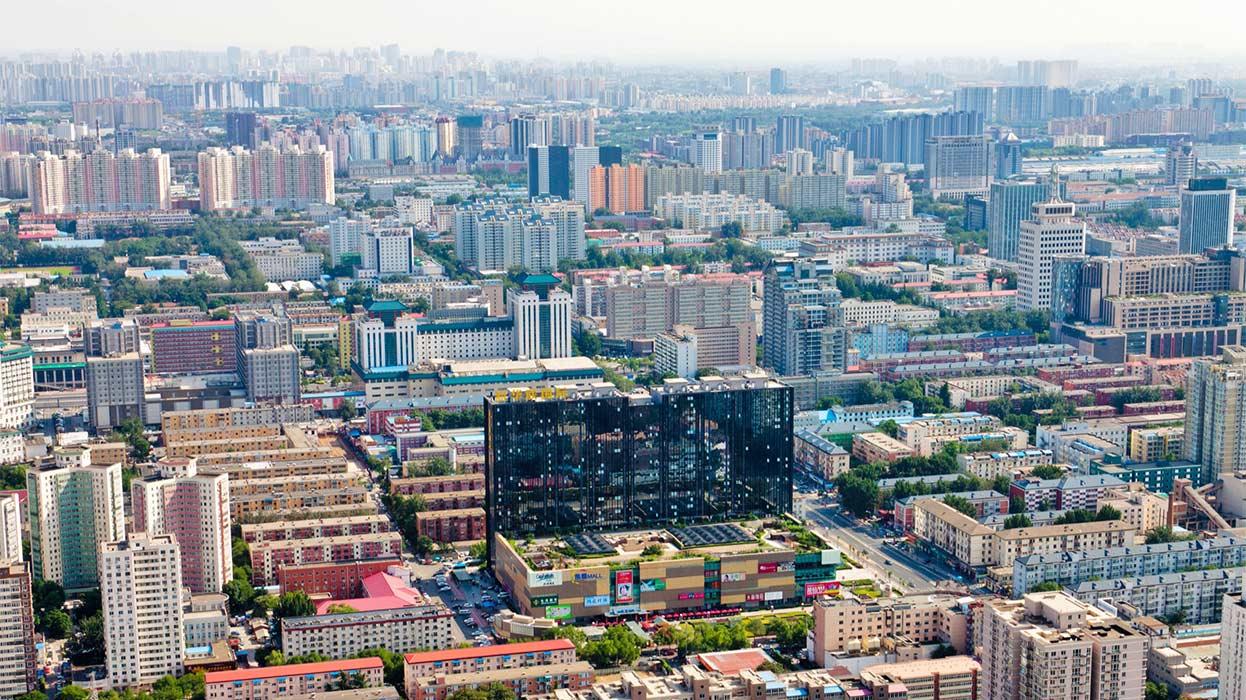 For both social life and living arrangements, they gravitate toward the city’s student-heavy or ‘hipster’ neighbourhoods, such as Gulou, an area in the process of regeneration. It’s inhabited by wealthy entrepreneurs and poorer residents with longer standing connections to the area.

Caroline’s interviewees describe Gulou as “romantic and charming” and note the resemblance in culture to Shoreditch, or Brooklyn, with bars, breweries and an industrial, unfinished, aesthetic. There’s independent music venues, and independent cafes for freelance writers to meet, mingle, work and pass the time. They love living in Beijing and many have learned Chinese.

So what’s the downside? “I’ve been arrested quite a few times, and detained,” notes Harry, who works for a news agency. “They will track you and find you. You’ll have to sign a confession saying that you did a terrible, wrong, thing. It’s a regular occurrence.”

Mark, a writer for an events magazine like Time Out, sounds like he has an easier time, as he describes how journalists get to know what the country’s censors are going to find offensive. Beyond criticising the government and its policies, he has relative freedom to report on social and cultural issues in the city.

There are an increasing amount of strikes and protests in the city, and an “architectural and social momentum”, one of the UK migrants points out, that’s frighteningly fast.

As Professor Knowles concludes, it is the “far-reaching transformations and new mobilities” of both cities that's bringing Beijingers to London and Londoners to Beijing.

'Young Londoners in Beijing' is based on a study funded by the Economic and Social Research Council under its Hong Kong Bilateral Programme and the equivalent research council in Hong Kong, in collaboration with Dr Ho Wing Chung, Associate Professor at the City University of Hong Kong. It is part of a three-city study study of: UK migrants in Beijing, migrants from London and Beijing in Hong Kong, and Chinese migrants in London.

On Thursday 28 January (room 326, Professor Stuart Hall Building, 5-7pm) the Centre for Urban and Community Research, the Asia Centre and the Migration Research Network at Goldsmiths host the launch of Caroline Knowles' report Young Londoners in Beijing. The event includes a response from Michaela Benson (Department of Sociology) and talk by Karen O'Reilly (University of Loughborough): West Meets East: migration as a story of cultural practice. Entry is free and all are wellcome.