I am a committed interdisciplinary scholar with expertise in the fields of politics, art history, postcolonial theory, cultural geography, medical humanities and the history of religion. Far from distracted wanderings, these interdisciplinary concerns coalesce sharply around questions of politics and vision. In particular I am concerned with the embodied nature of vision in the formation of agency, how art, landscape and the body interact in subject formation, and how, through genealogies of vision, we can arrive at far-reaching critiques of the so-called rationality of Western modernity.

I am particularly interested in the notion of counter-mapping both as a metaphor for decolonizing knowledge formations, as well as literally in terms of new ways of conceiving and representing space which disrupt the normalizing effects of systems of power/knowledge. More than just an effort to put back what the map erases, I am interested in how counter-mapping can be an attempt to reconfigure the political through/against representation, and how this encounters and evolves through processes of the everyday. 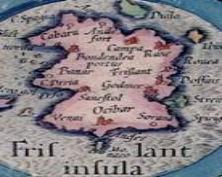 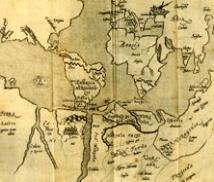 Politics of Other Cultures (1st Year)

I am keen to supervise in the following areas, and would particularly welcome students engaging with practical dimensions to their study:

Manual Labour sought to uncover the processes of making and making-do as practitioners demonstrated ways in which ‘labour’, ‘things’ and ‘skill’ come together in useful, creative, obsessive, practical, and just plain odd, curious and interesting ways. In doing so it attempted to highlight that very hard-to-define quality of ‘expertise’ - the attention to detail, the studied application, and the quiet proficiency of labour and thing conjoined – in an age when expertise has become professionalised, not democratised.

“Turning Blind: the ‘aesthetic turn’ and the methodological promise of dialogue, or “What’s so wrong with mimesis anyway?”, Millennium Conference, London School of Economics, Oct 2010.

“The Sacred Cut: toward a re-evaluation of the animate nature of early anatomical woodcuts”, The Body on Display Conference, Durham University, July 2010.