Notes on history and context of external statues on Deptford Town Hall.

This building opened in 1905 as the municipal centre for the former Metropolitan Borough of Deptford, which merged administratively with Lewisham in the 1960s. The building was acquired by Goldsmiths, University of London, in the late 1990s.

Its symbolic decoration raises difficult questions about how to deal with historic celebrations of those who wielded imperial power, subjugating other nations and enslaving their people.

The four statues in the niches at the front of the building (pictured below) represent four naval figures: 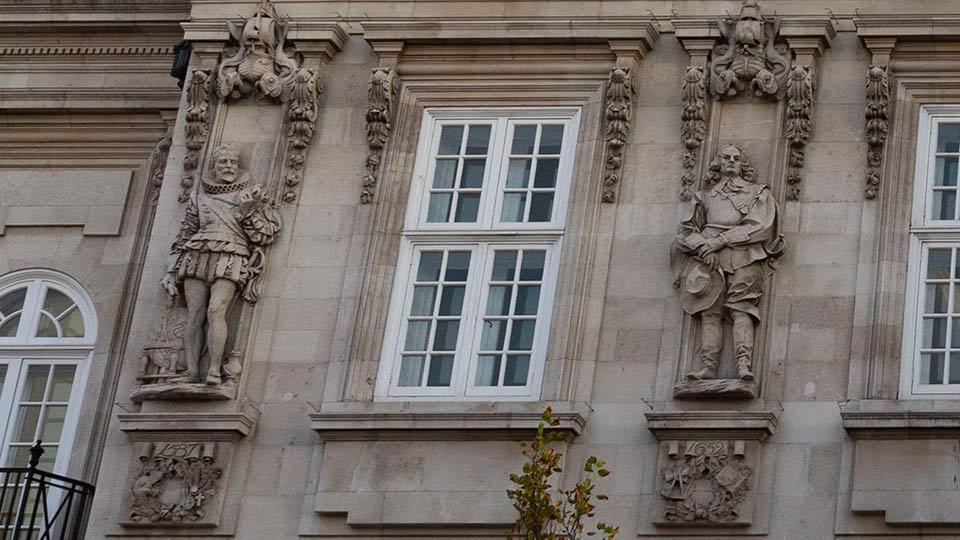 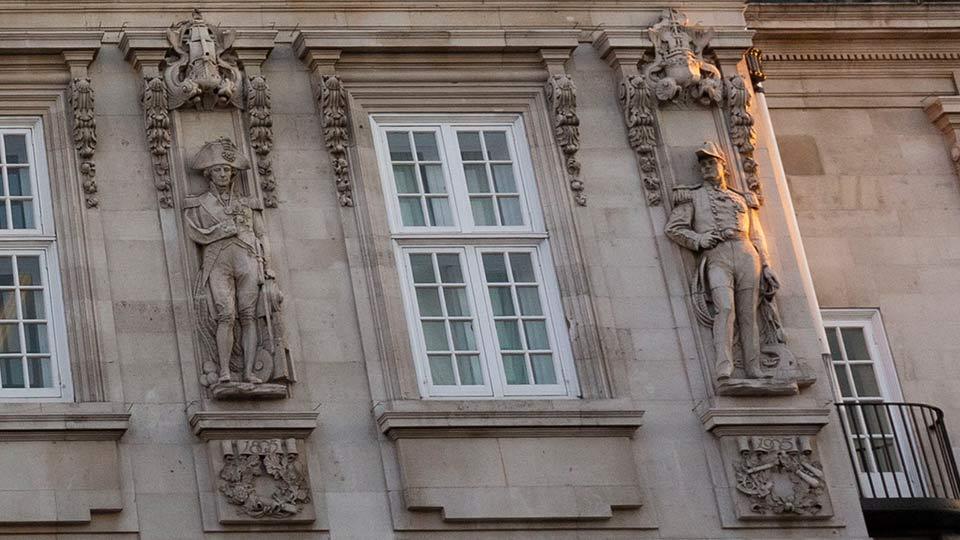 These figures were selected by the borough to adorn its town hall to mark the area’s long and deep maritime connections: Deptford’s Royal Naval Dockyards closed less than 40 years before this building was opened. The area was intimately connected with the transatlantic slave trade, with many ships built, fitted out or repaired in the local docks before heading to Africa. Olaudah Equiano – who fought to become a freed man and was one of the key figures in the abolitionist movement – was initially trafficked to Deptford.

Unsurprisingly therefore, modern commentators have raised concerns over the colonial imagery and their subjects’ connection to the horrors of slavery in particular. The debate about how we should present and interpret such controversial symbolism continues.

This material was produced to address one of the demands of Goldsmiths Anti-Racist Action, a BME-led student protest group launched in 2019. It is through that group’s tenacity and lobbying that these descriptions have been published to help reinterpret the building’s history through a contemporary lens. We were assisted by the research of Joan Anim-Addo, Les Back and the late Paul Hendrich, all Goldsmiths academics.

Details of our public consultation on the Deptford Town Hall statues.