2014-2016: Re-imagining Religion and Belief for Public Policy and Political Regeneration

Re-imagining Religion and Belief for Public Policy and Political Regeneration is an AHRC funded interdisciplinary discussion and networking hub for analysing the ways in which ‘old’ ideas of religion and belief pervade in public imagination(s), and what are the new spaces for reimagining them.  The network operates out of three contexts: the post-secular, the post-political and policy agendas of community and localism.

Post-secular: Jurgen Habermas has devoted his career to highlight the inability of liberal democracies to challenge the materialism and non-accountability of global capitalism that erodes democracy and social collectivism, from within its own resources. Liberal democracies, says Habermas, need to rediscover the wisdom, discernment and discipline that are linked with ‘pre-political’ religious sources because they are independent and self-generating, beyond the influence of both State and Market.

Post-political: Zizek alleges that the uncontested rise of neo-liberal capitalism (following the ‘defeat’ of Fordism and Communism in the late 20th century) has hollowed out genuine dissent, and therefore democracy, in favour or techniques of technocratic managerialism. These techniques cement the hegemony of neo-liberal capital by ensuring that everything works within the assumptions of its socio-economic framework.

Community and localism: Building on New Labour policy narratives of community, localism and double devolution, the 2012 Localism Act introduced by the UK Coalition intend far-reaching restructuring of the State-citizen relationship by devolving central government powers to local authorities, the market and communities. Despite deep cuts to local authority budgets, there is some evidence of creative and resilient responses by local government and communities which is expressed in ideas such as collaborative civic leadership, institutional bricolage, local ‘sense-making’, and institutional sharing with civil society actors. The network will particularly focus on addressing two areas of public policy: integration and the mixed economy of welfare. The main objective of this interdisciplinary research network is to critically map a wide range of contemporary conceptions of religion and belief and to translate and disseminate this mapping for policy audiences. The goal is to calibrate cutting edge evidence and theory about the contemporary religious landscape with policy-makers' ideas of it in prominent policy fields, especially: security and cohesion; community and neighbourhood; education; welfare and the Third Sector; international development; and health and social care. Findings will be shared with the UK government, local authorities and other public sector bodies via a number of briefings and publications.

For a full explanation see Aims of the project.

This project has led to a successor project designed to take forward the findings, through co-production, into tools and resources for policy-makers.

More from the Re-imagining Religion project 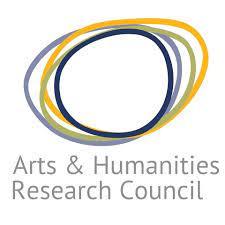