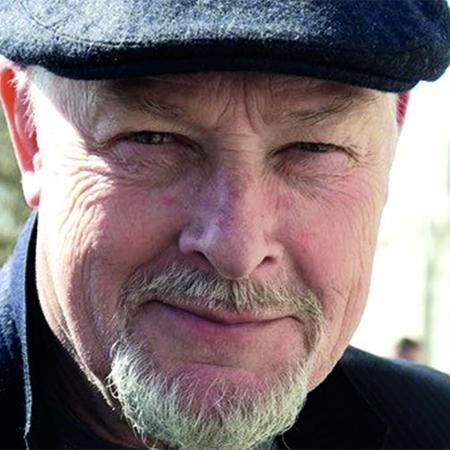 John Harvey is a crime fiction author and Goldsmiths alumnus. He is best known for writing the Charlie Resnick novels, the first of which, Lonely Hearts, was named by The Times as one of the 100 best crime novels of the 20th century.

John studied for a Teachers’ Certificate Course in English and Drama at Goldsmiths in the 1960s, and went on to work in secondary schools before deciding to write full-time in 1975. In addition to the twelve Resnick novels, John wrote four books featuring retired police detective Frank Elder. The first of this series, Flesh and Blood, was awarded both the British Crime Writers’ Association Silver Dagger and the US Barry Award in 2004. John is a published poet, with work appearing in collections Ghosts of a Chance (1992), Bluer Than This (1998), in addition to a  New and Selected Poems, Out of Silence, (2014).

Harvey has also turned his hand to television over the years, presenting ‘Who is Kurt Wallander?’ about the novels of Henning Mankel for BBC4. He adapted Arnold Bennett’s Anna of the Five Towns and The Old Wives’ Tale for the BBC, as well as devising and writing Hard Cases, the Central Television series about the Nottingham Probation Service. Dramatisations of his first two Resnick books, Lonely Hearts and Rough Treatment were broadcast by the BBC.

John’s books have been translated into more than 20 different languages, and he has received a number of awards for his work including the Grand Prix du Roman Noir Etranger, the CWA Cartier Diamond Dagger for Sustained Excellence in Crime Writing and the CWA Short Story Dagger.