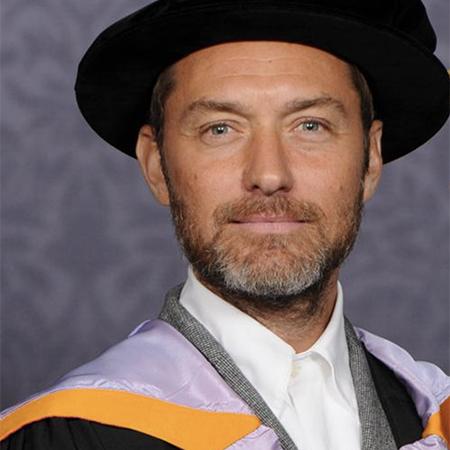 Jude Law is an internationally renowned actor, film producer and director. Born in Lewisham, he began acting training at the National Youth Music Theatre and landed his first television role aged 17. His large body of work includes the role of Dickie Greenleaf in The Talented Mr. Ripley (1999) for which he won a Best Supporting Actor BAFTA. He later appeared as Dr. John Watson in the Sherlock Holmes franchise. In 2007 he was named as a knight of the Order of Arts and Letters by the French government for his contribution to World Cinema Arts.