Immigration has been driving both population growth and economic development in the UK for decades. However, since the 1960s, successive waves of increasing migration controls have been implemented.

This Clinic gives students the opportunity to influence one of the major debates of our times.

With one of the highest post-war immigration levels among developed countries, the UK’s population now includes approximately 9 million residents who were born abroad (including 3.5 million EU nationals and 5.5 million non-EU nationals), and countless second-generation immigrants descended from post-war migrants.

Historically, the UK has been a welcoming destination for migrants. With increasing immigration controls getting implemented in many countries by 1900, in Britain they were met with resistance. In fact, British nationalism a century ago was defined by a commitment to open borders and to extending asylum to those politically or religiously persecuted.

Since the 1960s, however, successive waves of increasing migration controls have been implemented, accompanied by anti-immigrant public opinion – first, in response to migration from the former colonies, and more recently, in response to EU nationals’ exercising their right to free movement.

Immigration has become an especially contentious topic in recent years, prompting both incensed public debates and significant policy changes. Immigration concerns appear to have been one of the biggest driving forces behind the vote to leave the EU.

New post-Brexit Immigration Rules came into effect on 1 January 2021, ending EU nationals’ free movement to the UK and implementing notable changes to the points-based system (which now applies to all migrants). The new framework is expected to produce labour shortages in occupations classified by the Government as ‘low-skilled’ (i.e., low-paid) while increasing numbers of foreign workers who will undertake higher-paid jobs.

The Clinic explores key current immigration themes, seeking to situate them within the government’s overarching ‘hostile environment’ approach – an ever-expanding set of administrative and legislative measures designed to impede migrants’ ability to obtain permanent lawful status in the UK and to make living in the UK as difficult as possible for all migrants. Topics that are addressed include:

Various research and public engagement projects, many in collaboration with prominent migrant charities, enable students to meaningfully engage with such issues, critique current shortcomings of immigration policies, and make proposals for reform.

LLB Law students registering with the Immigration branch of the Law & Policy Clinic produce and disseminate policy and academic research, and have the opportunity to take part in a range of practical activities such as: 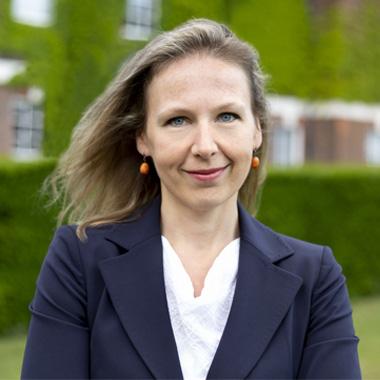 The Immigration branch of the Law & Policy Clinic is supervised by Dr Dagmar Myslinska, a Lecturer in Law at Goldsmiths, who is an expert on migration, equality and EU law, with broad practical experience in the field of domestic and international migration law.

Some of the activities undertaken by the Immigration branch of the Clinic feed into the work of the Britain in Europe think-tank, which is hosted by Goldsmiths Law.

Moreover, the Immigration branch of the Clinic is strengthened through collaborations with Migrants’ Rights Network, and the Joint Council for the Welfare of Immigrants, and through anticipated association with the East European Resource Centre.

During the 2020/21 academic year, students had worked alongside Migrants’ Rights Network on their various advocacy campaigns, policy initiatives, research and educational projects, including those listed below. Similar types of projects are anticipated during this academic year.

The Clinic complements the elective Immigration Law module in Year 2. It is of particular relevance to students aiming to follow a career in immigration law or policy, and will allow them to embed their classroom learning within professional legal skills.

The Clinic is open to students from other Goldsmiths departments.

Students who participate in the prescribed number of activities sufficient for them to complete the Clinic are awarded a certificate in an end-of-year special ceremony, where all student-teams engaged with the Law & Policy Clinic get the opportunity to present their work. Furthermore, those who also submit a self-reflective paper at the end of the Clinic will have their participation appear on their HEAR transcript.

Students successfully completing different branches of the Law & Policy Clinic will be given priority in potential applications to the Human Rights Law Clinic in the final year of their studies.