My teaching includes cultural studies and scriptwriting. Both areas are influenced largely on my professional work as a film producer and writer-director and my practice as a sound artist. This has also informed my research interests in the field of street technologies and cultures (particularly reggae dancehall sound systems) and in sound studies. One important tradition in which I locate my work is that of British Cultural Studies and I am a founding trustee of the Stuart Hall Foundation

The professional experience of work in film and television for the BBC, Channel Four and with my own company Formation Films over many years has given me the basis for continuing links with professionals in those industries. This is most valuable for ensuring that as the programme convenor for MA Script Writing the course is up date with current industry ideas, trends and practices, see also "In Our Own Words." The programme is also accredited by Creative Skillset and students have close links with those on other MA Filmmaking programmes in producing, directing, cinematography and so on.
My research interest in sonic ways-of-knowing and non-discursive non-representational types of meaning led to the establishment of the TRU (Topology Research Unit) in 2011. This has particular interests and activities in the areas of diagrammatics, rhythm and auditory topology. Sound System Outernational is an agency established in 2015 to organize events to develop the relationship between academic researchers, system culture practitioners and aficionados. The auditory environment of the fetus in the womb is another equally intense auditory environment. I am a founding director of Sonic Womb Productions Ltd that with partners in UCL conducts biomedical research and develops immersive surround-media environments.

My PhD students, several of whom with theory-practice projects, have completed their theses in such areas as sound art, diagrammatics, black music and sonic interaction design; others are completing them in reggae music and archeoacoustics. 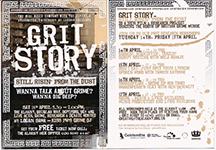 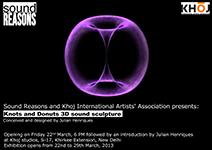 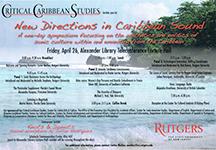 Sonic Space: the Extensive and Intensive Properties of Sounding in the Dancehall Session, or Tweeters in the Trees, presentation to ACLA Capitals, Sound Affects, NYU, New York, 22nd March 2014

1. Cultural Studies
The British Cultural Studies tradition provides one important framework my research. This concentrates popular culture, the street technology and bass culture of the sound system and reggae and dancehall music in Jamaica. In fact this follows in my father Fernando Henriques’ footsteps in Family and Colour in Jamaica where he researched Jamaican popular culture in the 1950s which was then African-inspired religious cults. My monographs include Sonic Bodies which investigated the performance techniques and practices of the sound system crew of engineers, selectors and MCs; and Sonic Media (forthcoming) that investigates the ways-of-making of the set of equipment and audience’s experience of space and time in the dancehall session and the culture of dancehall scene.

2. Sound Studies
Within this field I am particularly interested is auditory epistemologies, that is to say ways-of-knowing and ways-of-thinking through sound, where meaning is non-representational and often has affective impact. These sensibilities tend to be embodied, tacit and can be ritualistic, compared to traditional epistemic knowledge of text or image. Rhythmic patterning, ratio and proportion, diagrams and topological forms are often useful ways to capture such sonic wisdoms. As well as knowledge sound builds are sense of self and identity which has been a long-running interest in psychology (my first degree) since being a founding member of the editorial collective for the journal Ideology & Consciousness and joint author of Changing the Subject.

3. Narrative Media
My filmmaking work in both documentary and fiction fuelled my abiding interest in storytelling through sound and image. There is no more rigorous and economical written document than a feature film script. One on-going project is Eko & Her Sonic Warriors that takes the experimental form of a “sonographic” novel. For one episode graphic novel type images are cinema-projected to tell a story with a text of silent film type inter-titles and an atmospheric dub soundtrack.

4. Practice as Research
Creative practices often involve ways-of-knowing of which the practitioner is not necessarily consciously aware. This means that creative practice can reveal knowledge that cannot be unearthed otherwise either through observation, or experimentation or theoretical reflection. This leads to a methodology involving critical reflection on an art work and its production, as with my sound sculpture Knots & Donuts in the Tate Modern as part of the Topology Talks series, published in Theory, Culture & Society journal. An ongoing project with UCL includes an innovative multi-screen and multi-sound channel installation for the immersive experience of a biomedical documentary.

States of Exile and Dictating Terms (50 min. each) Producer/Director, Made in Latin America, BBC Music & Arts (1988) 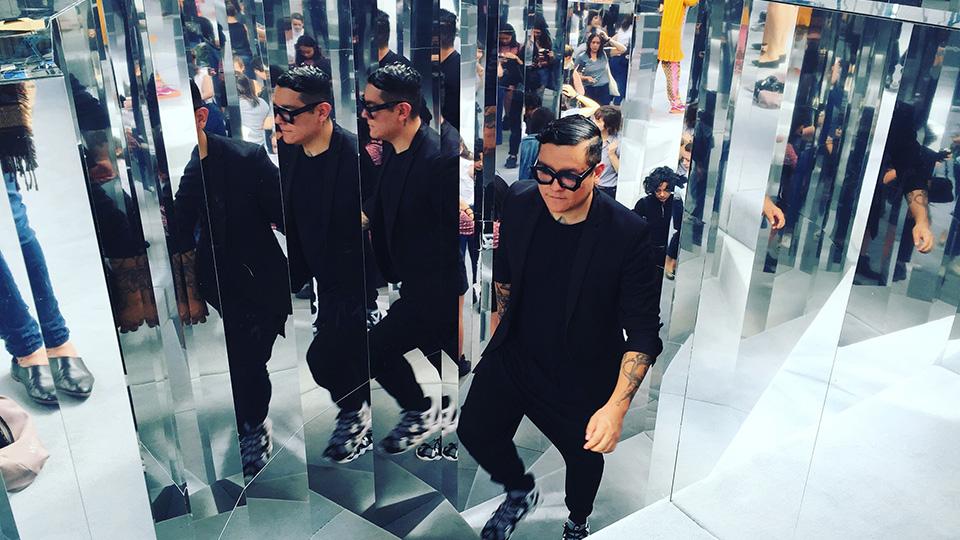 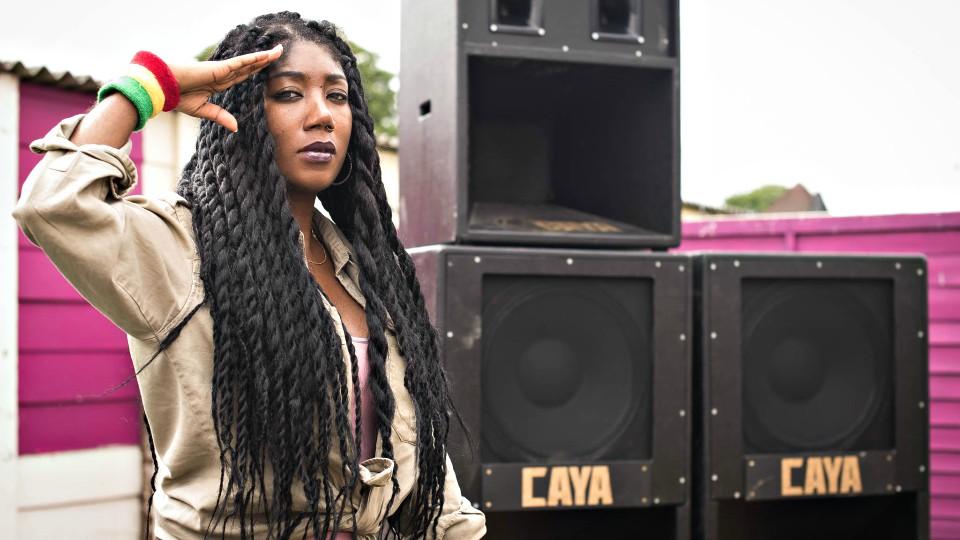 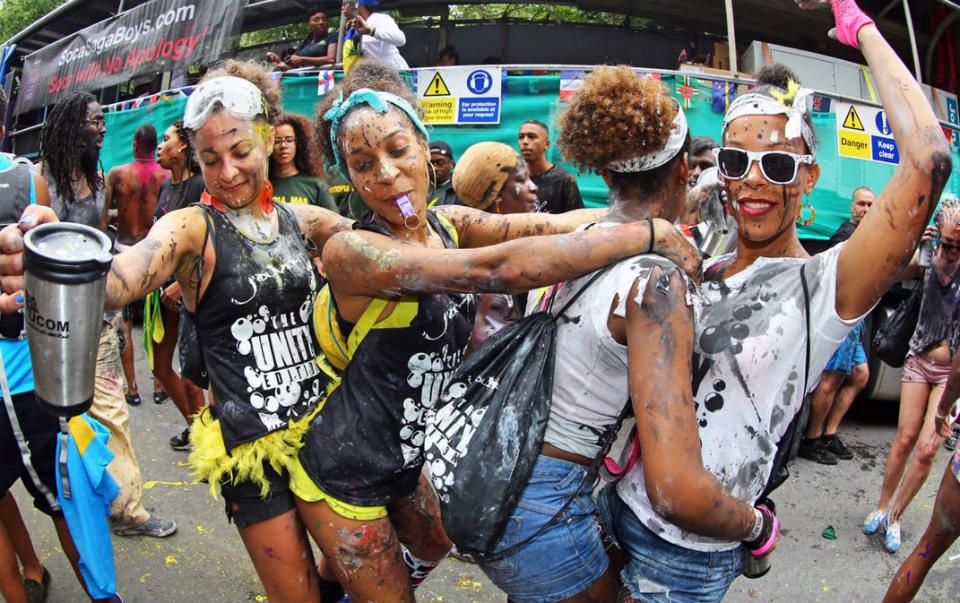 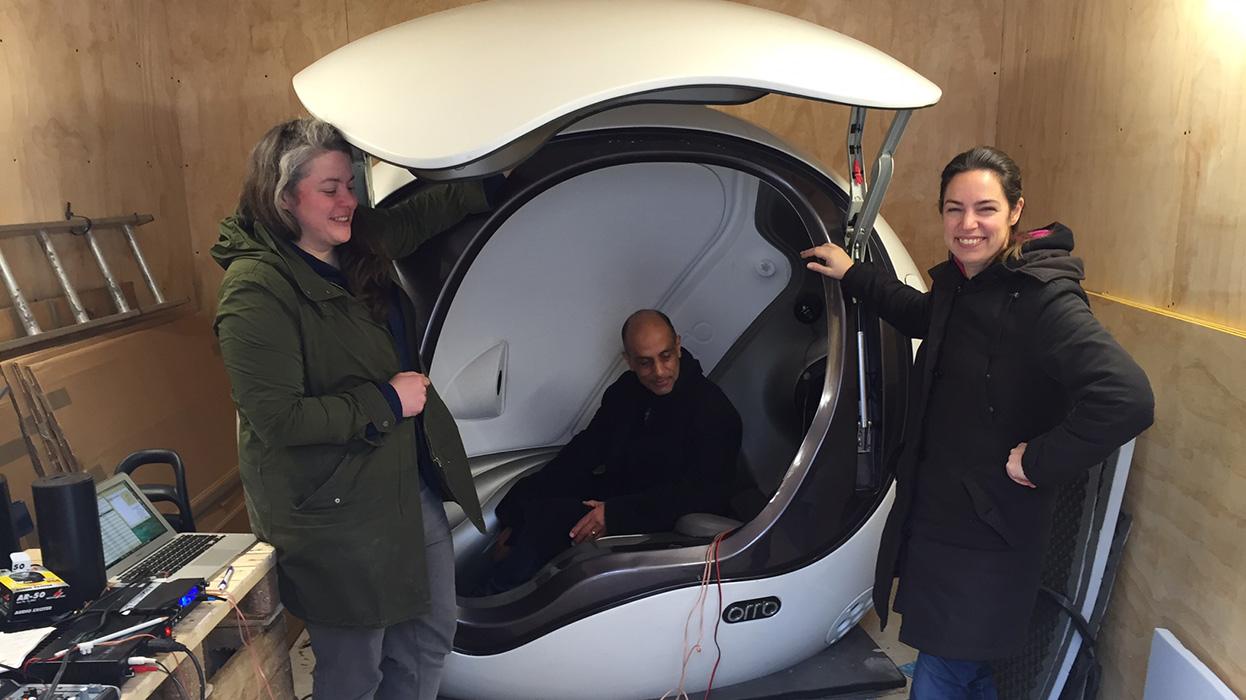