Written bySarah Cox
Published on 19 May 2020

New research from Goldsmiths, University of London and the University of Birmingham shows how anxiety negatively affects our ability to learn new motor skills.

It is well established that feeling anxious can hinder how well someone performs a task - a phenomenon known as “choking under pressure” - but it remains unclear exactly how this happens.

Dr Maria Del Carmen Herrojo Ruiz and PhD students Thomas Hein and Sebastian Sporn designed a series of experiments for 60 individuals, who had no musical training. Participants were split into three groups, with each group asked to learn short sequences of notes on a digital piano under different conditions.

The team measured how the performances of those learning in an anxious state differed from those who were not anxious while learning, and recorded which areas of the brain were activated by anxiety at different times.

The team wanted to test whether trying out more different rhythms during the exploration phase would improve their learning abilities in the next phase, when they had to use the scores to find the target movement.

To see how anxiety affected performance, one group was told in the initial exploration phase that they would have to give a public talk after they completed the piano task, which reliably made them more anxious. A second group were told about the anxiety-inducing public speaking only during the learning phase. The third group (the controls) were not aware of any public speaking task.

Participants who were made anxious during the exploration phase scored fewer points and were less likely to learn the piano sequence in the learning phase. They also varied their movements less in the first phase.

As a follow-up, the research team repeated the experiment with 26 people but without the initial exploration phase. This time the anxious participants were less able to learn the piano sequence and scored fewer points. This suggests that the initial exploration in the previous experiment had enabled later anxious participants to succeed in the learning phase despite being anxious.

The team interprets these findings as an indication that exploring our movements in a new setting when we are not anxious can be beneficial for later, when we must follow a very specific training scheme to reach a specific goal.

Electroencephalography (or EEG) imaging technology was used to record brain activity during the study. The researchers observed differences in participants with and without anxiety, particularly when they received their scores at the end of the test. The EEG signals showed that anxiety altered rhythmic patterns of brain activity called “sensorimotor beta oscillations”, which are known to be involved in both movement and learning.

Dr Herrojo Ruiz, Senior Lecturer in the Department of Psychology at Goldsmiths, said: “Our findings support the idea that people learn better if they are able to explore and experiment first.”

“Anxious individuals are known to exhibit an intolerance of uncertainty, which contributes to excessive worry.  Anxiety states also lead to more ritualistic behaviour, characterised by movement redundancy, repetition, and rigidity. This study shows that those features of anxiety can decrease people’s flexibility to adapt to changes in a task structure during learning, by making their adaptations more constrained and conservative – none of which is helpful for learning new movements.”

Alterations in the amplitude and burst rate of beta oscillations impair reward - dependent motor learning in anxiety by Sebastian Sporn, Thomas Hein and Maria Herrojo Ruiz is published in the open access journal eLife on Tuesday 19 May 2020: https://doi.org/10.7554/eLife.50654 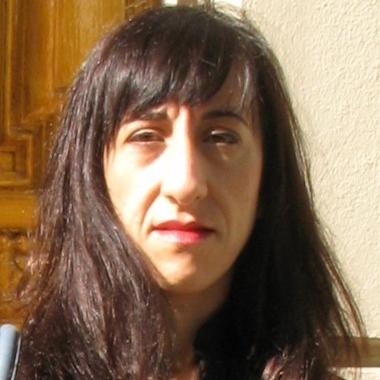 María is an expert in the neuroscience of sensorimotor learning and motor control.