A book which sees John Lennon take a magical mystery tour to an island off the West Coast of Ireland has won the Goldsmiths Prize 2015.

Beatlebone by Kevin Barry (Canongate) was awarded the £10,000 literary award which recognises writing at its most novel.

The work takes us to 1978 and imagines 20th century icon Lennon visiting the island he owns to undertake a course of primal scream therapy. But events conspire against the former Beatle, leading to an exploration of the strange and wonderful, time and place – with the struggle for art at its very heart.

The announcement was made at a ceremony held at Foyles bookshop on Charing Cross Road. Receiving the prize, Kevin said: "I haven’t got a humble streak: every time I’m shortlisted I think ‘I’m going to win that’.

But this is special. There are tremendous writers on this list, and it was great to be there with them. It’s really cool to win it – it’s a really cool prize 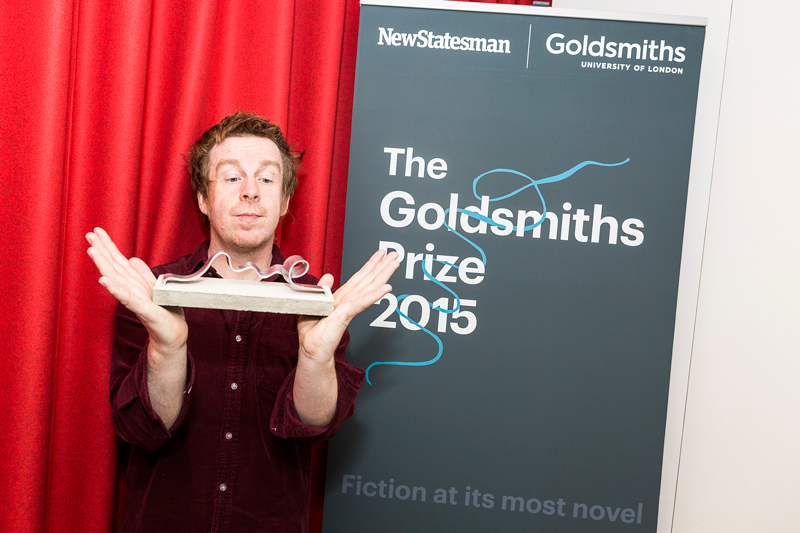 From a six-strong shortlist it was judged the winner by an expert panel consisting of author and inaugural Goldsmiths Prize winner Eimear McBride, author Jon McGregor, journalist Leo Robson and Chair of Judges Professor Cohen, who is Professor of Modern Literary Theory at Goldsmiths.

The Goldsmiths Prize was launched in 2013 with the goal of celebrating the spirit of creative daring associated with Goldsmiths, University of London and to reward fiction that breaks the mould or extends the possibilities of the novel form. It was founded in association with the New Statesman.

New Statesman Culture Editor Tom Gatti said: “In providing a reward for fiction that isn’t afraid to take risks, the Goldsmiths Prize encourages readers, editors and booksellers to be daring too. The New Statesman is proud to champion a prize that consistently unearths the year’s most exciting fiction: Kevin Barry’s thrilling, virtuoso novel Beatlebone is no exception.”

The novels shortlisted for the Goldsmiths Prize 2015 were:

·      Acts of the Assassins by Richard Beard (Harvill Secker)

·      The Field of the Cloth of Gold by Magnus Mills (Bloomsbury)

Eimear McBride was the first Goldsmiths Prize winner for her work A Girl Is A Half-formed Thing – with the victory coming nearly a decade after the work was rejected by publishers for being too experimental.

Last year saw Ali Smith triumph with her work How To Be Both. Smith recently credited the Goldsmiths Prize for changing the literary landscape by encouraging publishers to embrace experimental works.

The Prize is open to novels written by authors from the UK or the Republic of Ireland, and was created in conjunction with the Goldsmiths Writers' Centre, headed by author Professor Blake Morrison, which hosts events aimed at encouraging new writing and stimulating debate about literature.

Kevin Barry will be in conversation with the Chair of Judges, Josh Cohen, and Tom Gatti, Culture Editor of the New Statesman at the Cambridge Literary Festival on 29 November at 8.30pm.