How does it feel to be viewed as violent, terrorist, un-British ‘other’: to be a minority in a majority situation, to have no sense of belonging, to be voiceless, marginalised and invisible?

In British-Islamic Identity, Dr Hoque shows how young Bangladeshis have constructed a new British-Islamic identity for themselves - a dynamic and inclusive identity that occupies a social and spiritual space in their lives.

He explores how that identity helps young British-born Bangladeshis manage the complexities of being British, Bangladeshi and Muslim, giving them a sense of belonging, recognition and acceptance.

Their stories are powerful, clear and unsettling as they chart their life experiences.

Dr Aminul Hoque is a lecturer in the Department of Educational Studies at Goldsmiths, and a visiting lecturer at London Metropolitan University.

Most of Aminul’s community work is in Tower Hamlets. He was awarded a National Training Award in 2002, the Philip Lawrence Award in 2005 and in 2008 received an MBE for services to youth justice in east London.

Aminul is also a freelance journalist and broadcaster. His inaugural radio documentary, Islamic Pride, was shortlisted for the prestigious Sony Awards in 2004.

British-Islamic Identity offers important new insight and understanding of young people’s own stories of identity and allows us to hear their ignored and alienated voices. This makes the book essential reading for those who work with or are concerned about young people.

With Islam dominating the domestic and international news agenda British-Islamic Identity is a timely and positive contribution to the often misunderstood notions and complex issues of what it means to be a British Bangladeshi Muslim.

Trentham Books is an imprint of IOE Press, the university press at the UCL Institute of Education. Trentham Books publish at the leading edge of education and social justice titles.

Read more about 'the migrant story of non-belonging' on the Goldsmiths Academics website. 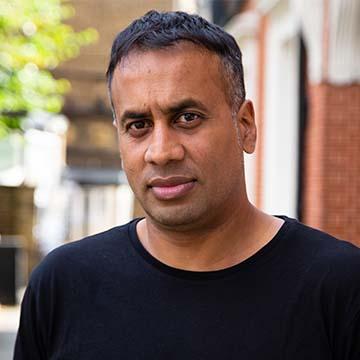