The fifteenth annual Christine Risley Award for outstanding work in textiles by a graduating Goldsmiths, University of London student has been won by BA Art graduate Tyreis Holder.

The cash prize is awarded annually by the Goldsmiths Textile Collection and Constance Howard Gallery in memory of textile artist and former member of staff Christine Risley (1926–2003).

With degree shows postponed or moved online this year because of the coronavirus pandemic, the award was judged for the first time from online submissions. The judges describe the entries as “a testament to the resilience shown by the student population during this difficult time.”

The panel were particularly impressed by the strength of Tyreis Holder’s practice, which explores self-identity and her own ‘trilogy of cultures’ through the language of textiles and clothing.

Guest judge Rose Sinclair, Lecturer in Design Education in the Department of Design said of Holder’s work: “These works are rooted sensitively within ideas based around a divided self, and the relationship between textile and the body, textiles and text, and text and orality, describing the emergence of an identity.”

Holder translates her poetry into textile pieces, installations and performances. For ‘IDK, I’m calling this Midnight hues, or suttin like dat’ (2019) she created a site of healing in response to the systemic oppression of black women. She explained that the choice to leave garments unfinished or unhemmed reflects the nature of her mother tongue, Patois (translated as ‘rough speech’) and conveys a narrative which the artist describes as existing “freely on an continuum, with no ending or fullstop”. The work was commissioned by local arts festival Deptford X in 2019.

Rose Sinclair, whose own research explores the development of textile clubs used by Caribbean women in Britain in the 1950s and '60s as a catalyst for social and economic change, adds: “There is the connection throughout between the historical narrative of textile seen through the artefact of 'crochet' in the Caribbean space and artefact of 'patois' both tracers of moments and embodied practices of self-identity.”

BA Art graduate, Corinne (Shih-Yen) Chan was highly commended by the Christine Risley Award judges, who said that her “uncanny performance works capture the imagination with their reference to ecological endeavours in a posthuman world.” 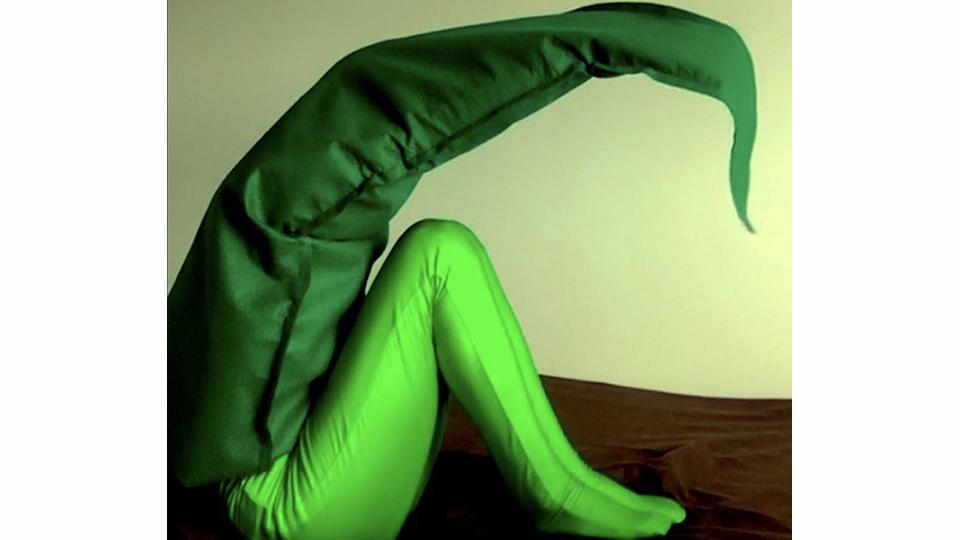 [Corrine Chan, 'Dreaming of a Field' (2020), proposal for a performance including animation, felt, polyester and lycra bodysuit and performance, photograph by the artist.]

The Christine Risley Award has been running since 2005 to honour Risley’s role as a key member of Constance Howard’s innovative Goldsmiths textiles department in the 1960s. The £500 prize was won last year by Farrah Riley-Gray for her work dealing with misogynoir and hair within black cultures.

Find out more about the Constance Howard Gallery, Textile Collection, and the Christine Risley Award