Researchers at Goldsmiths, University of London have published new citizen-collected data from the US that shows the damaging environmental impact fracking makes in people’s backyards.

The Citizen Sense project, which was carried out in rural Pennsylvania, is believed to be one of the first cases where residents using low-cost digital monitoring technologies have collected air quality data as evidence of pollution from natural gas infrastructure.

The Citizen Sense project will now be undertaking urban air quality monitoring with participants in London.

By publishing the methods and results of residents’ digital monitoring activity, Goldsmiths researchers led by Dr Jennifer Gabrys are hoping to encourage others – particularly in the EU – to join in the wider development of citizen-led environmental monitoring and data analysis.

Now that hydraulic fracturing is meant to begin in the UK, these methods could be particularly useful for impacted communities.

Thirty monitoring kits were distributed to Pennsylvania residents in October 2014, which they used over a period of seven months to collect air quality data.

Paul Karpich is a resident of Dimock Township, Susquehanna County, where there are no zoning ordinances to prevent gas exploration and development. Surrounded on three sides by compressor stations that are part of the fracking infrastructure – a situation he describes as a “death triangle” – Paul joined the Citizen Sense project after experiencing conditions, including pollution, which impacted his health.

The seven months of data collected from his PM2.5 monitor showed raised levels of air pollution (above World Health Organisation guidelines of 25 µg m-3 for 24-hour daily mean concentration of PM2.5). The data also indicated that the likely source for the local air pollution could include the three compressor stations 7,500 feet north, 3,000 feet south and 5,000 feet southwest of Karpich’s home.

The range of health problems caused by raised levels of particulate matter are broad, but predominantly include impacts to the respiratory and cardiovascular systems and can vary with the health and age of residents, according to the WHO’s research. 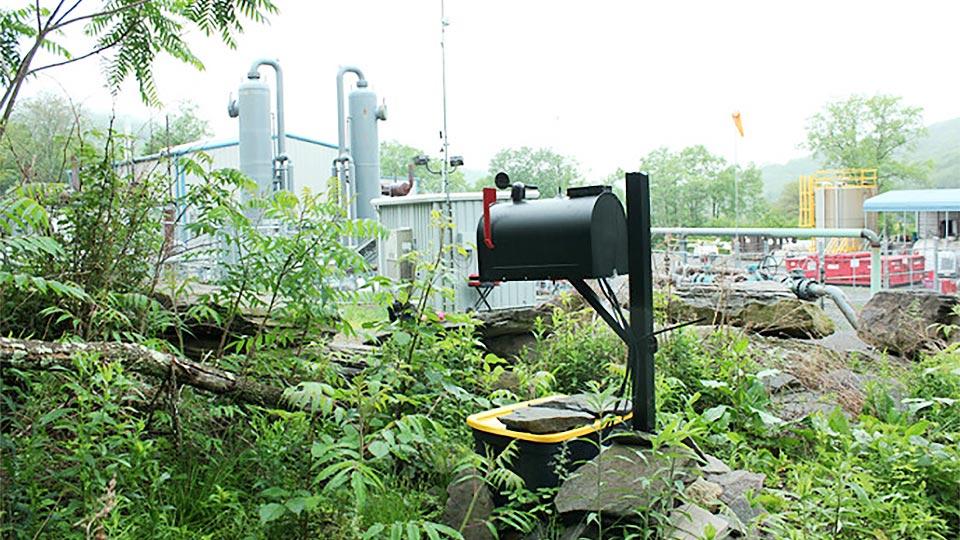 At another monitoring site in Bridgewater Township, Pennsylvania, residents armed with a PM2.5 monitor also found that WHO guidelines for particulate matter were breached on multiple occasions.

While regional sources of air pollution were detected, there was clear evidence of additional local sources. Looking at all other local sites and industries capable of generating PM2.5 near the Bridgewater monitoring site, analysis of the citizen-collected data showed that the nearby compressor station and fracking well pad to the south of the site were a likely local source of air pollution.

A similar pattern of air pollution was detected at several other monitoring sites, including Brooklyn Township and Liberty Township, once weather, time of day, wind direction and the impact of possible regional sources for pollution were taken into account.

‘Data stories’ detailing findings from a sample of five citizens monitoring the air pollution from natural gas infrastructure in Pennsylvania are now available online at datastories.citizensense.net.

The complete set of citizen-collected data, together with the Airsift data analysis toolkit developed by Citizen Sense, are available at citizensense.net.

Videos that document the citizen-based pollution sensing process are also available on Vimeo.

Citizen Sense is funded by the European Research Council.

Find out more at citizensense.net