Life in a smart city is a frictionless; free of traffic congestion, optimally lit, with everything from bins to buildings constantly reporting their status and managing their interactions with residents.

The smart slum is still a peripheral idea, but we can speculate on the likely impact of extending this ‘smartness’ to slums and make two competing claims. Firstly, that development professionals should be wary of smart slums repeating some of the negative impacts of ICT4D; and secondly, that a push for smart slums could be appropriated for social justice.

The idea of the smart city is a vision of a networked urbanism. The promise is that environmental monitoring and feedback from embedded sensors everywhere will simultaneously deliver greener and more productive cities. The idea has been most fully materialised in brand new cities like Songdo in South Korea but is spreading to established urban centres like San Francisco, Amsterdam and Madrid.

The smart city itself is by no means a new idea. In previous decades it had labels like cybernetic or connected city, but it has been given a new lease of life by the flowering of small, cheap and adaptable sensors that draw on smartphone technologies and DIY electronics (think Arduino and the Internet of Things). For people working in development this comes with an attractive new feature; the smart city of today is seen as participatory.

Feedback and monitoring includes the active participation of citizens who install smart metrics and sensors (such as the Arduino-based Smart Citizen Kit, which measures temperature, humidity, noise, CO2 and NO2 levels), contribute data, and become part of a kind of sensor citizenship.

The smart slum also makes sense as a way to bridge the infrastructure gap; by adding programmable intelligence to services that are extended in to slums (such as sensors that report the water flow in pipes and send alerts if water use is outside of the expected normal range), they can be managed in a way that is responsive and well-adapted to the ever-shifting environments of informal settlements.

The idea of smart slums shares a great deal with the way slum mapping has adopted new technologies and participatory processes. A decade or so ago, a coalition of NGOs and women’s networks mapped hundreds of Pune’s slum settlements, with the aim of bringing poor communities into the official mechanisms of city planning, so that they would get a better share of resources.

More recently, the Map Kibera project has used the participatory technologies of GPS and OpenStreetMap to enable residents of Kenya’s biggest slum to make a digital map of their streets and alleyways. Map Kibera is meant as a platform for empowerment; giving residents a way to monitor and report on their own experiences of government initiatives.

But smart slums could still repeat the problematic cycle of first generation ICT4D if the technologies are dropped into communities without an effort to build the capacity of poorer citizens to use them. Many funding evaluation reports and academic studies show how ineffective the tech-led approach can be, and how it can reinforce existing divides. Moreover, the whole idea of monitoring, like mapping, should be approached with caution.

Mapping and measurement were the original mechanisms of colonial control and projects that simply add visibility without agency risk reinforcing the status quo.

It may also be that sensors and smartness paradoxically limit citizenship rather than extending it, if citizens just participate by generating data and real resource decisions are made elsewhere. This is a dystopian version of smart slums as a way to subdue and control.

So how could smart slums be done differently? One approach is being tested through bottom-up citizen science. The approach of these projects (like our own Kosovo Science for Change) draws on critical pedagogies like that of 1960s educator Paulo Freire, for whom learning was the co-operative activity of understanding how our lived experience is constructed, and how to make a difference in the world.

These projects involve citizens in using embedded sensor technology to answer their own questions about their environments. The approach would be familiar to development professionals as participatory community development but with added elements of maker culture – fablabs and hackerspaces – and empirical methods.

If applied in the context of smart slums, these methods could be part of a new politics of infrastructure. As every part of traffic, water, energy and waste systems become direct generators of data they raise new questions of governance.

Now that we can see what’s going on and have the computational ability to influence it, who gets to decide how it’s managed? The answer doesn’t just depend on companies and government but on the potential for citizens to prototype their own solutions. 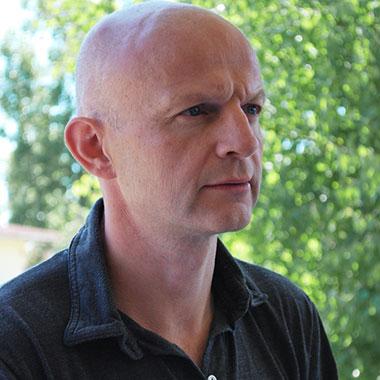 Dan is a Lecturer in Creative & Social Computing at Goldsmiths College, University of London.