There was outrage from both social and mainstream media over the launch of a cereal cafe on Brick Lane. Was public indignation centred more around the gentrification of east London, or on the infantile regression of adults eating cereal in public?

The arrival of the Cereal Killers cafe on Brick Lane set the world of pop-urbanist critique alight. Both social media and mainstream media (now infamously Channel 4 news) offered their own outraged analysis of young Irishman Gark Keery’s bold entrepreneurial venture. The particularly hot flame in this debate arises from the sheer number of combustibles that were buried beneath the opening of the cafe.

On the surface, all of these discussions were about gentrification. But why now? E1 has been gentrifying ever since Spitalfields Market stopped selling fruit and veg in 1989. In the same era a whole clutch of YBAs (Tracy Emin, Gilbert and George, Sarah Lucas, Jake and Dinos Chapman and Rachel Whiteread) set up studio and shop in the erstwhile industrial premises left by the industry that vacated around the same time.

In the years that followed, Brick Lane was also turned into a destination for the commodification and consumption of cultures, with the deliberate green lighting of nearly all A3 restaurant usage planning applications by the local council. This was a valuable source of opportunity for Bangladeshi Londoners whose previous sources of employment in the area’s industry were vanishing.

Aside from the unavoidable problems of reducing ethnicity to consumable commodities, this policy also put the curry houses in fierce competition with each other. It was inevitable that in a time of economic hardship that such a competitive market would see Bangladeshi owned businesses close. The businesses that sprang up in their place are, of course, a reflection of the growing inequality and processes of exclusion suffusing east London.

Since 2008, Brick Lane has seen the opening of at least nine new boutique coffee shops, a tea shop, a cake shop and two new estate agents, nearly all in premises that were previously curry houses. At the same time, it has also seen the arrival of pawn brokers, lenders and gold resellers. It is clear who benefitted most in the area from the crash of 2008, and it is a profoundly unjust state of affairs.

But suffice to say that the gentrification of Brick Lane has been a long time coming, and a far slower process than compared to areas in south London where the rent gap was much bigger. Cereal Killer Cafe in fact opened on the part of Brick Lane that was gentrified about 15 years ago, and replaces an art house video rental shop that died in the wake of streaming on demand. The amplification of the public probity directed at the Cereal Killers then, lies in other factors.

Amongst the most obvious of these has been the welcome rise of ‘gentrification’ on the agenda of public discourse, driven by very public campaigns led by the E15 Mothers on the Carpenters Estate and the residents of Hoxton’s New Era estate (and Russell Brand).

In a series of progressive moral panics that identified first bankers, then politicians as the new Folk Devil, property developers and landlords are now also being prepped for the pyre. The reasons that this particular opening attracted so much attention, however, lies in other details, some of which were carefully planned.

Like the Death Row restaurant that popped up in Dalston earlier in 2014, the Cereal Killer’s proprietor chose nihilistic amorality as his brand image, a canny marketing ploy in an era of hair-trigger social media driven moral panics.

Many people today are simply too bored or irascible to rise above the goading nature of such commercial tactics. The second strand in the general outrage emerges from the actual product that Cereal Killers sells.

The indignation around the content of the bowls offered to customers is articulated in terms of the ‘ridiculous’ mark up that the owners are charging for a bowl of cheap cereal. But as the owners also point out in their riposte to churlish journalists from Channel 4 and the Daily Mail, no one shows the same outrage when a cheap shot of coffee and frothy milk is served next door for the same sort of mark up.

The over priced product, then, is a slightly disingenuous source of outrage. The real outrage comes, does it not, from the symbolism of milk and cereal? That is, we feel that adults eating their daily bowl of milky grain is an entirely acceptable form of infantile regression in the privacy of one’s own home. But it ‘ought not to be done in public'.

Of course, the increasing use of inner east London as a playground for carefree international bourgeois youth, and the growing exclusion of some of Tower Hamlets' most deprived residents from that playground, ought to be a serious cause of concern. But should our arguments be that we all stop playing? Should we not ensure that leisure and opportunities to engage in playfulness are instead fairly distributed?

Nowhere in these debates, incidentally, is an interrogation of the ways a landscape of global risk and stolen opportunity arrests a whole generation of young adults in the employment status and future-orientated-anxiety of a teenager.

The list of villains responsible for East London’s gentrification is almost as long as the timeline over which it has happened. The broader policy decisions and structural shifts that made this possible deserve our attention lest the worst effects be left unmitigated.

The opening of Cereal Killer resulted in a flare-up of intense public discussion, however, partly because the man behind it carefully calibrated his launch to achieve this. None of the concerns raised by this ‘debate’ are entirely invalid, but they need articulating more carefully, and reflexively, than crude flabbergasted outrage directed at bearded entrepreneurs. 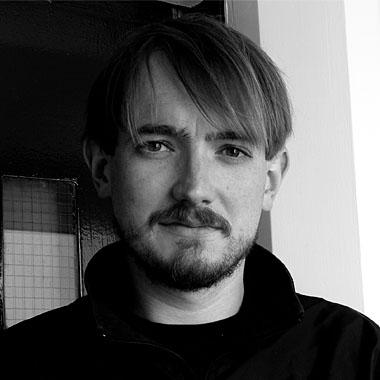 Alex is an urban sociologist, focussed on the relationship between multi-sensory experiences of cities and histories of change.