A poet who has worked and studied at Goldsmiths has spoken of a “bolt from the blue” after being shortlisted for the Costa Book Awards.

Alumna Kate Miller has been nominated for the 2015 Costa Poetry Award for her debut collection The Observances, published by Carcanet.

Praised by the Costa judges as being “remarkably assured” and “painterly, sensuous and sonically vibrant”, the work is an exploration of perception and the tricks and erasures of memory.

Kate was a postgraduate student in the Department of English and Comparative Literature from 2007 to 20011 undertaking her MPhil/PhD which is titled The Observances and Observations of Walks by the Sea.

She taught, examined and tutored in the department at the same time. Other writers who studied within the department include Jack Underwood, Emily Berry, Anthony Joseph, Malika Booker, Bernardine Evaristo, Abigail Parry and Matthew Gregory.

Kate said: “Nobody can explain how it happened but somewhere along the line from the book's launch in late April, certain poems have floated into view – in The Sunday Times and elsewhere. One is being made into a film. Giving my first breakfast-hour interview today was pretty tricky, like being tongue-tied at a party."

“I am awestruck by the three books on the same shortlist, all by male writers. Mine has the loveliest image on the cover. You could give it to someone for Christmas!”

The cover painting is a detail from Christopher Le Brun’s canvas ‘Neither White Nor Warm Nor Cold’, 2013, last seen in New York.

Also shortlisted in the poetry category are Physical by Andrew McMillan, 40 Sonnets by Don Paterson and Talking Dead by Neil Rollinson.

The Costa Book Awards have six prize categories with a total fund of £60,000. The category winners are announced on Monday 4 January 2016 with the Book Of The Year Announced on Tuesday 26 January 2016.

Last year saw Goldsmiths Honorary Fellow Ali Smith win the Costa Novel of the Year for her work How To Be Both – just weeks after it won the Goldsmiths Prize 2014. 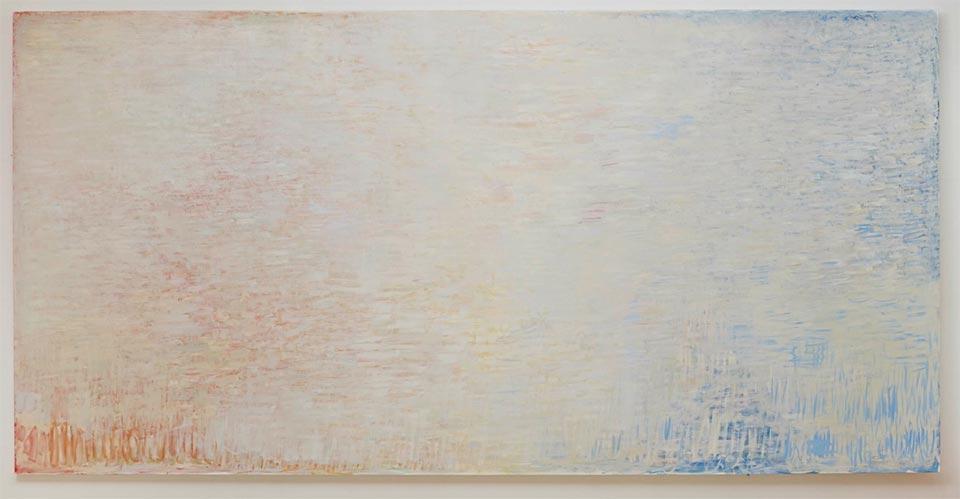 (Christopher Le Brun’s ‘Neither White Nor Warm Nor Cold’)