A recent graduate from Goldsmiths, University of London has been awarded the revered ALUMNO/SPACE award for young artists.

Djofray Makumbu, 23, was introduced to the University at the age of 18 via its Summer School programme and has since gone on to complete a BA in Fine Art this year.

He has been recognised for his 2017 final year project, ‘Dreams’.

His award-winning degree show project was influenced by his upbringing in east London.

It tackles a range of subjects including street culture, hip hop and drug abuse.

His prize is a year-long residency in a state of the art studio in Old Southwark Town Hall, Camberwell. The studio rental is supported with a year’s stipend from the Department of Art at Goldsmiths.

The Goldsmiths Summer School aims to encourage local London teenagers with a talent for art to experience what it’s like to study at university.

Students who would be the first in their family to attend Higher Education, like Djofray, are prioritised.

Djofray was part of the programme in 2014 after meeting Goldsmiths staff at his foundation college, BSix in Hackney, and impressing with his stop motion animation about the New York Graffiti artist Jean-Michel Basquiat.

He went on to study the BA Fine Art course, at Goldsmiths, specialising in animation, ceramics, painting, music and live performance.

Djofray said: “It is a huge honour to win this award and I’m very pleased to have my work recognised in this way. When I started creating art I never dreamed that I would get the chance to study at Goldsmiths, and to receive this award so soon after graduating is a very nice bonus.

"I am very grateful to Goldsmiths for the opportunity to join the fantastic summer school, which started my incredible journey. I can’t wait to get started at the studio and it’s very exciting to know that I’ll be working in such a creative environment.”

Alison Jones, Lecturer in Art Practice at Goldsmiths, said: “Djofray was one of the hardest working students we’ve ever had, and we are thrilled that he has won the ALUMNO/SPACE award. It is always inspiring to work with the teenagers who attend our Summer Schools, and to see them develop into the calibre of artist that Djofray has become is especially pleasing.” 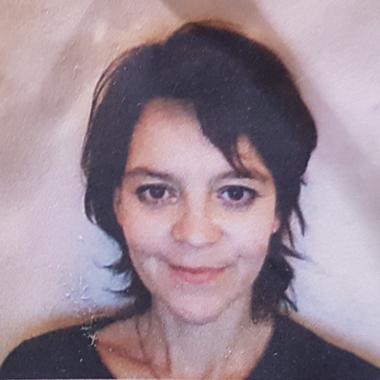 Alison paintings are figurative physical and gestural, and are imbued with questions of feminism and criticality.