Researchers from the Forensic Architecture agency at Goldsmiths, University of London have worked with survivors from Syria’s most notorious prison to build a digital reconstruction of the unmonitored and unphotographed facility, allowing us to see inside for the first time.

Since 2011 thousands have died in Syria’s prisons and detention facilities. With anyone perceived to be opposed to the Syrian government at risk, tens of thousands of people have been tortured and ill-treated, in violation of international law.

In April 2016, Amnesty International and Forensic Architecture travelled to Istanbul to meet five survivors from Saydnaya Prison, near Damascus. In recent years, no journalists or monitoring groups which report publicly have been able to visit the prison or speak with prisoners.

As there are no images of Saydnaya the researchers were dependent on the memories of survivors to recreate what is happening inside.

Using architectural and acoustic modelling, the researchers helped witnesses reconstruct the architecture of the prison and their experiences of detention. Participants were fully informed about the project, and allowed to withdraw at any time. 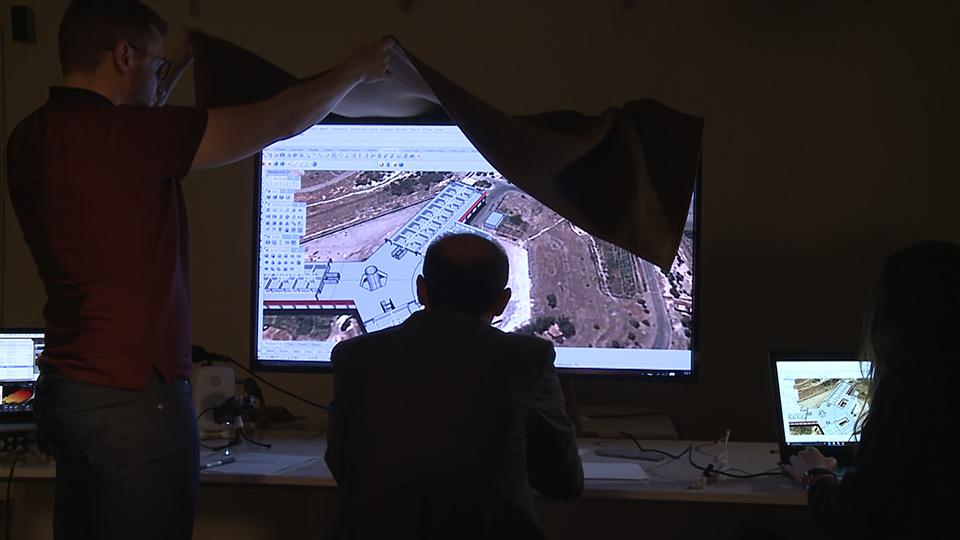 The former detainees described the cells and other areas of the prison, including stairwells, corridors, moving doors and windows, to an architect working with 3D modelling software. The witnesses added objects they remembered, from torture tools to blankets and furniture, to areas where they recalled them being used. The recollections sparked more memories as the model developed.

With next to no daylight, in particular in the solitary cells underground, the prisoners in Saydnaya develop an acute experience of sound. Detainees were made to cover their eyes with their hands whenever a guard entered the room and speaking was prohibited, so prisoners became attuned to the smallest noises.

To capture these auditory memories, researchers developed techniques to solicit “ear-witness testimony” and reconstruct the prison’s architecture through sound.

Witnesses listened to tones of different decibel levels, and were then asked to match them to the levels of specific incidents inside the prison. “Echo profiling” helped to determine the size of spaces such as cells, stairwells and corridors (this involved playing different reverberations and asking witnesses to match them with sounds they remembered hearing in the prison) while “sound artefacts” simulated the noise of doors, locks and footsteps, helping generate further acoustic memories. 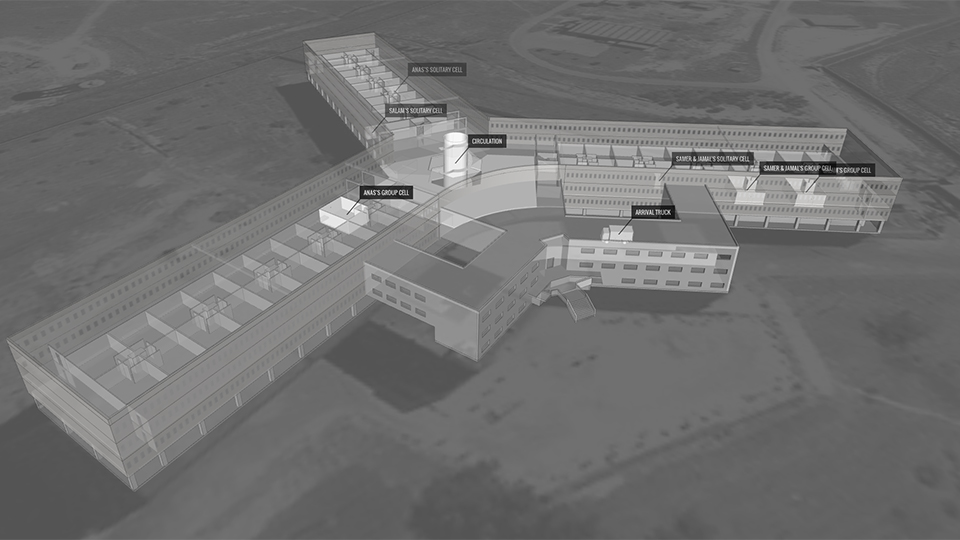 Detainees at Saydnaya are generally transferred to the facility after spending months or even years in detention elsewhere. Such transfers often take place following unfair trials at secret military courts. Others arrive at the prison without having seen a judge and do not know the alleged charges against them or how long they will be detained.

The Saydnaya project is part of a wider campaign led by Amnesty International calling on the Syrian government to allow independent monitors into its brutal detention centres. Amnesty is urging Russia and the US “to use their global influence to ensure that independent monitors are allowed in to investigate conditions in Syria’s torture prisons”.

Videos contain scenes and descriptions some may find disturbing.