This year’s Gold on Film festival at Curzon Goldsmiths is celebrating the best in local, LGBT and animated films.

Beginning on Friday 16 March, the annual festival is held at Curzon Goldsmiths cinema based in the Richard Hoggart Building on Lewisham Way.

Now in its second year, it spans five days and will show a huge variety of films ranging from a short documentary about the Battle of Lewisham to an advanced preview screening of highly anticipated Chinese animation Big Fish & Begonia.

Gold on Film gets underway with a screening of two of the most celebrated films of recent years in LGBT cinema.

On 16 March it will show feature-length documentary Queerama and short film Sign back to back.

Queerama is a compilation of archive footage from 1919 to the present, from both documentary and fictional sources, set to music, illustrating the huge changes in LGBTQ life in Britain over the 20th century.

It is directed by Daisy Asquith, Senior Lecturer and convenor of the MA Filmmaking at Goldsmiths, University of London.

Through vignettes, music and sign language, Sign tells the story of a relationship between Ben, a hearing man and Aaron, who is deaf.

On Saturday 17 March, documentary The Battle of Lewisham is one of five shorts being screened. It focuses on the effects of the infamous day of clashes between the National Front and anti-fascist protesters in 1977.

The film, produced and directed by Goldsmiths alumnus Nachael Catnott, provides a contemporary exploration of the ‘Battle’ through interviews, performances and poetic interpretations of the events.

On Sunday 18 March, Love According To Tinder tells the story of Goldsmiths alumnus Belen Tavares’ search for love in South East London via the popular dating app.

Jack King, Curzon Goldsmiths Manager, said: “I am excited about this year’s festival and it is fitting that it gets underway with the Queerama and Sign double bill, given Goldsmiths’ track record for raising awareness of LGBT issues and championing LGBT rights.

“There is also a wide range of other films showing, including a number made in the local community and exploring local history. As ever, the talent of Goldsmiths students and staff is central to this year’s festival program, and I am looking forward to welcoming the local community to Curzon Goldsmiths to enjoy it.”

Tickets for films showing as part of the festival start from £8.50 for adults and £5.50 for students at off peak times.

Tickets for films showing as part of the Animation & Experimental program are available for £5 at all times. 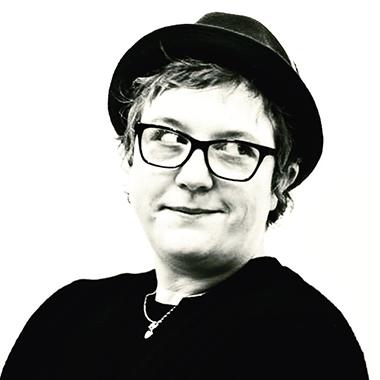 Daisy is a documentary filmmaker with 20 years’ experience making films for the BBC, Channel 4 and the BFI.