A book written in a single novel-length sentence has won the Goldsmiths Prize 2016. Solar Bones by Mike McCormack, published by Tramp Press, was named the winner of the £10,000 award which recognises fiction at its most novel.

The work was praised for its remarkable narrative which unfolds in one unbroken sentence and as a formally innovative novel which is also a moving and compelling read.

It follows the stream-of-consciousness recollections of a man named Marcus Conway, a middle-aged engineer from the west of Ireland briefly returned from the dead on All Soul’s Day, November 2008.

McCormack is the fourth winner of the prize founded in 2013 by Goldsmiths, University of London and held in partnership with the New Statesman. He is the third Irish writer to win since the prize began.

The work is published by Tramp Press after the writer was released by Jonathan Cape just under a decade ago.

Speaking after collecting the prize created by students from the Department of Design, McCormack said his win was “payback” for the publishers and agent who had backed him during his “long and difficult adventure” as a writer.

And he called on more publishers to take risks with experimental authors.

Speaking after collecting his £10,000 cheque at an event held at Foyles Charing Cross Road, McCormack said: “It’s about time the prize-giving community honoured experimental works and time that mainstream publishers started honouring their readership by saying: ‘Here are experimental books’.

The judging panel was made up of Chair of Judges Professor Blake Morrison and writers Erica Wagner, Bernadine Evaristo and Joanna Walsh.

Professor Morrison said: “Set over a few hours in a single day, and told in the first-person voice of a middle-aged engineer, Mike McCormack’s Solar Bones transcends these seeming limits magnificently.

“Politics, family, art, marriage, health, civic duty and the environment are just a few of the themes it touches on, in a prose that’s lyrical yet firmly rooted.

New Statesman Culture Editor Tom Gatti said: “The New Statesman is delighted to continue to grow its partnership with the Goldsmiths Prize, which, with Solar Bones, has once again shone a spotlight on a thrilling piece of writing from out of left field.  For those who care not only about the state of the novel but its future, this prize is essential.” 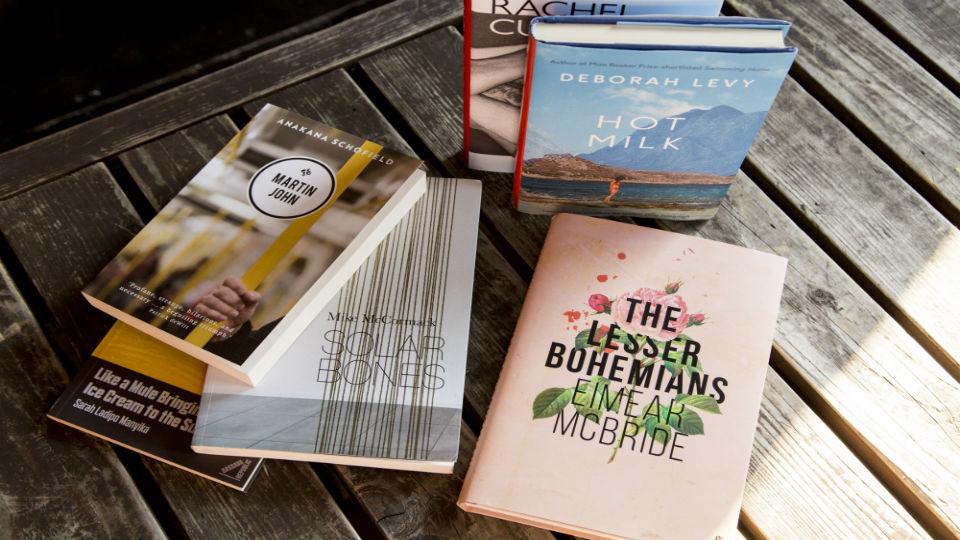 Solar Bones was picked from a shortlist of six works – after an initial 111 works were submitted for the 2016 prize.

The six works shortlisted works were:

The Goldsmiths Prize was launched in 2013 with the goal of celebrating the spirit of creative daring associated with the University and to reward fiction that breaks the mould or extends the possibilities of the novel form. Works by authors from the UK and Republic of Ireland are eligible for the award.

2014: How To Be Both by Ali Smith, published by Penguin

2013: A Girl is a Half-formed Thing by Eimear McBride, published by Faber and Faber

Mike McCormack will be in conversation with Chair of Judges Blake Morrison and New Statesman culture editor Tom Gatti on 26 November at Cambridge Literary Festival.