Waidner was announced as the winner of the £10,000 prize rewarding mould-breaking ‘fiction at its most novel’ at an online ceremony on Wednesday 10 November.

Sterling Karat Gold is the second of Waidner’s books to be shortlisted for the Goldsmiths Prize – We Are Made of Diamond Stuff was a finalist in 2019.

The Goldsmiths Prize was launched in association with the New Statesman in 2013 with the goal of celebrating the spirit of creative daring associated with Goldsmiths as a university, and to reward fiction that breaks the mould and extends the possibilities of the novel form.

Published on 24 June 2021, Sterling Karat Gold is described by its publisher, Peninsula Press, as ‘Kafka’s The Trial written for the era of gaslighting. A surreal inquiry into the real effects of state violence on gender-nonconforming, working-class and black bodies.’

When Sterling is arrested one morning without having done anything wrong, they are plunged into a terrifying and nonsensical world. Sterling – with the help of their three best friends - must defy bullfighters, football players and spaceships in order to exonerate themselves and hold the powers that be to account. 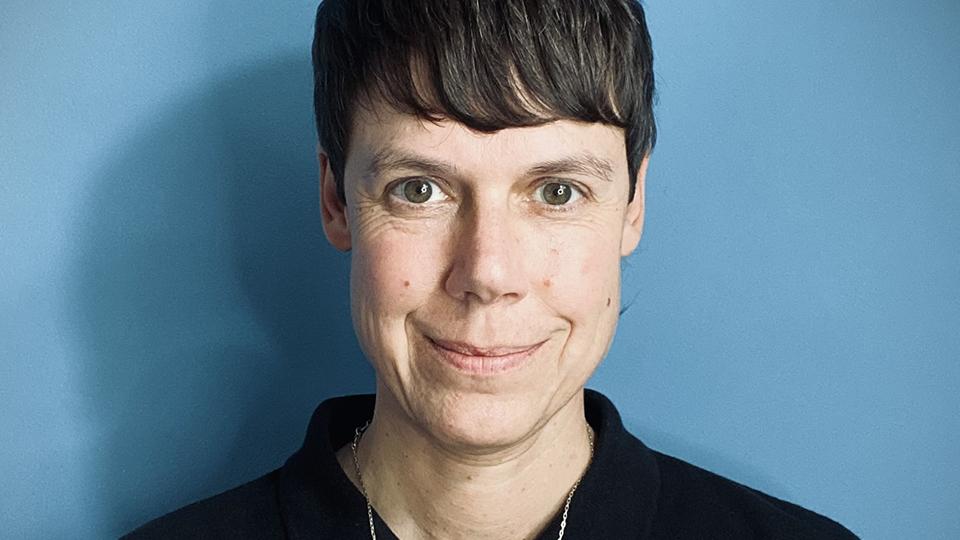 In her description of this year’s “spirited” and “uninhibited” shortlisted novels, Goldsmiths Prize 2021 Chair of Judges Dr Nell Stevens described Waidner as bringing “wit, swagger, playfulness and fury to an unfettered journey through an unjust justice system.”

Judge Kamila Shamsie said: “Isabel Waidner collides the real and the mythic, the beautiful and the grotesque, to mind-bending effect. Time-travel constrained by the limitations of Google Maps and trials out of Hieronymus Bosch never out-dazzle the human heart in this novel of friendship, art, injustice and all that can be imagined and unimagined.

“From the first page, matadors in Camden seem entirely plausible and we wait to see what might be coming around the next corner. Waidner has a live, distinctive intelligence that pushes form to make us see the world around us in new ways and perhaps even for the first time.”

Tom Gatti, Deputy Editor of the New Statesman said: “Isabel Waidner’s Sterling Karat Gold is just the sort of wild and ingenious novel that the Goldsmiths Prize was made to celebrate. The New Statesman is delighted to continue its partnership with the UK’s most exciting literary prize.”

London-based Isabel Waidner was born in and grew up in Germany before moving to the UK at the age of 20. They are the author of three novels: Sterling Karat Gold (2021), We Are Made of Diamond Stuff (2019) and Gaudy Bauble (2017).

They were editor of Liberating the Canon: An Anthology of Innovative Literature (published by Dostoyevsky Wannabe in 2018) and have published critical and creative writing in journals including AQNB, Cambridge Literary Review, The Happy Hypocrite, Tank Magazine and Tripwire. They have been shortlisted for the Republic of Consciousness Prize twice, and won the Internationale Literaturpreis in German translation for Gaudy Bauble.

Waidner is co-founder of ICA event series Queers Read This and programmer and presenter of the ICA’s Instagram-streamed literary talkshow This Isn’t a Dream. Previously a Senior Lecturer at the University of Roehampton, earlier this year they became Senior Lecturer in Creative Writing/Performance at Queen Mary University of London.

Isbabel Waidner will discuss Sterling Karat Gold in an online event for the Cambridge Literary Festival, in association with the New Statesman, on 18 November.

The Goldsmiths Prize 2021 shortlisted books were: