Almost half of the British public sympathise with some ideas promoted by extremist far left groups, and nearly a quarter believe capitalism ‘is essentially bad’, new research suggests.

A report published by the Commission for Countering Extremism also concludes that young men who support far-left anti-capitalist ideas have a high chance of sympathising with forms of violent extremism.

The report found that despite sympathies, there is no evidence that British far left sectarian groups currently have the capacity or inclination for direct organisational involvement in terror activities of any sort.

Researchers from Goldsmiths, University of London, King’s College London and the University of Bristol today (Friday 19 July) published an analysis of their survey on the views and attitudes of members of the sectarian far left. A larger survey was also conducted on the general population, who hold a wide range of political views.

The report’s focus was not on democratic socialists, but on groups who believe that socialism can only be achieved through revolution. While these groups may give public support to specific Labour Party politicians for tactical reasons, they fundamentally reject party politics, the research team concludes.

Participants were asked their level of agreement with 15 statements reflecting aspects of the ideology of the sectarian far left. Report findings include:

Dr David Hirsh, Dr Daniel Allington and Dr Siobhan McAndrew were commissioned in April 2019 to use innovative polling methods to explore attitudes of the far left. Their report is one of five new peer-reviewed papers on the threat from the far right and far left, Islamism, drivers of extremism, online extremism, and other forms of extremism.

The Commission for Countering Extremism, led by Sara Khan, will be using collected evidence to make recommendations to the Home Secretary later this year.

Dr Allington said: “The sectarian far left consists of a number of small, close-knit groups, each of which aspires to lead the workers into revolution. Survey data suggests that people who agree with the ideas promoted by the sectarian far left are more likely to sympathise with violent extremism.”

Dr David Hirsh, Senior Lecturer in Sociology at Goldsmiths, said: “The rise of populism has brought ways of thinking into mainstream politics which had until recently been locked outside of democratic discourse. The Extremism Commission exists to monitor developments which threaten the democratic state and which legitimise political violence.

"It is by no means a critique of left wing or socialist politics in general. Rather its focus is on ways in which some left wing currents may constitute threats to the wider democratic community or to particular targets which may be constructed in one way or another as ‘enemy of the people’.”

The report concludes that while political violence is relatively rare in Britain, survey findings suggest that opportunities may exist for political entrepreneurs to radicalise those open to revolutionary workerism and anti-imperialism.

“With the political landscape in a state of flux, it would be prudent to monitor for all such developments carefully,” the report says.

The views in the academic papers are those of the authors, and not necessarily of the Commission or the authors’ universities. 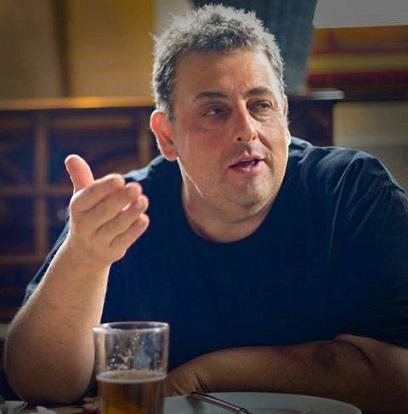