More than 50 years after composer Terry Riley created the ever-changing ‘In C’ for an indefinite number of performers, an MFA Computational Arts student from Goldsmiths, University of London has designed an artificially intelligent orchestra which will allow musicians to play the piece solo.

Composed in 1964, Riley’s experimental and influential masterpiece consists of 53 short melodic fragments lasting from half a beat to 32 beats, with each phrase repeated an arbitrary number of times.

It has been performed with 11 musicians or up to 124, with each performer having control over which phrase they play and when. The piece also has no set running time - it could last 15 minutes or for hours.

With ‘In C++’ Goldsmiths’ Gregory White has created a series of independent virtual performers who make their own decisions about which notes to play, when to progress to the next bar, whether to play hard or soft, and so on, through a form of artificial intelligence.

Each performer is aware of the others, correcting themselves if they start to lag behind or rush ahead in order to ensure what they play compliments the rest of the ensemble.

The program Gregory has written produces MIDI (digital) notes which are then sent to hardware instruments (physical digital instruments), software instruments, or any other MIDI controlled device – potentially including lights. He’s so far trialled it with chimes, a more droney version with heavy reverb, and a percussion-only virtual orchestra. 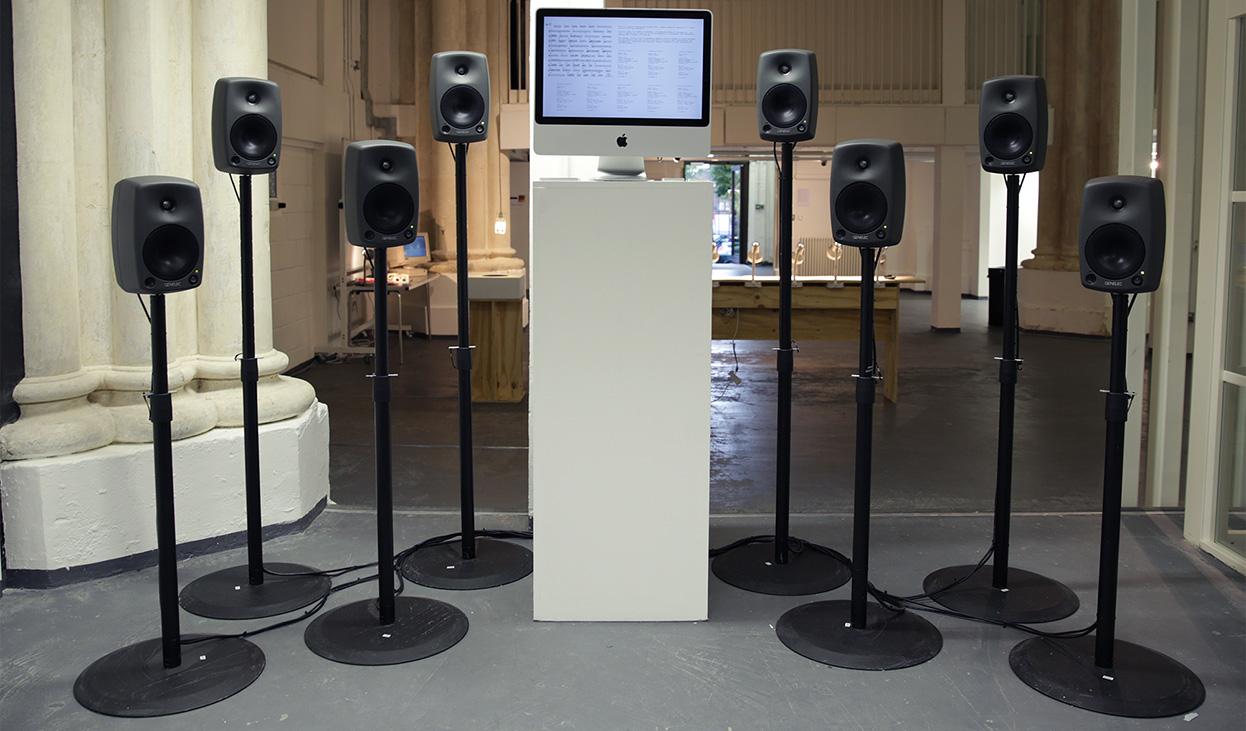 The artist explains: “I decided to choose the piece 'In C' for my MFA Computational Arts project for a number of reasons, but primarily because when performing Riley’s work, I realised that my thought process was rather algorithmic.

“I thought it would be interesting to take the ensemble element out of the piece, and see how it could change, or what new ideas could be explored, when the decisions about which pitches to play were taken care of.

“What is the human performer's role? They could perform with an instrument alongside the machine; they could act as a conductor, influencing volume, pattern changes, the texture of the piece, the timbre of each performer, effects processing, and so on. And how is one person's interpretation of the piece different to an ensemble’s?”

“Plus, I just really, really, wanted to do this project so I could make the C++ pun.”

Gregory White’s fine art practice includes photography, filmmaking, sound design, creative coding, and human-computer interaction, as he believes that each informs the other.

He attended the University of East Anglia, and received a Bachelor's degree in Music Technology with a specialisation in Sonic Arts. Currently Greg (@gregwht) is working as a freelance video editor, photographer, and general sound guy, while studying MA Computational Arts part-time at Goldsmiths.

Gregory White’s ‘In C++’ will be on display at the Goldsmiths, University of London MA and MFA Computational Arts show from 8-11 September.
Find out more at www.gregory-white.co.uk