Understanding the psychological tools employed by magicians could help protect us from the politicians and marketers trying to manipulate our behaviour, new research from Goldsmiths, University of London shows.

The same “nudge behaviour” techniques are used in everyday life to influence everything from what we buy at the supermarket to which policies we vote for.

Studying the psychological processes that underpin decision making and the ease by which decisions can be manipulated can help answer questions about our sense of freewill and agency over choices, the researchers say.

Magicians have developed a wide range of psychological tricks to influence people’s choices. The intent is for people to feel like they are making a free choice, when the forcing trick means they are not.

Forces can be grouped into two broad categories: Decision forces (techniques in which the magician directly manipulates the person’s decisions) and Outcome forces (when the spectator makes a genuinely free decision, but unknown to them this decision has no impact on the outcome of the trick).

Decision forces include the use of either visual prompts, subtle gestures, words or restrictions which influence a spectator into picking a particular card, for example, or special positioning might be used to force people to pick in a certain way.

Outcome forces such as ‘the Equivoque’ are powerful tools which give spectators the illusion of choice (picking a key or a wallet from a table, for example) but regardless of a spectator’s choice, the result is always going to be the outcome chosen by the magician.

Alice Pailhès, Phd researcher in the Department of Psychology, said: “Many of the psychological principles that underpin these forces can be applied outside magic performance. Nudging people’s behaviours has become an increasingly popular way of modifying behaviour.

“Most forcing principles have been tested in the real world, so they offer powerful tools to influencing people’s choices. They might provide new ways of encouraging better decisions in regards to health and well-being, for example, through the placement of items on a store’s shelf. Forcing techniques in the entertainment industry create a false sense of choice and autonomy, which helps create more engaging and interactive experiences.

“But covert control and modification of people’s thoughts raises serious ethical issues too. We believe that understanding magicians’ forcing techniques is a valuable tool to raise awareness about the ease by which our choices can be manipulated. Such awareness may help protect people against unwanted influences such as political propaganda, and encourage policy makers to take the issue seriously.” 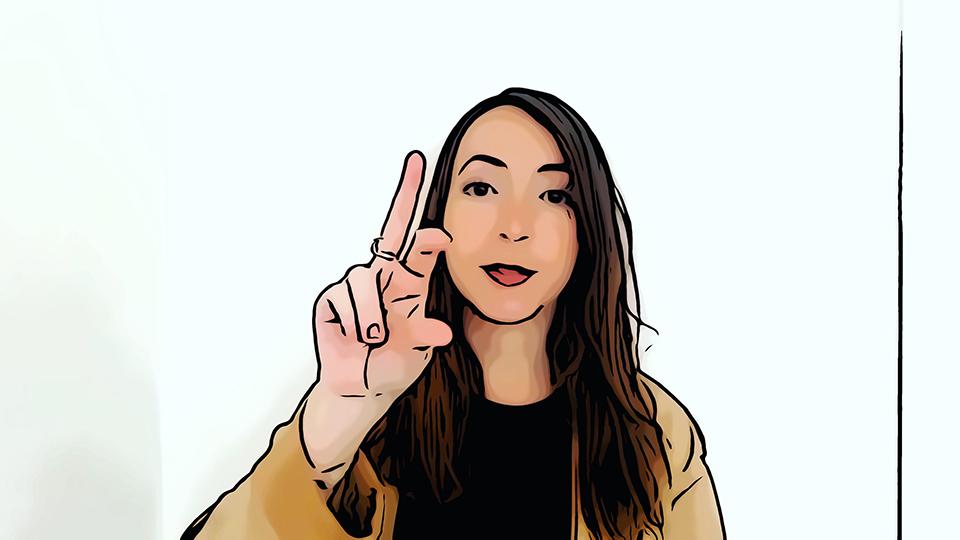 Visual Riffle force - a distinctive visual saliency and/or restrictions are used to influence a spectator to mentally choose a particular playing card. Two prior studies have found that between 54 and 98% of participants choose the target card, while feeling completely free for their choice

Position force - this force relies on the fact that most people tend to act in the same way when presented with a specific situation. If a magician places four cards in a horizontal row on a table and asks the spectator to touch or take one, the majority will choose the third card from their left. This happens because most people are right-handed and tend to choose items that are more reachable. Two scientific papers have found that on average 60% of people choose the target card.

Mental priming force - a magician uses subtle verbal and nonverbal primes to prime the spectator to name a target object. Created by Derren Brown, this technique relies on using subtle hand gestures and key words to prime people to think of, for example, the three of diamonds. This force has been shown to be effective for 18% of participants, when it would be expected less than 2% by chance.

The Criss-Cross force -  a magician asks a spectator to cut a pack of cards in half and place the top pile next to the bottom one. The magician takes the bottom pile and places it on the top one to form a cross shape. The magician asks the spectator a question to draw their attention away from the deck, then raises the top pile of the cross and asks the audience member to take the top card of the bottom pile. This technique has been shown to be extremely effective - the vast majority of participants fail to understand that their action of cutting the deck had no impact on their outcome card, and believe that they were in control of it.

Mind Control Tricks: Magicians’ Forcing and Free Will by Alice Pailhès and Gustav Kuhn was published on Thursday 25 February 2021 in Trends in Cognitive Sciences: https://doi.org/10.1016/j.tics.2021.02.001

The Goldsmiths’ MAGIC Lab uses magic to study a wide range of psychological questions around consciousness, attention, perception, magical beliefs, deception and free will. Visit www.magicresearchlab.com to find out more.

Gustav is an expert in cognitive psychology, studying how we perceive the world and manipulate people beliefs and experiences