A digital device used by nuns to help guide their prayers which was designed by Goldsmiths researchers is featured in a major new exhibition.

The Prayer Companion is being exhibited at the Big Bang Data show which runs at Somerset House in central London until 28 February 2016.

Created by the Interaction Research Studio, which is part of the Department of Design, the Prayer Companion was made for a group of Poor Clare Sisters who live in an enclosed monastery in York.

With a data-feed displaying the news stories and events of the day, as well as people’s personal issues, the table-top device was used by the nuns to provide a resource for prayers of intercession.

The nuns, whose everyday lives have changed little since medieval times, have taken vows of enclosure, and their only connection to the outside world is through occasional access to Catholic newspapers, mail, and limited use of the telephone and computer. 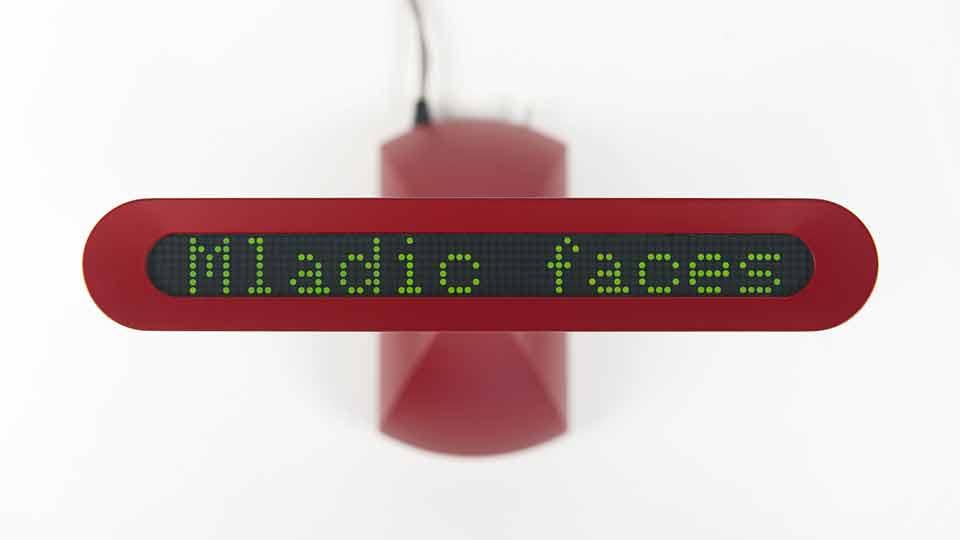 Designed to be understated and unobtrusive, the Prayer Companion subtly scrolls a ticker tape of issues across its top; its small screen can only be viewed from above and close-up, thus minimizing its distracting potential.

The device was designed specifically for the nuns and is the only one of its kind. “Goldie,” as the nuns call it, sits on a table in a hallway that they often pass through, scrolling news as well as the feelings of anonymous strangers whose blog entries are aggregated by the website We Feel Fine.

The Interaction Research Studio is run by Professor Bill Gaver and Andy Boucher.

Professor Gaver said: “Working with the nuns was an amazing privilege for us, and to have the Prayer Companion in Big Bang Data is icing on the cake.

“It’s a fantastic opportunity to show how data can serve spiritual and humanistic values rather than commercial ones, and to do so alongside world class work in a beautifully designed exhibition.”

The nuns have told Prof Gaver that “it has been valuable in keeping [our] prayers pertinent”.

The Prayer Companion was exhibited at the Big Bang Data exhibitions in Barcelona and Madrid, before the exhibition opened in London.

It has been exhibited at several other exhibitions both in the UK and internationally. The Museum of Modern Art (MoMA), New York, has one in its permanent collection.