Visitors to this month’s New Scientist Live event in London will be the first to experience Goldsmiths computer artist William Latham’s Organic Art in Virtual Reality.

Organic Art VR surrounds the viewer and places them inside strange evolving forms resembling sea anemones, ancient ammonites and multi-horned organisms with which they can interact. The forms the viewer sees are reminiscent of those one might encounter in an alternative alien evolution.

Bred and crossbred in software from multiple parents, Organic Art’s bizarre forms are created by a process of artistic evolution driven by human aesthetics.

The aim of Organic Art VR is to give viewers a surreal and immersive experience in which they shape the world around them. 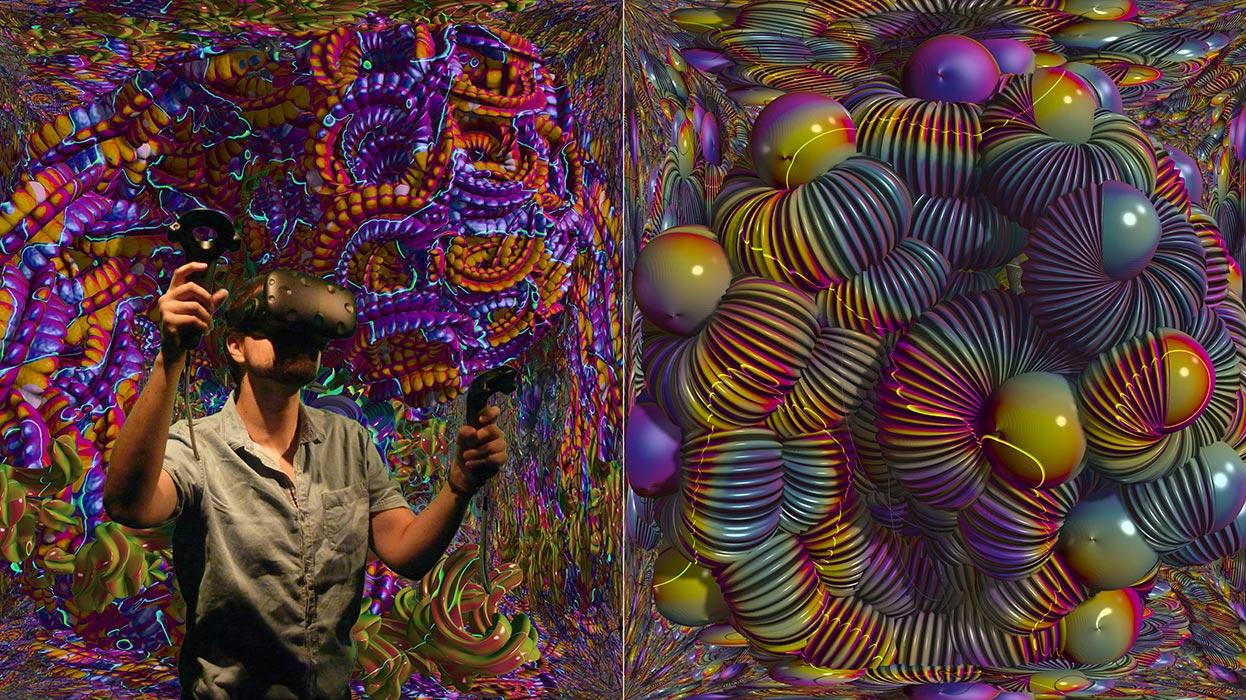 The inaugural New Scientist Live event, created by the team behind the world’s best-known science magazine, is a four-day festival of ideas and discovery for all the family.

British astronaut Tim Peake will open the show and visitors will see the latest science and technology including the Bloodhound 1000mph rocket car, the world’s leading robots and drones, Virtual Reality experiences, science workshops for all ages, more than 100 world-leading scientists, a robotic cocktail bar and plenty more. 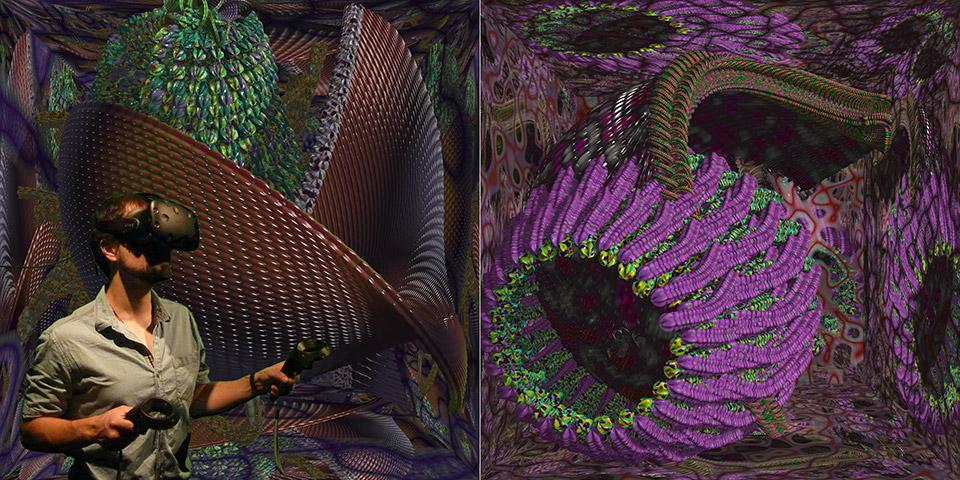 Professor William Latham is a computer artist, games designer, and entrepreneur with a background in computer games and rave music in the 90s and is co-director of the MSc in Computer Games & Entertainment at Goldsmiths. He is collaborator with Prof Frederic Leymarie on two major research projects using scientific visualisation with Oxford University and Imperial College. Visit latham-mutator.com for more.

Digital Creativity Labs (DC Labs)  – is a world centre of excellence for impact driven research, focusing on digital games, interactive media and the rich space where they converge, a collaboration between the University of York, Goldsmiths, Cass Business School and University of Falmouth. DC Labs is an £18 million investment by three UK research councils.