As the number of ghost tours continues to increase across the UK, new research from Goldsmiths, University of London explains why they have become such a popular activity.

By making dark histories comedic, often encouraging participants to laugh about tragic and violent events, ghost tour guides help break down the taboo of death as a subject, researchers argue.

They also explored the diverse styles of practice: whether tours were conducted by paranormal ‘experts’, actors, local historians, from the scripted to improvised, scholarly in approach or theatrical, on bus or foot, led or self-directed.

In a report soon to be published in the journal Urbanities - Journal of Urban Ethnography, they explain that through tales of death, a city’s history is brought to life, but in a way that is more entertaining than mournful because of the uncanny nature of ghosts.

As a particularly effective means of introducing a city’s history, ghost experiences also appeal to large numbers of non-believers because they still learn about a city and its history, while having fun. They are happy to sign up for a ghost tour rather than a history tour, because they want to be entertained.

Their research argues that it’s the mysterious, uncertain, nature of ghosts which allows tour guides to break social norms and turn tragic history into a high-spirited entertainment. It is a key reason that ghost tours, which are now so ubiquitous across UK cities that at least 30 run in London alone, are so different to other forms of dark tourism.

The study came about after one of the research team walked past a number of tours on their regular journey to and from York train station. Catching snippets from various guides, they admired the breadth of history being discussed: the story of a 1940s airman, anti-Catholic violence in Tudor times, Roman soldiers, Victorian industrialists, Guy Fawkes and more.

Dr Gavin Weston said: “Tourists are being exposed not only to tales of ghosts, but the historical context that invested the ghosts with meaning. Tourists get a sense of the city throughout its history in a way that residents rarely do.

“Ghost walks are spaces where taboos might be challenged out loud, in a similar way to comedy clubs. You can say darkly comedic things as a guide, and as a participant you are fully encouraged to essentially laugh in the face of death. We have even seen guides persuade participants to recreate violent incidents, but in a funny or ridiculous way.

“Even if the deaths being discussed are historically verifiable - they were real things that happened to real people - using the creepy lens of ghosts as a subject adds a paranormal distance or façade to death.

“It seems that the British spirit of ghost walks could even be considered therapeutic in helping us talk about and process violent pasts and help us talk about death and tragedy.”

The study also revealed an interesting trick of the trade, as one guide explained how he encouraged participants to believe in ghost sightings.

“One tour guide explained that supposed sightings were more convincing to his audience if he tells them that a child recently saw the ghost, because people assume that a child would lack the guile to lie,” Dr Weston said.

“On the other hand, the same guide suggested that other allegedly trustworthy witnesses of supernatural incidents include vicars, doctors, police officers, academics, and rather counter-intuitively, politicians!”

'Spectral cities: Death and living memories in the dark tourism of British ghost walks' by Gavin Weston, Justin Woodman, Helen Cornish and Natalie Djohari will be published in the November 2019 issue of the open-access journal Urbanities - Journal of Urban Ethnography. 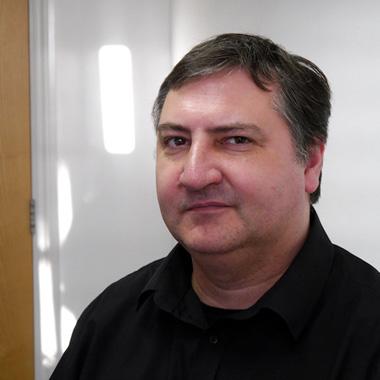 Justin’s interests are in speculative fiction, popular culture and racism and extremism within cultures of conspiracy.