How is Argentina coming to terms with its complex and often violent recent history?

Between 1976 and 1983, Argentina’s military dictatorship prosecuted a brutal ‘Dirty War’ against suspected dissidents that led to the incarceration and murder of thousands of people. Many victims of the Junta’s purges found themselves detained in a clandestine detention centres, including one located in Buenos Aires, at the naval training centre known as the ESMA located on the northern edge of the city.

Few made it out alive and the ESMA became notorious for torture and extrajudicial killings, including so called ‘Death Flights’ where prisoners were drugged, bound and thrown from aircraft into the Pacific.

In recent years, many of those accused of human rights violations during that bloody period are finally being brought to trial following the lifting of the legal immunity granted to members of Argentina’s military Junta.

In a parallel development, several of the clandestine centres, including the ESMA building, have been turned into official ‘Sites of Memory’ or museums, to tell the story of what happened there, even as the murky and complex truth is being established in the country’s courts.

In August, Goldsmiths sociologist Vikki Bell was awarded over £200,000 to investigate how the atrocities committed by Argentina’s military Junta in the 70s and 80s are being reconstructed by museums, forensic investigators and the law.

Bell is an expert on the way nations come to terms with the legacy of human rights abuses through judicial processes like truth commissions and also through cultural activities. She has travelled widely in Argentina and written extensively on the role of art in Argentina’s transition to democracy.

Bell’s research examines the different ways histories are pieced together and re-presented in different contexts. Legal, cultural, psychological and scientific ways of establishing and communicating about the past are all relevant in presenting the story of what happened, but do so in very different ways.

In November 2015, Bell travelled to Buenos Aires and Tucuman to interview experts involved in the ongoing trials of those accused of crimes against humanity. She spoke with prosecutors who struggle to make compelling legal cases from scant evidence and memories blurred by the intervening years.

Many of the defendants are getting old, as are the witnesses, survivors and relatives of the disappeared. As a result, critical voices insist that the trials have become problematic for political and legal reasons.

“We conducted some fascinating interviews with those who facilitate the presentation of evidence in these trials” says Bell, who met with forensic psychologists, architects and anthropologists. These experts “show how the law needs to gather knowledge and expertise from other disciplines around it in order to bring about its judgment.”

The psychologist Bell spoke to “works with those giving testimony in order to help them through the process without causing themselves more harm, or to present reasons why they cannot give testimony”, while the architect she met builds computer generated models of now demolished detention centres “to allow the courts to visualise sites that have disappeared”.

Bell also met with the Argentine Forensic Anthropology Team who are attempting to identify victims from mass burials through the DNA testing of human remains and visual and dating techniques.

For Bell, “the courts are not charged with telling the whole story, only in allocating criminal responsibility. And the legal task, although on-going, will end. This is the reason why other sites and spaces become so important.”

As the trials unfold in the media, the Argentine government has been continuing to establish public ‘Sites of Memory’ at ex-clandestine detention centres like the ESMA to preserve the memory of what happened for future generations. Bell is interested in how these museums are “giving shape to the story of the past” while asking “how they decide what to show, what to keep and where the boundaries of their roles lie?”

In November, Bell revisited the new Museum of Memory in Rosario, whose new director is an ex-political prisoner herself, and is committed to passing on the story of what happened through art works and educational tours for schools and tourists alike. Bell also returned to the sprawling site of the ESMA in Buenos Aires and was surprised to see how much has changed since her last visit just two years ago:

“The role of the Casino building where the disappeared were held has changed. In last few years the case was made that this site should be left empty, with educational visits only possible with a guide. Now the building houses displays and information for visitors.

As you enter the first room, you come across a film explaining the history of the dictatorship projected onto the walls. In the top of the building, the Capucha, where the kidnapped were held, there are now scenes from the recent trials projected onto the eves where the survivors describe their experiences in those very spaces.”

For Bell, this is an example of the evolving and complex relationship between efforts to bring perpetrators of crimes against humanity to justice, and the need to tell the story of the past to a new generation of Argentine youth, even as the truth emerges in real time through the courts.

With the recent election of centre-right president, Mauricio Macri, there are fears that efforts to connect the public with Argentina’s past through culture will lose their funding. The Sites of Memory may themselves become a thing of the past, as the government’s commitment to neoliberal ideals fixes its gaze firmly on the future.

Life after death – one photo’s story

Fernando Brodsky was kidnapped and killed by the Argentinian military in 1979. In this image, he stares back at the photographer through blackened, swollen eyes. It was smuggled out by fellow ESMA inmate Victor Basterra and has since been used as evidence in the trials of military leaders and even in an art exhibition.

The public circulation of the image and others like it have not only given a face to victims and an insight into the brutal reality of life and death behind ESMA’s walls, but have in some cases enabled witnesses to identify their torturers.

In 2010, Bell wrote how the case of the Brodsky photo shows how an image can tell different types of ‘truths’ for different groups in different circumstances. For the courts it’s a vital piece of evidence; for the galleries and general public it’s an arresting portrait of a young man stripped of hope. But for Brodsky’s mother, it’s the shocking final image of her son.

Vikki Bell’s research is supported by a grant by the Economic and Social Research Council (ESRC). Vikki Bell's co-researcher on the project is Mario Di Paolantonio from York St John University in Toronto, Canada. 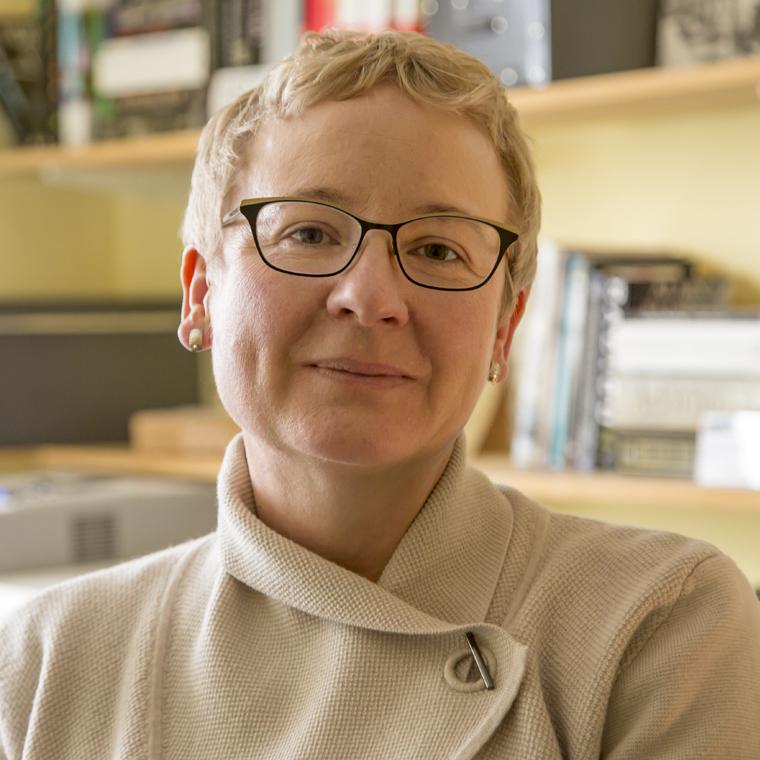