A Kurdish human rights lawyer shot during a press conference was most likely killed by Turkish police, a new investigation by Forensic Architecture concludes.

Forensic Architecture (FA), a research agency based at Goldsmith, University of London, took up the case of Tahir Elçi after Turkey’s state investigation into his death stalled.

Shortly before 11am on 28 November 2015, Elçi was killed by a single gunshot in the town of Diyarbakır, Turkey, during a press conference in the city’s historic district of Sur.

As chairman of the Diyarbakır Bar Association and a prominent human rights defender and peace activist, he had been speaking to the media to call for an end to ongoing conflict between Turkish security forces and the outlawed Kurdistan Workers’ Party (PKK).

Elçi’s press conference was interrupted when two members of the PKK’s ‘youth wing’ ran through the scene, moments after they had shot and killed two police officers nearby.

Police who had been at the press conference opened fire as the pair ran past, and over forty shots were fired. The only casualty was Elçi, who received a bullet to the back of the head.

It was not clear at the time of the incident whether the lethal shot had been fired by the PKK gunmen, or by the chasing police officers. The PKK gunmen were accused, but the police officers were not interviewed as suspects. The crime scene was not properly investigated, and potential evidence lost, according to the Diyarbakır Bar Association. 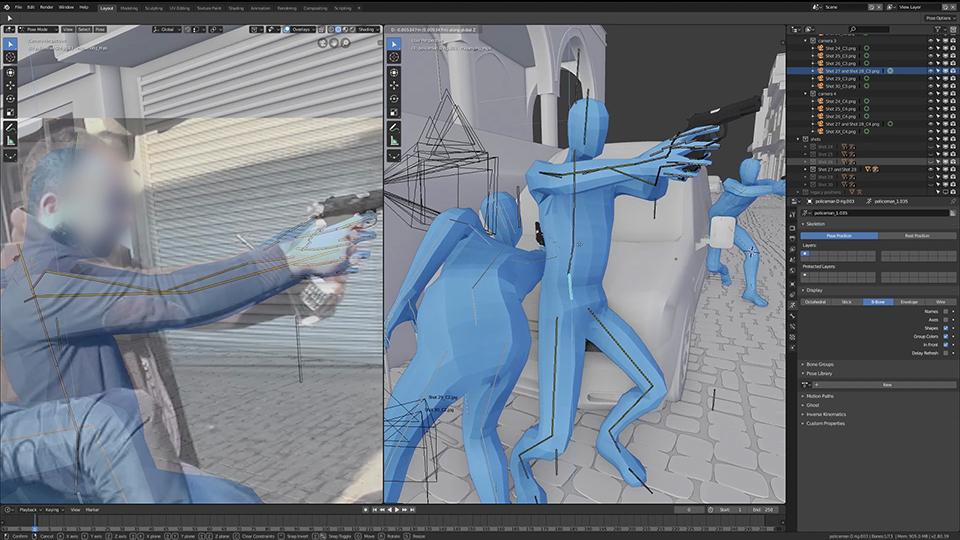 Commissioned by the Bar Association, FA has synchronised and arranged various pieces of audio-visual material capturing the incident and analysed each frame-by-frame. They have been able to narrow down the window of time within which Elçi was killed to less than eight seconds.

Their analysis also reduced the set of possible fatal shots from forty to just six. None of these were fired by the PKK gunmen. FA conclude that three police officers at the scene had a direct line of fire toward Elçi and any of those officers could have fired the fatal shots. Only one officer had an unobstructed view toward Elçi while discharging his weapon.

Following the shooting, Elçi was left unattended and without medical aid for ten minutes.

Professor Eyal Weizman, FA’s director, said: “Both the killing of Tahir Elçi, a peace activist and a human rights defender, and the state’s apparent lack of willingness to investigate that killing demonstrate a disturbing disregard for human lives, and human rights. It has been left to international civil society to undertake a complete and independent investigation.

“Relying only on evidence that is already available to the state, we have been able to narrow the focus of the question of who killed Tahir Elçi. Of course, our undertaking does not absolve the Turkish state of its responsibility to adequately investigate the circumstances of the death of its civilians.”

On 14 December 2018, FA submitted their report to the public prosecutor in Turkey, alongside a list of demands from the Bar Association, and on 8 February 2019 have published their investigation’s results through a video and written report.