Measuring just 120cm x 70cm x 50cm, the smallest escape room game in the world has been designed and built by a Goldsmiths, University of London student.

The Subject is an installation for two or more players that takes classic escape game ideas and shrinks them; the play area is a small, dark box intended to induce claustrophobia, desperation and dread.

Writer and game designer George Larkwright created the experience in response to the trend for escape rooms at corporate events, where players finish the game “giggling and merry and ready for a selfie.”

The game is designed for two players: Player One is locked inside the box, and Player Two has to help them escape. Inside the box is a pencil, paper, flashlight, and a series of cryptic messages and clues written across the walls. Outside the box is a coded lockbox and another series of documents. Players must cooperate to piece together the different information available and solve the puzzles to unlock the box. 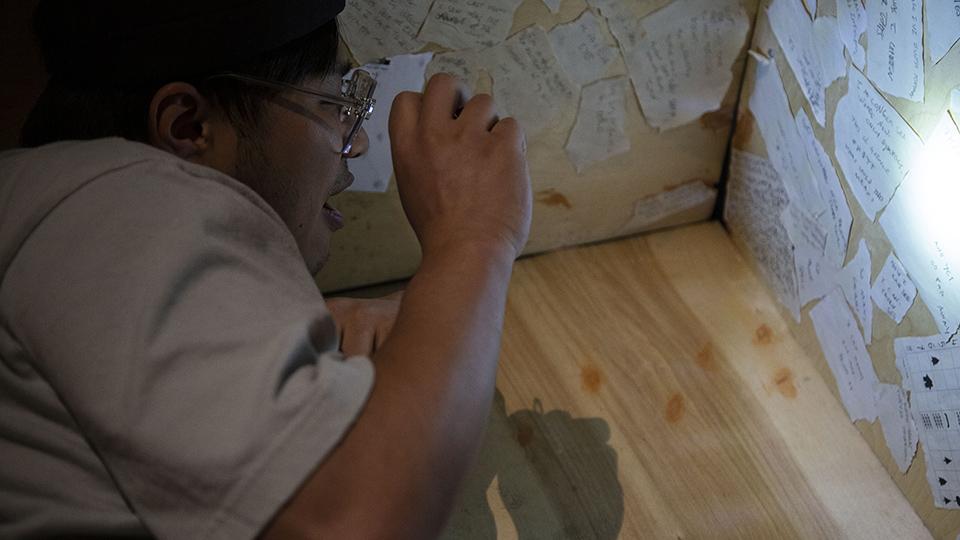 The idea first came to Larkwright after he watched a scene in Tarantino’s Kill Bill 2 in which The Bride is trapped in a wooden coffin.

He said: “Escape Rooms are increasingly popular, they’ve become a middle-class millennial party experience or corporate team building gimmick. They’re an experience driven by social media for social media: the goal is now to get a ‘we escaped’ selfie at the end.

"I want to strip users of their phones and lock them in a box with only a torch and their own ingenuity. I don’t want people to finish the game and be giggling and merry and ready for a selfie."

"I want participants to emerge haggard, almost aged by the experience, but also triumphant, proud of navigating a game that is both physically and mentally taxing.”

The game's narrative draws on the horrifying histories of wartime human experimentation and Cold War CIA ‘mind control’ programmes. Each player experiences a different half of the narrative: Player One is The Subject, a prisoner of war locked up in a laboratory, and Player Two is a secret services operative tasked with freeing them.

Using his extensive experience writing for theatre, Larkwright wanted to write a discoverable rather than a spoon-fed narrative. During the experience, Player Two can learn more about The Subject, where they came from, and what the purposes of the experiments conducted on them are. Player One’s story is focused on delving into the psyche of The Subject during their ordeal. 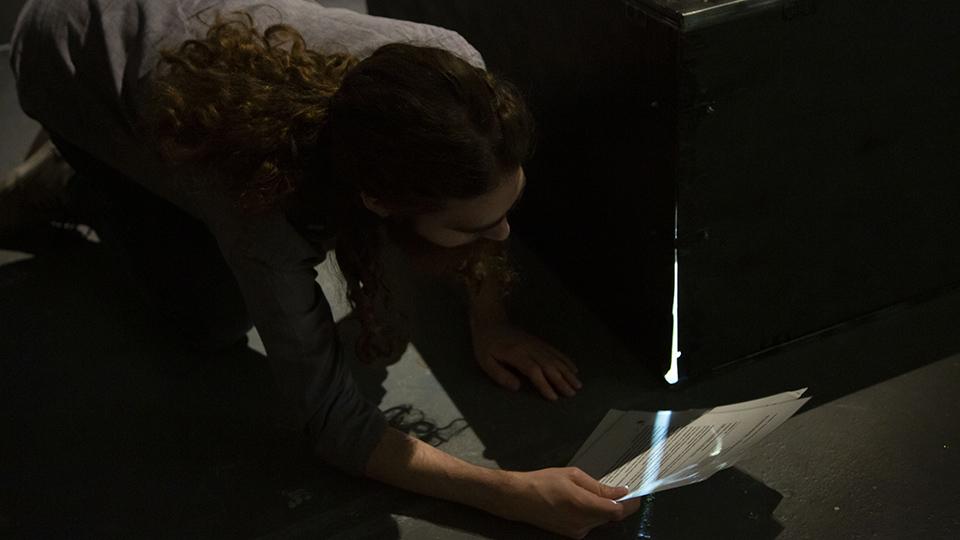 After its showing at the Experiments in Play show, Larkwright plans to rebuild the box with a greater focus on portability, before taking the project on tour next summer.

Find out more about the work of George Larkwright at georgelarkwright.com

The Subject is part of the Experiments in Play show at St James Hatcham, New Cross, London which opens on Thursday 19 September (6-10pm) and is then on Saturday 20 and Sunday 21 September (10am-8pm). Find out more at experimentsinplay.com

Experiments in Play is an exhibition of experimental playful experiences that sit at the intersection of games, interactive design, and creative technology. Projects include physical performances and workshops, interactive literature, VR and AR experiences, alternative controllers, and playable works of art, as well as more traditional video game and board game experiences.

Find out more about MA Independent Games and Playable Experience Design at Goldsmiths.