This course will teach you how to use game design to develop aesthetic awareness, and create meaningful experiences. Students learn how to build compelling mechanics, craft innovative narratives, and develop immersive playable environments. Together, we will push games into new territories and intellectual domains.

As technologies have integrated into our everyday lives, elements from games have been woven into everything, from the way museums educate the public, to how scientists do cancer research. With the rise of mobile games, console creators no longer hold a monopoly on gaming platforms. This new-found freedom has resulted in an explosion of independent games – from putting players in immersive augmented worlds, to telling transformational personal narratives, these new experiences are redefining the rules of play.

Games are now part of everyday life. As a result, markets previously dominated by traditional media have begun to leverage the ability of games to tell stories, generate knowledge, and educate the public. An explosion of games and apps has created a new breed of entrepreneur, who uses small teams to create projects accessible to millions. This rising market has become a driving economic reality within the UK.

If you have specific questions about the degree, contact Federico Fasce.

You will study the following modules:

Additionally, a selection of optional modules to the value of 15 and 30 credits will be provided from an annual list for each term and will be made available by the department. 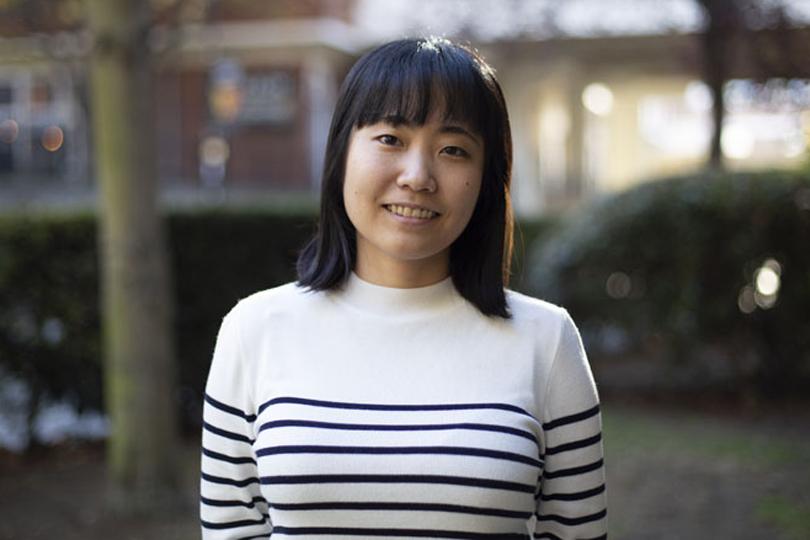 I feel fulfilled every week after classes and assignments, even though they make me exhausted.

"I worked in the Korean game industry for about 6 years. During the time, I always felt a desire of self-development, and the narrowness of the local market made me dream of studying abroad. One day in 2017, I happened to find the MA Independent Games and Playable Experience Design, which I am on now. It was fascinating, well structured and most of all, unique. I could not find any similar course in the UK.

I recieved offers from two other universities, but I chose Goldsmiths because the other courses didn't speak to me as much as this one – I had already fallen in love with it. An interview with my professor, Phoenix Perry, was also one of the key factors in choosing Goldsmiths. Her passion and research were admirable, and I really wanted to study under her.

I am now in the second month of my course, and quite sure I made good choice. Students are nice and creative, and teachers are enthusiastic. Modules and classes are fairly interesting and helpful. I want to be a stand-alone developer, and my course supports my dream so far. I feel fulfilled every week after classes and assignments, even though they make me exhausted."

You should have an undergraduate degree of at least upper second class standard with an interest in and capability for working in interdisciplinary contexts using technology. In exceptional circumstances, outstanding practitioners or individuals with strong commercial experience may be considered.

Admission to many programmes is by interview unless you live outside the UK. Occasionally, we'll make candidates an offer of a place on the basis of their application and qualifications alone.

Federico Fasce has a background in game design and media studies. He has been working in the games industry and other related fields for more than 20 years. His interests lie in the meaning of games and play as languages, and in how and why people play games and get meaning from them, particularly from an anthropological point of view.

When designing games, Federico focuses on emotions and on how game mechanics can be used in order to facilitate a given feeling or deliver a certain message. He is currently self-producing small games that explore relationships and love.

He has a wide experience in applying games to other fields and has been working as a consultant and game designer with several international clients like Heineken and Ferrari. He has designed and developed three research games for King's College and he designed several game-like museum experiences.

He has also worked as a creative technologist for The Guardian, taking part on an experimental project about journalism in Virtual Reality. At the Guardian, he helped to design and produce several award-winning VR experiences.

Federico has been a mentor for several game design students, both informally and inside the LCC mentoring program. He strongly believes in shared knowledge and in the importance of building a community, and always tries to empower mentees and students. He has also taught game design in several institutions in Italy, has organised game design and fast prototyping workshops.

He has cofounded Game Happens, a cultural association in Italy exploring the borders of the game industry. The association organizes an annual event in Genova where people talk about game design and development.

Immersive experiences, including virtual and augmented reality, are the most exciting new mediums to emerge in the 21st century.

This MA responds to the pressing need for a high quality postgraduate degree serving the computer games and entertainment industries. The emphasis is on games design, art and animation, and will also develop the fundamentals of computer programming, entrepreneurship/business, and your own practice. You'll also be able to work with industry partners. 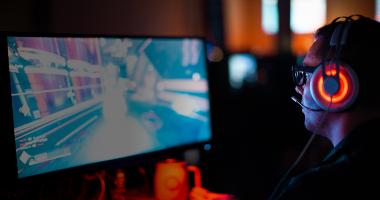 This industry facing course has been developed to address the needs of the computer games sector, a continuously growing worldwide market, now larger than the film and music sectors combined.